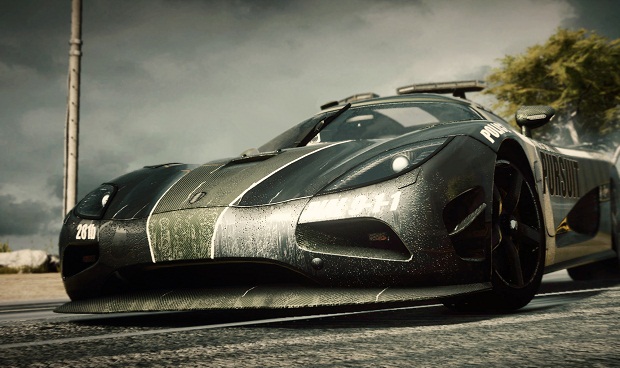 It’s all about All Drive

Autolog is perhaps the single most addicting gameplay mechanic to hit the Need for Speed series to date. In Rivals, autolog is back and promised to be bigger and better than ever. That said, it’s not even what has most blown my mind with Rivals. That honor goes to the all new “All Drive” system.

With the All Drive system, offline and online worlds seamlessly blend to provide experiences that theoretically will never be the same. My hands-on time had me following the career as a cop — the game is all about cops vs. racers, and supports two full career modes — where similar to past entries I was challenged with busting racers. A simple drive against AI controlled vehicles, with a handful a mini-challenges to keep things varied.

That is, until one of the cars that drove by was a racer playing on another console near by.

When this happened the game instantly altered into a high speed pursuit, with the new human controlled racer as my main target. On their end, the simple race they were having now became a race with the cops trying to take them down.

Spike strips, EMP blasts, and turbo boosting to the finish line felt more satisfying than ever. Rivals looks fantastic and plays like you’d expect even though it’s being developed by new comer Ghost Games. There is tons of Criterion talent and oversight keeping this title on track though, so if what I both saw and heard lives up to the promise, Need for Speed Rivals should hands down be the craziest entry in the series to date.