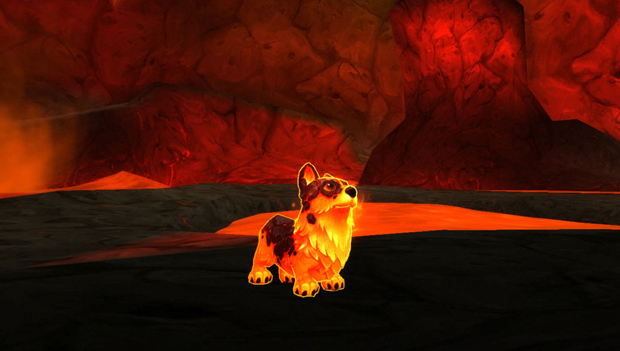 Yes, there’s nearly been a decade of WoW

Oh, so that’s how you get me to write about World of Warcraft — corgis.

Blizzard has a number of plans for the MMO giant’s tenth anniversary this November. The notable one, at least to my eyes, is a Molten Corgi pet, obtainable simply by logging in during the celebration. You don’t want to be the person who missed out on that companion.

For max-level players, the anniversary will also see a special 40-player Raid Finder version of Molten Core. Take down the Firelord for an Achievement and a Core Hound mount.

Lastly, in a nod to early days of PvP in World of Warcraft, Blizzard is opening a Team Deathmatch-style Battleground based on the Horde and Alliance’s power struggle in Tarren Mill vs. Southshore. This time, “there will be a clearly defined victor.”

Gearing Up to Celebrate 10 Years of World of Warcraft [Battle.net]