Now that the dust has settled on last year’s holiday releases and we’re comfortably into 2017, it’s safe to look back wistfully at everything you might have missed. There were a lot of big titles that launched in the September through December period; almost everyone surely had to skip something because of the sheer bulk of it all. Names like Battlefield 1, Gears of War 4, The Last Guardian, and Pokemon dominated the conversation.

Here’s how it works. We have a promotional code that you’ll need. Go to Amazon and add World of Final Fantasy to your cart. At the checkout screen, enter “25DTOIDWFF” in the discount code field. Voila! You should be good to go.

There are a couple things to note: This deal is only valid on Tuesday, January 31 until 11:59pm Pacific. After that, the code vanishes into stardust or something. Also, if the discount isn’t applying properly, make sure that the one you’re buying is sold by Amazon. To change that, navigate to “other sellers” and find the listing where Amazon is the seller. 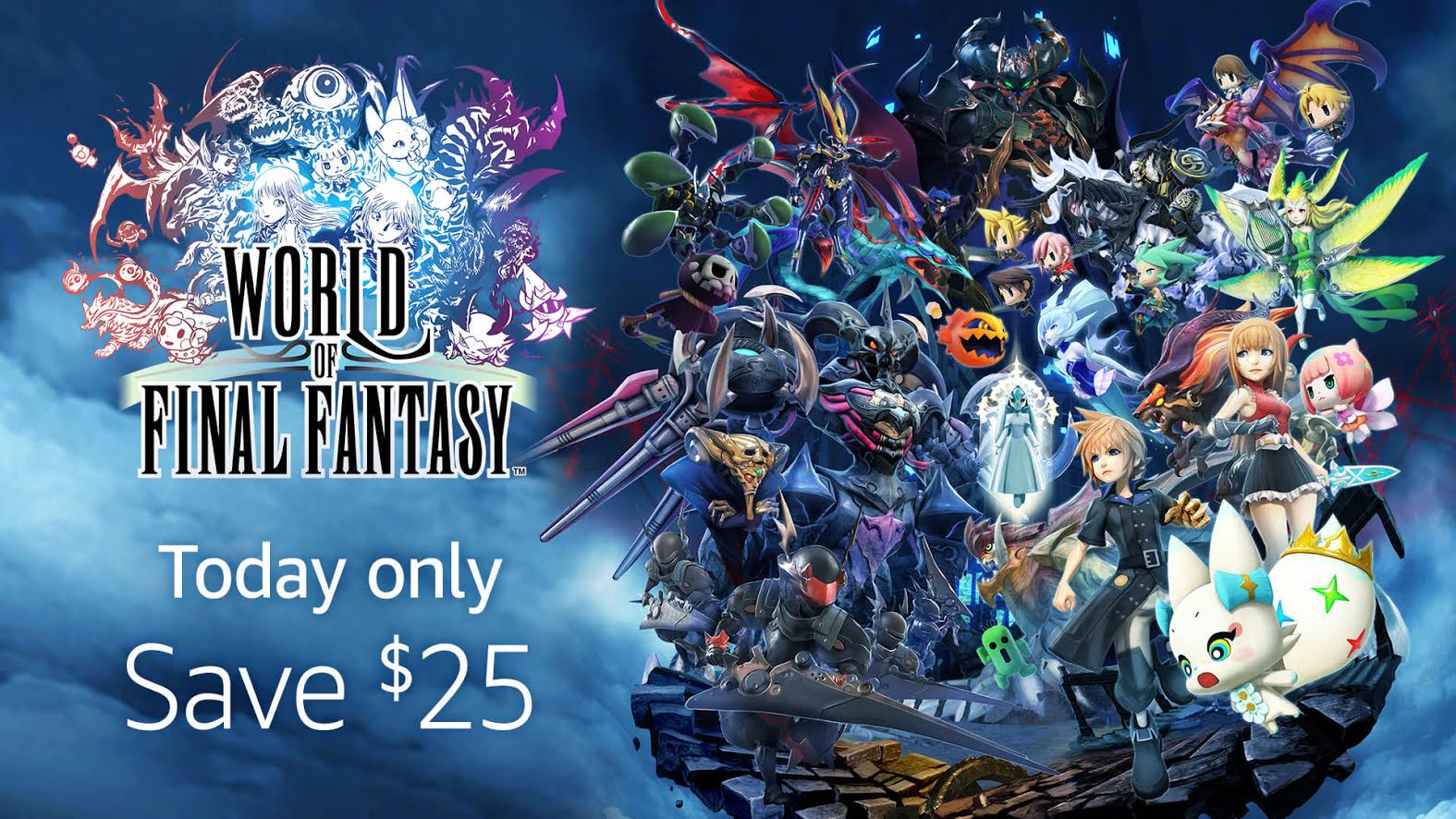