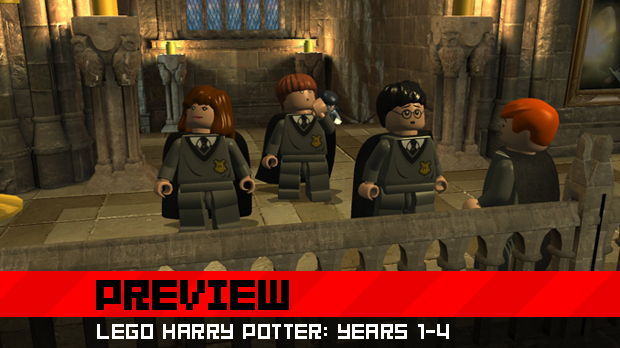 As far as fandom goes, I would have to say that Harry Potter, at least for me, reigns on top. I don’t know what it is, but something about the world that J.K. Rowling created that stands out as a marvelous and creative bit of literature. Sure, there is not much about the books, the films, or the games that makes them high…art, media, whatever, but there is a basic element that makes them very satisfying.

Now, as far as the Lego franchise of games based on other IPs, things have been pretty spiffy. Star Wars, Batman, and Indiana Jones have all proven that morphing a franchise into yellow minifigs and breaking down plots to over the top slapstick can be fun. Not a bad thing, these games have been great for people of all generations, and Harry Potter is the next logical step.

So as a major fan of Harry Potter, I was very interested in seeing how Traveller’s Tales is going to represent a franchise I love. Sure, fans of these Lego games pretty much know what to expect, but I was curious to find some of the new features they are bringing in. So toss in your Floo powder and say with me “After the jump!”

Really corny joke aside, if you are coming into Lego Harry Potter: Years 1-4 looking for a wholly new experience over Lego Star Wars, Lego Batman, or the Lego Indiana Jones series, you’re going to be very disappointed. After all, the Lego franchise has been set in, well, plastic bricks for a while now. You’re going to be breaking objects all over the place. You’re going to be collecting bricks. You’ll be unlocking characters, doing co-op, watching narratives run in a goofy and fast manner — basically, playing a Lego game.

That’s not really a bad thing, as the Lego franchise has been pretty good since the beginning, and Traveller’s Tales has been good with placing all sorts of fan service in their games. Subtle nods from the first four books are throughout the game, and with 140 playable characters, fans of the series will surely find some odd combinations to play with. One awesome moment was in the Chamber of Secrets portion of the game, where Harry enters the memory of Tom Riddle. In this level, players can play co-op or switch between the colored Harry or the sepia-toned Riddle. It’s not often you get to play as He-Who-Must-Not-Be-Named. 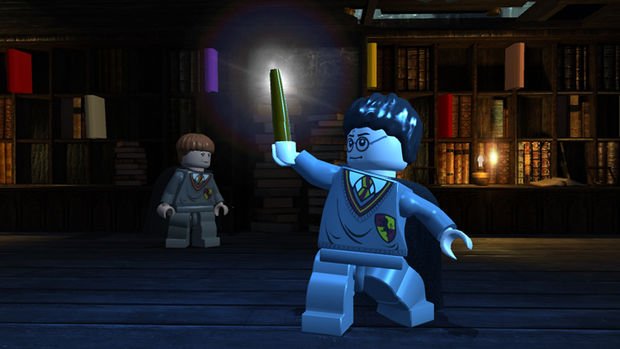 For fans like me, being able to play as 140 characters sure means a lot. Most of those characters are wizards or wizarding folk, so as opposed to other Lego games, each character will have a multitude of spells and abilities. It’s pretty neat, and Traveller’s Tales has a logical system of assigning spells. Early on in the game, for example, Harry will not have any spells, and he has to go to class to learn new abilities. Hagrid, on the other hand, has a lovely pink umbrella that will blast out a zap spell, or the finicky Wingardium Leviosa. By the time you get to the part of the game covering the fourth book, Harry, Hermione and Ron are going to that much more powerful, along with many of their classmates.

The fear system of the Lego Indiana Jones games does not come back; however, many of the characters have personalization with the Riddikulus spell on hand to deal with Boggarts, and many will also be able to unleash a Patronus, which, like the books, will be character-specific. When given a broom, Harry can fly around, while Hermione is utterly incapable, flopping around as she flies. Ron is better than her, but very slow. 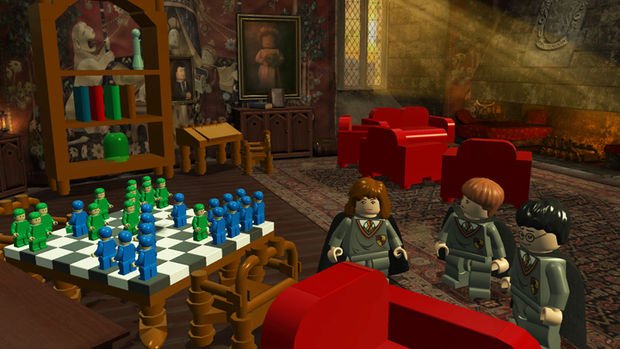 This character specialization continues with special abilities. Ron, for example gets Scabbers the rat; Hermione can use her Time-Turner; and Harry can use his invisibility cloak. This is just scratching the surface, and fans of the franchise will have a great time finding all of the references to the books and films. With 140 characters, there are going to be a lot of these special hints.

Lego games are known for their deconstruction and construction of Lego-built objects. A new feature of Lego Harry Potter games is the inclusion of actual building mechanics. It’s mostly related to simple puzzles, and seems to require Wingardium Leviosa. When an object can be built, it has a purple halo around it. Bust out the spell, move the object around, and lock it in place. Simple, and a nice logical step for these games. 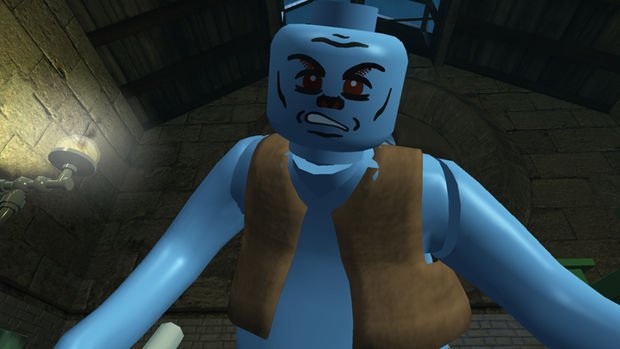 Like all the Lego games, everything is done with bit of tongue-in-cheek irreverence. Everything seems a little bit more inspired by the films, which is a disappointment for me as a hardcore fan of the books. However, the game is obviously funnier than the film. From tossing gnomes into basketball hoops, to riding lawnmowers at Ron’s house, The Burrow, to silly acting moving paintings, this is certainly the Harry Potter universe — but much more over-the-top.

One thing I found a little disconcerting was how the game world uses a lot of very realistic textures and backgrounds. It looks a lot like the film, but has a bit of a disconnect from the Lego elements at play. It probably won’t be a problem for anyone other than myself, but there you go. 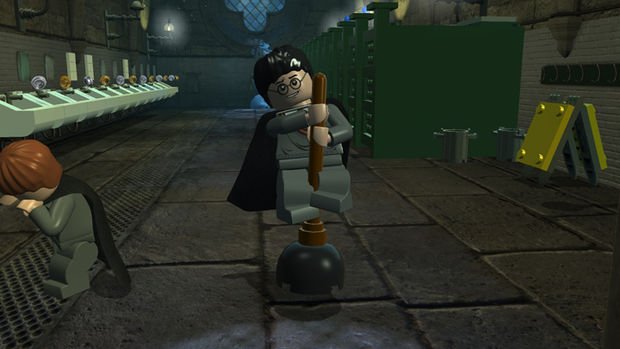 I was shown the 360 version of the game, so I asked about the Wii version. It seems that everything from the 360/PS3/PC version is going to make that title, but Wii players will be able to use the Wii Remote to direct spells. There’s no other motion support like the comparatively well-received Wii Harry Potter games (which, alas, I am a fan of), and there is no MotionPlus support, either.

I think the best thing you can come away with is that Lego Harry Potter is a continuation of an already established franchise and IP. If you like one or the other, it would be easy to assume that the game is going to be an entertaining experience.