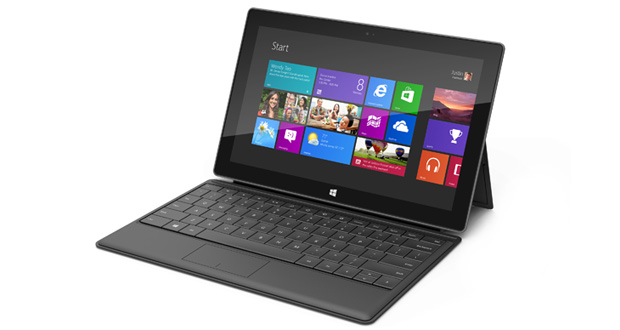 Does Microsoft stand a chance in the tablet market?

We all knew it was only a matter of time before Microsoft would be launching their own tablet, but a release date has finally been announced: October 26, 2012.

Microsoft’s entrant into the game of tablets is the Surface, a 10.81″ by 6.77″ tablet with a 10.6″ display, NVIDIA T30 CPU, and 2GB of RAM. It covers of the basics found in most tablets on the market right now: two HD cameras at the front and rear of the device, microSD card reader, and HD video outputs. The Surface will also come with Microsoft Office Home & Student 2013 RT preview version, as well as Internet Explorer 10, SkyDrive and a hand full of unannounced games.

The Surface will be available in two versions at launch: a 32GB model and a 64GB model with Touch Cover included. The 32GB Surface tablet is priced for $499, with an alternate version with the Touch Cover priced $599, and the 64GB model priced at $699. All models are available to preorder at Microsoft’s online store; and with killer apps as Internet Explorer 10 and a preview version of Office 2013, I’m sure they will just fly off the shelves.