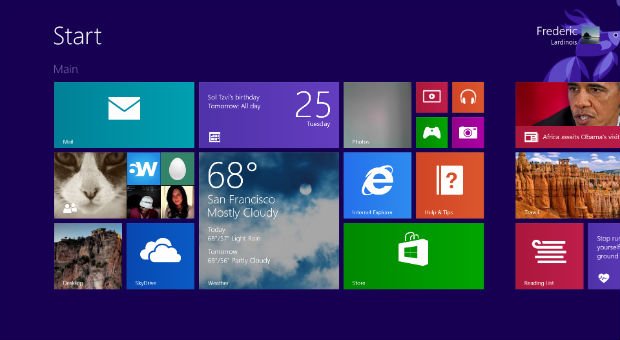 In a marked change of pace for typical Windows releases, Terry Myerson, head of Microsoft’s Windows and Xbox software division, demonstrated a prototype build of a hybridized Start Menu. Combining the classic function of the Start button, along with the ability to dock live tiles inside of the menu, this heralds the possibility of the mobile/desktop integration that Microsoft has been touting as finally becoming a reality. This update comes as a pleasant surprise as Windows 8’s development roadmap was only believed to contain one major update, which has already been released as Windows 8.1.

Also in the works for this new update is the ability to run Metro apps in, well, windows. Crazy, right? This could be a major boon to Microsoft’s storefront, which unfortunately seems to go unnoticed due to those apps being dependent on the Metro interface. I know I wouldn’t mind so much having alternate means of using my favorite websites if they didn’t explode into my face every time I clicked on them. Figuratively, of course.

Down the road for Windows development is the merging of Windows RT and Windows Phone into a singular entity responsible for powering smaller devices. Microsoft has announced that this new version would be free for any device whose screen is under 9 inches. This merger is indicated to be part of a big move for the release of Windows 9, slated for Spring 2015.

Look for Windows 8.2 or whatever it’s going to be called in August 2014. Hopefully they won’t push this update back until Windows 9. For those of you who just can’t wait for that good ol’ Start Menu lovin’, there are still alternatives such as Classic Shell or Start8.

Windows 8 Start Menu set to return in August [The Verge]