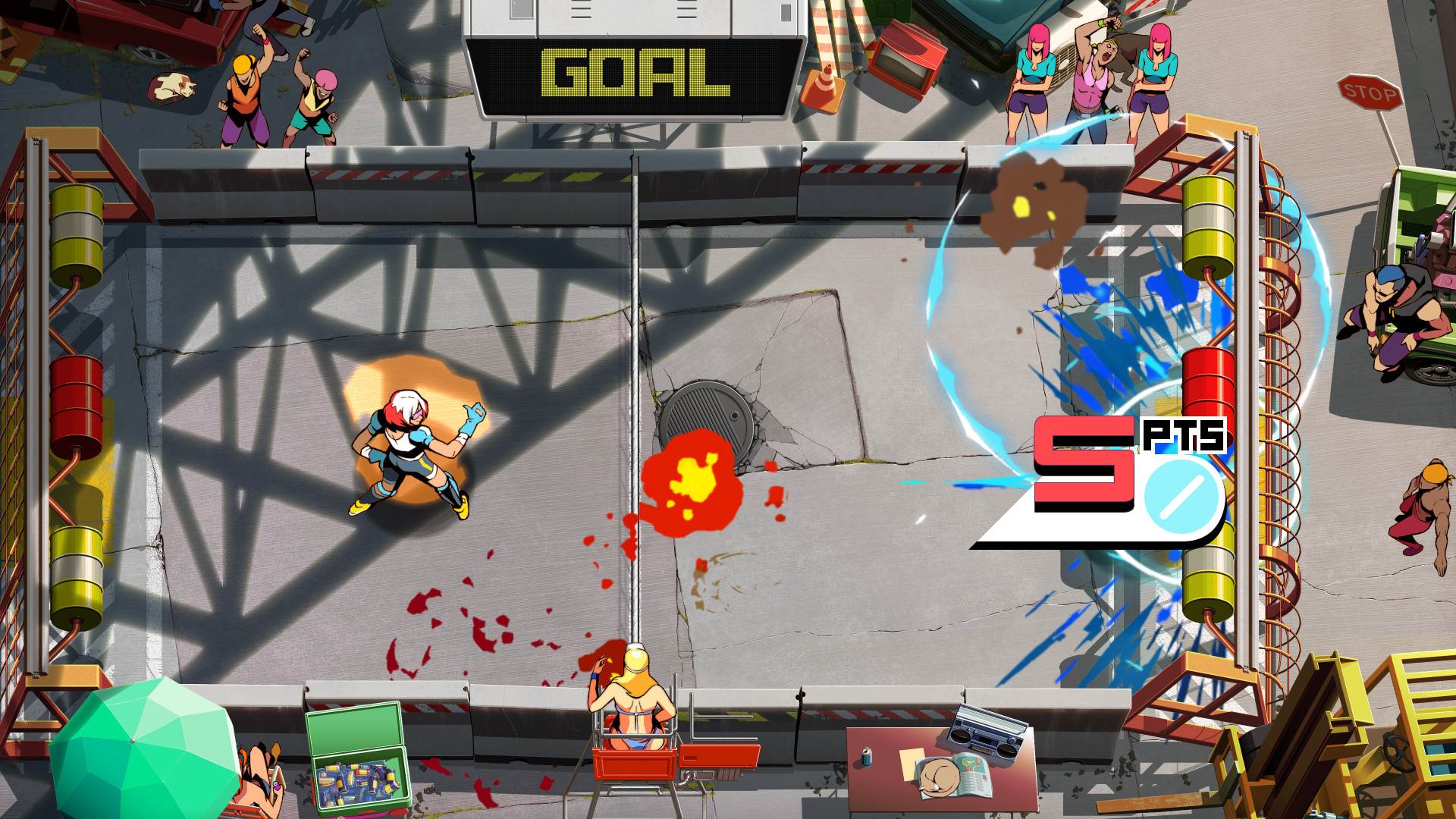 Plus, it locks in both PS4 and PS5

The summer is still going strong, and Windjammers 2 will be closing it out with an open beta. Dotemu announced today that a Windjammers 2 open beta will go live tomorrow, Aug. 11, and run through Aug. 22 on PlayStation 4, PS5, and PC via Steam.

Alongside this announcement, Dotemu also confirmed PS4 and PS5 as platforms for Windjammers 2. (The disc-slamming sports showdown had previously been confirmed for PC, Nintendo Switch, and Google Stadia.) Now PlayStation owners will both get in on the open beta action, and eventually the full game.

The Windjammers 2 open beta will have Steve Miller, Biaggi, Sophie de Lys, and Gary Scott as playable characters. It’ll also take the action to beaches, stadiums, and rooftops. PS4 and PS5 owners can battle head-to-head, while Steam players can compete within leagues during the open beta.

For those who haven’t checked it out before, Windjammers is a mix of Pong, frisbee, and oddly enough, fighting games. Competitors toss the frisbee back and forth in volleys, trying to slam it into their opponent’s goal. Characters all have different amounts of power and speed to bring to the table, as well as special throws to really spice things up.

It weirdly feels like I’ve already been playing Windjammers 2 for a while; it was a demo in a recent Steam festival, and it’s one of the games I fondly remember playing a lot of when in-person events were still a thing.

Dotemu’s successor to the cult sports classic has definitely been fun to pick up and play every time, though, and it’s making some good decisions for its online play. Hopefully an open beta means a release date might be on the horizon soon.