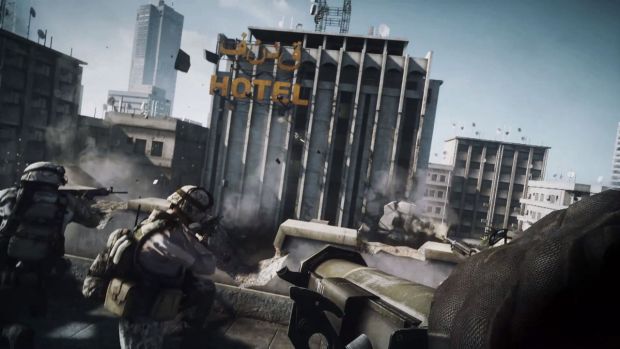 [Update: Contest over! Winner is Noxitee!]

Every Saturday, Conrad Zimmerman and Jordan Devore get up super early and livestream games that they probably suck at. It’s just like when you were a kid! Except instead of watching Saturday morning cartoons, it’s two dudes with amazing facial hair.

The show starts up at 10AM PST later today on Twitch.TV and on this episode the guys will be giving away a code for Battlefield 3 on Origin. You’ll have to watch the show in order to find out how to win the code.

In case you haven’t heard, we’re going to be giving out BF3 codes all weekend long as part of our match against the Origin team at Electronic Arts. They challenged us to Bad Company 2 and on the line are bragging rights plus 20 more Battlefield 3 codes to give away on Destructoid.

That’s not all! We’re also giving two more codes for Battlefield 3 and you can enter to win that over on the Destructoid Show by subscribing, leaving a comment plus a thumbs up on the latest episode. The EA Origin team are also giving out codes on their Twitter and Facebook.