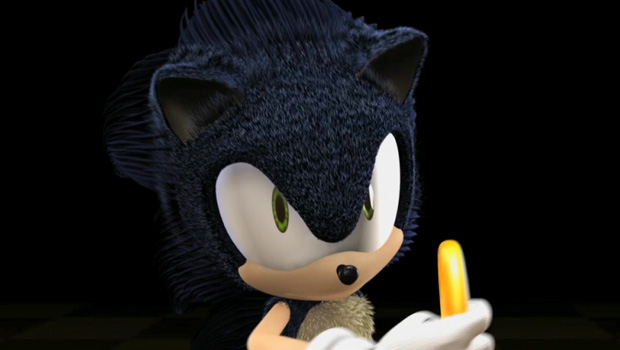 Remember hearing about that Sonic fan film a while back? To refresh your memory, Eddie Lebron, the director of the not-half-bad Mega Man movie, is working on a 10-to-20-minute short film starring that other boy in blue. It will be live-action with a CGI lead, brought to life by none other than the one true voice of Sonic, Jaleel White.

A trailer has finally been released — you’ll have to visit the official site to view it, though. First impressions: what is with that Sonic model? What is that thing? It looks like a deranged Easter Bunny! But the orchestrated Green Hill theme is incredible, and hearing Urkel again as though he never left is a total fanboy trip. His voice may be a little less whiny than back in the day, but that’s not a problem, is it?

Official Site of the Not for Profit [Sonic Fan Film]

Filed under... #Offbeat#Sonic#Things gamers do