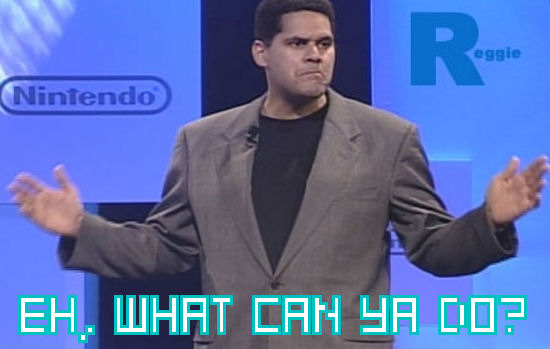 Despite promising that Nintendo will be able to ship a huge amount of Wiis to the US this Christmas, Reggie Fils-Aime has now stated that the ‘unprecedented’ amount of Wiis just won’t be enough to stop the little white console from selling out during this looming holiday season, making it the second time that children will weep with disappointment when it comes time to open their presents.

“The issue is not a lack of production. The issue is we went in with a curve that was aggressive, but the demand has been substantially more than that,” explained the beef-flavored Nintendo of America head. “And the ability to ramp up production and to sustain it is not a switch that you flick on.” The hamburger fisted boss doesn’t even try and give us hope that everyone will be happy. He stated on the record that Nintendo simply won’t manage to provide a Wii to every American that wants one.

This will be the second holiday period in a row during which the Wii will be less than available to the masses, something that is quite amazing in and of itself. Do we believe Meaty Reggie when he says that the Wii is still so super popular that they don’t have enough, or is it the old business trick of creating demand by holding off supply? All I know is, if demand is so high, no wonder Nintendo doesn’t feel the need to keep customers around with more games.