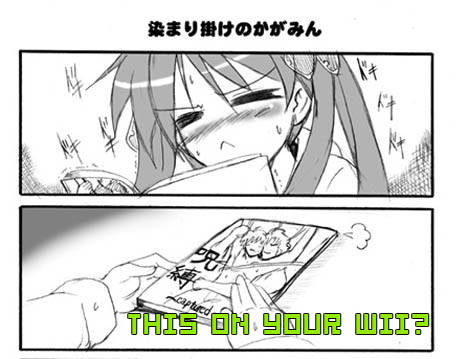 The whole thing kicks off with a new, original manga produced by Reiji Matsumoto, creator of Space Battleship Yamato. IGN says that the company plans on first distributing the manga through the new WiiWare service, then expanding the new property to games, anime, books, pachinko and other media. They have created a new brand called Sunsoft Books for this new type of distribution.

There’s no word on pricing or other titles yet.

As cool as this sounds, I wouldn’t count on this coming to the US version of WiiWare. While us folks at Japanator get manga, the rest of the US does not. And, unless it was priced right, I don’t think it would win against the other way of viewing manga on the screen. Yeah, that way.