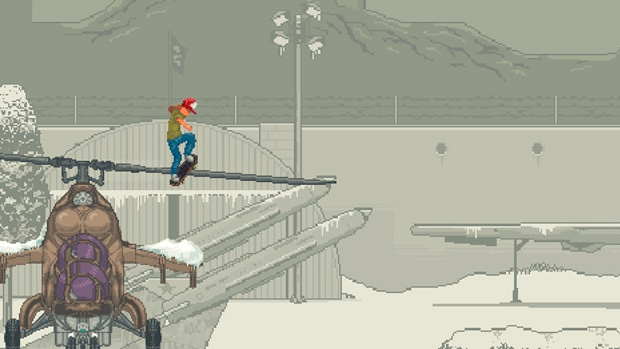 Hot new PlayStation Vita exclusive OlliOlli was once on the verge on making a run at the App Store. That didn’t happen, obviously, but developer Roll7 had a working prototype for its skating game designed solely around touch controls. So, how and why did the studio come to ditch the booming mobile market for Sony’s struggling portable?

OlliOlli was a much more difficult game in its original state. It demanded absolute perfection. Then a chance encounter at a games conference (and suggestion from a colleague) pushed the title toward buttons, analog sticks, and Sony.

“We went in and showed [Sony] the game, and they were really into it,” Roll7’s John Ribbins revealed in an interview with Gamasutra.  “They gave us a shot, asking if we wanted to bring it to Vita instead of iOS.”

Sony funded the project, and the change of platforms and inputs resulted in a very different game. Not only is the final product a lot more accessible than its early prototype, but Ribbins says submitting Sony QA, was very beneficial for his team.

“It’s helped us grow, and we learned a heck of a lot from that, and having to think about stuff I don’t think we would have ever thought of if we were just self-publishing onto PC.”

How skateboarding game OlliOlli skipped over iOS, and onto Vita [Gamasutra]