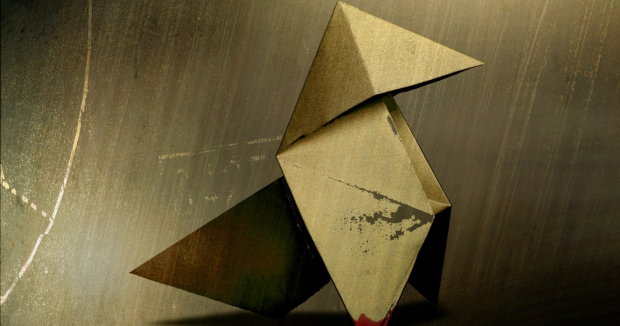 “Video games by their nature require player choices, which is the opposite of the strategy of serious film and literature, which requires authorial control.”

Roger Ebert said this. He is correct.

Now, that’s not enough reason to discount an entire medium as being incapable of producing “high art” — it might be true if games were nothing more than yet another linear storytelling medium, though they obviously aren’t — but it goes a hell of a long way in explaining why Heavy Rain has been so divisive.

During an average Heavy Rain playthrough, two forces constantly compete over control of the characters: the player, who wants to see interesting things and feel like his input actually matters to the story, and the actual characters, who simply want to be true to themselves.

This is what Ebert was talking about. This is why, for many, Heavy Rain just doesn’t work.

(Spoilers for the film Se7en, and Heavy Rain. Joseph Leray gave me the idea for this editorial.) 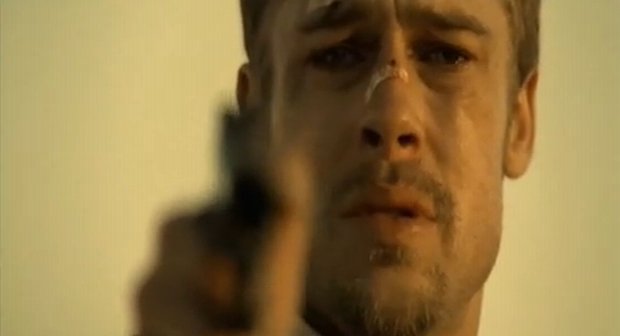 Think back to the movie Se7en. Remember the ending? Not the big, shocking, oh-god-that’s-so-gruesome-but-kinda-cool twist, but the scene that directly follows it.

Detective Mills, having lost everything dear to him, has to decide John Doe’s fate. He desperately wants to avenge the death of his wife, but Somerset has warned him: John Doe wants you to kill him. He wants you to be overcome by Wrath.

What if we could choose whether or not Mills should pull the trigger? What if, as Heavy Rain so often does, we were allowed to decide not only what Mills should do, but subsequently who he is as a person, and what the overall theme of the film should be?

On the one hand, that’d be a satisfyingly difficult choice to make, in the context of a BioWare RPG or whathaveyou. No clear “right” answer. Could be a pretty suspenseful moment of contemplation for the player.

On the other hand, Mills is already his own character: he went through the entire film getting into arguments and beating up paparazzi. If the player made Mills put his gun down and let John Doe rot in prison, it’d be wildly inaccurate with his character, and it’d effectively demolish the thematic punch of the scene’s true outcome. Se7en is (amongst other things) about the ubiquitousness of human evil, and how we can’t truly separate ourselves from it. If Mills lets John Doe live, it becomes a story about a Really Good Cop triumphing over a Really Evil Guy. 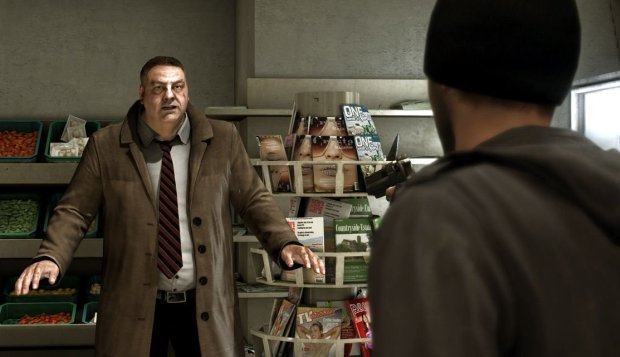 It’d be ludicrous to let the audience choose what Mills should do. Why, then, are we allowed to do exactly that with all four of Heavy Rain‘s protagonists?

For the vast majority of Heavy Rain, I, as the player, have only two options: I can force the characters to do things that they wouldn’t normally do for my entertainment, or I can feel useless.

Take the “romance” scene between Ethan and Madison later in the game. Madison wants to have sex with Ethan, but Ethan — possibly having just cut off his pinky finger, run through power lines, crawled over broken glass, and earned a concussion from a car crash — says that “saving Shaun is the only thing that matters.” Madison goes in for the kiss. The player has a choice to make: do you let Madison kiss Ethan, or do you make Ethan refuse?

Even ignoring the fact that Ethan specifically tells Madison nothing matters apart from saving Shaun — he doesn’t say “nothing, apart from me getting my freak on” — this is a guy who has gone through immeasurable mental and physical trauma to save his son (unless you made Ethan refuse to complete any of the trials, in which case I’d have to ask why you’re even playing the game). This is a guy who knows that every wasted second brings his son closer and closer to death. Under no circumstances would it make any sense for this guy to have sex with Madison.

But if you’re curious about how the sex scene will play out, or if you have some personal interest in getting these two characters to screw regardless of their motivations, you can force Ethan to have sex with her. Congrats: you get to watch a sex scene and a murder at the same time, as Ethan’s true character is obliterated before your eyes. Ebert proves himself right: your ability to control the story has resulted in a bad story. 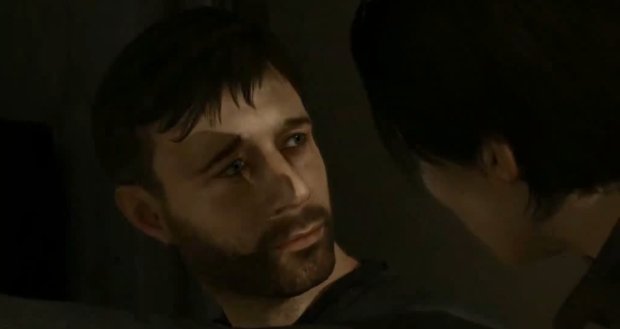 But what if, when Madison moves in to kiss Ethan, you refuse her? What if, understanding Ethan’s nature, you push Madison away? Great — you’ve maintained the integrity of the story and its characters, but you’ve also reduced the game to nothing more than a finicky DVD which must be unpaused every few minutes. If Ethan’s character is already pretty well set in stone and you’re just going through the motions you would expect him to go through, then why are you involved at all? If your personal interaction consists of nothing more than giving up your identity and making a character do something he would normally do anyway, then what differentiates your experience from that of watching a film? Your input no longer matters.

Heavy Rain‘s player/avatar dissonance is even more pronounced when the player and the character desire different things. Say you’re interested in getting the “best” ending, because you really want the Four Heroes trophy. Since you assume that getting to Ethan’s son is the best way of assuring Ethan survives, you successfully complete the first four trials without difficulty.

Upon reaching the fifth trial, however, you find yourself in a pickle: the only way to get the final piece of the address is to force Ethan to drink poison, which will absolutely, positively kill him in sixty minutes (if you’ve already completed the game, please try to ignore the fact that it absolutely, positively does not). You want Ethan to survive so you can get that Four Heroes trophy, so you decide not to have Ethan drink the poison. But wait: you just created a version of Ethan Mars who is willing to endure intense physical torment and commit murder to save his son…but who won’t drink some poison to completely ensure Shaun’s survival? That doesn’t make any sense. You wouldn’t accept that if you saw an otherwise-consistent character do that in a film, would you?

And don’t even get me started on how your decisions, combined with that stupid plot twist, can turn Scott Shelby into even more of a laughably inconsistent character than he already is (so, you’ll drown kids to test their fathers, but you won’t let a would-be murderer die of a heart attack?). 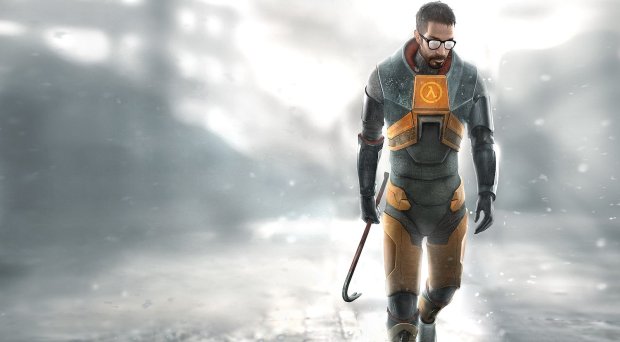 “But,” you might say, “what about a game like Half-Life 2? That’s a linear story, but you still have the freedom to dramatically sabotage it. You can spend the entire prologue throwing milk cartons at the residents of City 17, if you really want to. How is that any different?”

You can definitely sabotage Half-Life 2 if you wish, but the alternative to “sabotage the story” is not “get bored and feel useless.” While you don’t have any input over the direction of HL2‘s story, you still have a personal reason to keep playing: the action sections that comprise the majority of the game are fun enough that even if you don’t give two shits about Alyx Vance, your input still feels relevant.

If you wanna sabotage HL2‘s story, you can, but you’ll still have some fun with the shooty-shooty stuff. If you don’t sabotage HL2‘s story, then the shooty-shooty stuff just feels more meaningful. It’s an imperfect combination of story and gameplay, but the failure of one part doesn’t destroy the entire experience. As Heavy Rain consists of nothing beyond some QTEs and a boatload of story decisions, it’s got nothing to fall back on if the player decides to ruin the story by screwing with the characters.

Ebert says player choice can ruin a story. If we’re talking about purely player-driven narrative, he’s wrong: Boatmurdered, Alice & Kev, and Permanent Death prove there is a unique and beautiful power in giving the player some freedom to make their own individually meaningful stories, rather than just passively absorbing a pre-baked experience crafted by someone else. To claim that pre-baked experiences are inherently more meaningful than player-created ones is nonsense.

If we’re talking about forcing the player through a totally linear story à la Half-Life 2, he’s right, but perhaps not right enough to justify dismissal of the entire medium. Many players who don’t sabotage story games find them uniquely compelling. There’s something to be said for allowing the player to be the protagonist of a story rather than a passive witness, sabotage possibilities be damned. 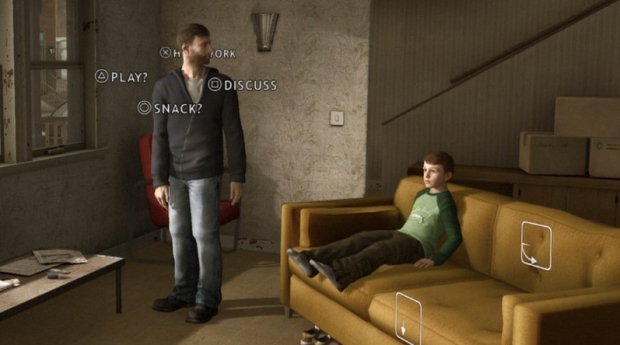 If we apply his line of thinking to “interactive movies” such as Heavy Rain, however, Ebert is totally on the money.

The characters of Heavy Rain are not blank slates, or characters whose identities we fill in through our own decisions — they aren’t like Gordon Freeman or Commander Shepard. They’re characters with existing histories and personalities. By granting us control over these characters, the player is forced into an awkward position of half-agency: their desires intermingle with our own, forcing us to either relinquish our own sense of control and relevance, or actively participate in a story populated by characters who make ridiculous and self-defeating decisions.

As courageous as Heavy Rain is, and as suspenseful as some of its later QTEs are (three cheers for potentially permanent protagonist death! A fourth cheer for alliteration!), the player’s ability to manipulate the behavior of its characters actively and irreversibly harm the story. You can shake your fist at Ebert for as long as you want, but it won’t change the fact that he made a good point — and that Heavy Rain proves it true.