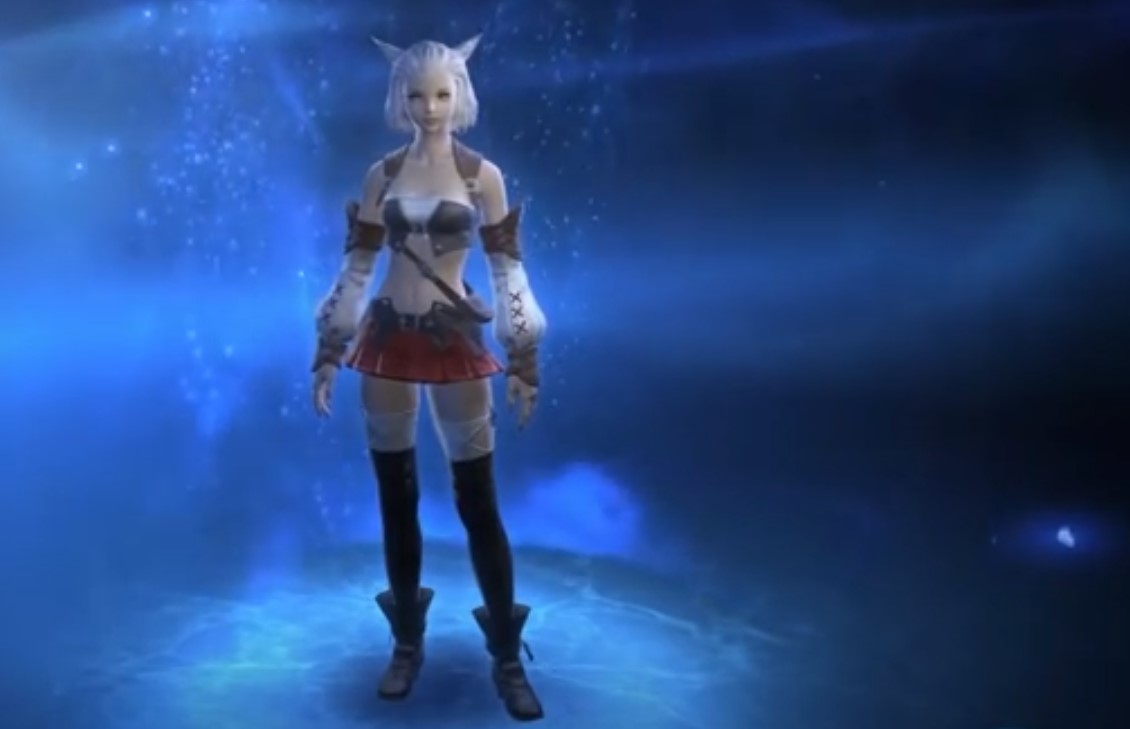 FF might not be the first classic JRPG series to make a transition into the world of massively multiplayer online games, but it’s easily the most successful out of those that did. Even after the gold rush of MMOs, even with its shinier sequel far ahead of it, even with the curtains closed on its final expansion and its console versions, Final Fantasy XI still persists on PC and Square continues to consider its future because its community remains so strongly attached to it. And Final Fantasy XIV’s popularity… well, its continued prominence speaks for itself. These two games represent a zenith of MMOs.

Or rather, they represent two different zeniths of MMOs. In the decade-long gap between XI and XIV 2.0, a lot has changed within MMO design conventions. XI and XIV have similar roots, yet play nothing like each other, and similar things can be said about most other MMOs rooted around their respective time periods. There are some philosophies shared between FFXI, RuneScape, and EverQuest that are replaced by similarities between FFXIV, TERA, and Guild Wars 2. And Destiny, if you count that as an MMO. It’s supposed to be one, but I’m not convinced it’s being supported like one.

These not-so-final fantasy games represent how mainstream MMOs as a whole have changed over the years, mainly regarding gameplay philosophies. I want to explore what that means to my favorite aspect of MMO design, the player characters and what they do. And what they usually do is fighting. So… mostly the character bits that relate to fighty stuff. 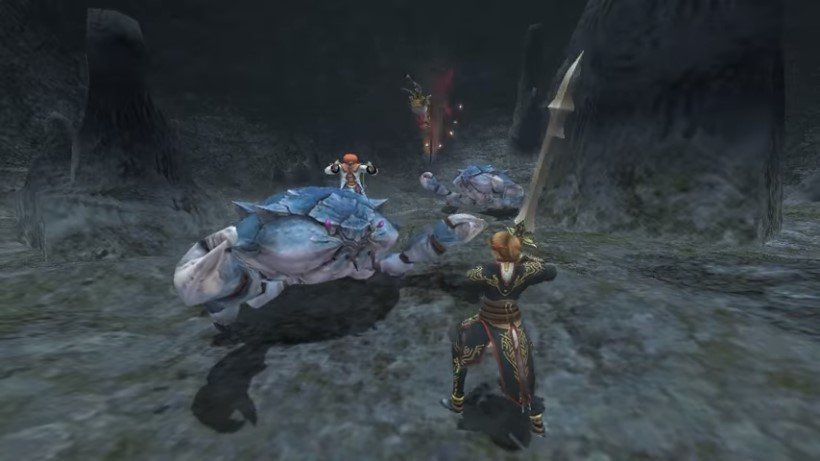 Every time I ask Final Fantasy XI players what they prefer about it over XIV, I usually get a response along the lines of, “XI has better character customization.” Rather than appearance, they’re referring to customizing a character’s abilities. XI gives more control over which skills/spells to learn and use, what equipment to wield, and even subclassing with few enough limitations to allow every job to use a majority of any other job’s mainstays.

XI’s character progression systems more closely resemble traditional job systems of offline RPGs, with some tweaks to accommodate for an MMO infrastructure. Most combat skills are learned by grinding weapon mastery or obtaining spell scrolls as items, and job-exclusive abilities have long cooldowns. Many players at the same level with the same job will be very different simply because of all the little choices they make to build their loadout on the way.

The flow of combat itself also more closely resembles typical JRPG conventions. Applying and re-applying buffs to the party over the battle’s length. Exploiting enemy elemental weaknesses and shoring up appropriate elemental defenses. Comboing techniques with other party members to proc special effects. The same rules you follow in most traditional JRPGs. It’s the first logical direction to take given that Final Fantasy XI is, well, Final Fantasy but online.

Final Fantasy XIV’s combat follows a completely different philosophy. Party-wide buffs are infrequent and, while helpful, are easy to ignore. Many abilities have effects that combo and interact with other specific abilities, challenging players to get into a rhythm of a specific rotation. No job has abilities that combo with other party members, encouraging players to master their own rotation. Designated roles limit each job’s flexibility, but give them more distinct purposes in larger battles — tanks distract and herd enemies, healers keep the tanks healthy while salvaging the party’s mistakes, and DPSs optimize their damage while eyeing that they don’t build too much aggro. It doesn’t play like most offline RPGs, it plays like… something that most people just describe as MMO combat. The closest analog that exists in any offline JRPG is the Xenoblade series.

Character progression is also more rigid. Each job has one, and only one weapon type. All abilities are learned by leveling up and completing job-specific quests (which are only locked by level and progress through previous job quests). Elemental and stat preferences chosen at creation become increasingly less skewed as characters level up, until a point they become unnoticeable. Few skills can be cross-classed, and they only become more restricted as players progress. Any character of a given job in XIV plays identically to every other character of the same job. 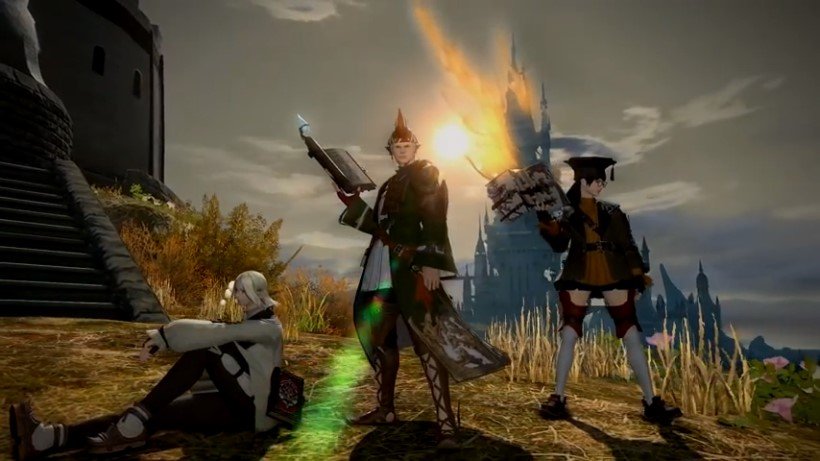 I said before that customization options are important to MMO players, but that goes beyond just visual customization. Playstyle customization also allows players to affirm their preferences in gameplay and, if they want, stand out from allies with identical jobs thanks to significantly different and quirky builds. There’s admittedly something cool about doing something specifically because you see so few other players do it. The appeal of playing as a Thief with a Black Mage sub-job is much like playing Dungeons and Dragons as a rogue with levels in sorcerer. Diversity among their groups means a lot to MMO players, so having much more diversity even within the same jobs and roles helps players find their niches even when they share similar bases. So FFXIV’s stricter character systems rubbed me the wrong way… at first.

To someone interested in clearing as much content as possible, very few of those choices actually matter — only the optimal ones do. Endgame content is usually balanced assuming players use such builds. It has to be; even fully decked out players want something that can challenge them. Late game progression has steadily become more and more prominent to MMO players to a point where the most vocal players insist that everything before the level cap is only a tutorial. And thanks to the increasing accessibility of GameFAQs and other online resources, it’s become easier and easier for communities to discover and spread optimal builds. Which introduces a new question for players — is building your favorite playstyle worth it if you don’t measure up with optimal builds?

There isn’t an objective answer to that question. Different people play MMOs for different reasons. We still have online RPGs with that sort of design philosophy because many people enjoy the concept of one of their favorite RPGs being online more than a perfectly balanced online experience, and that audience is all they need to remain viable and thriving communities. I’m a firm believer that having more options is always intrinsically good design, assuming those options are fine-tuned to be equally appealing.

But it’s easy for FFXI players oblivious to the inner workings of its systems and its community’s expectations to make decisions that drastically slow their progress come the inevitable endgame gate. The community considers many possibilities within its customization systems to be less like options and more like traps players should avoid. Sure, a Black Mage could use Scythes, that sounds like a fun build I’d gladly use myself (I’m not much of a hardcore end-gamer, I just love Rule of Cool), but Black Mages have few-to-no Scythe options that compliment them as well as Staves.

This mostly applies to the endgame community, so people who plan that far ahead care less about personalizations than people who prefer silly builds and enjoy the journey more than whether they ever reach their destination. But this issue inevitably rears its head for all players who get that far. It’s a problem that risks preventing some players from playing together as time passes, character builds mature, and players retroactively discover how their chosen playstyles may fail to meet expectations set by later battles.

FFXIV’s stricter character system solves that problem by addressing its root cause. Players do still have many options, given its dozen-plus roster of classes, and these options have meaningful differences. Each has distinct mechanics that shape their playstyle, thus allowing them the ability to experiment and discover their favorites and find niches among their parties. But because players have less customization beyond those broad strokes, players who have progressed through similar levels remain on equal footing by default. 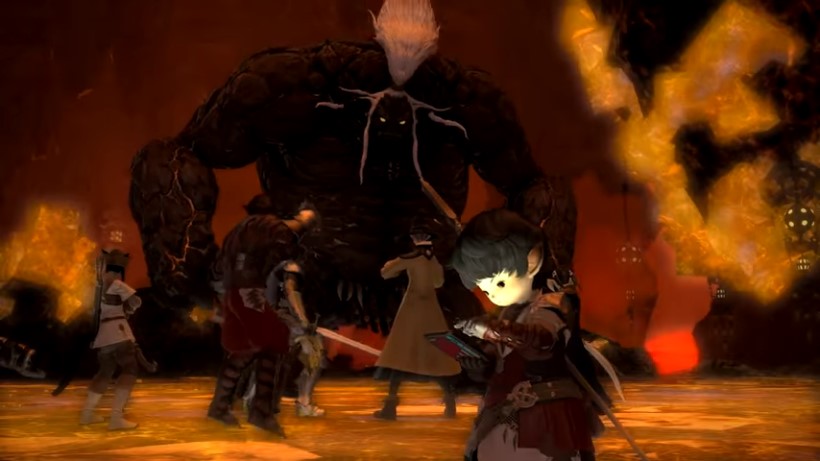 XIV’s mechanics do a better job of helping players stick together, and its various modes (raids with many unique mechanics to strategize around, sprawling positioning-awareness-based PvP warzones, the interior decoration market, etc.) are built to reward communication between players. Anything that impedes that is a problem because if you don’t have any interest in interacting with other players, MMORPGs are definitely not the kind of game you’re looking for. Solo MMO players will always exist and it’s great to cater towards them anyway, that’s why modern MMOs like XIV make their stories and scripted sequences so prominent.

But if their players aren’t sociable and supportive of each other — or aren’t able to be — that isn’t making the most of what is going on all around them. That’s why many players consider impractical builds to be “traps”. Those builds physically separate players who use them from friends who don’t, at least in regards to higher difficulty challenges.

MMOs are equal parts social space and co-op game, and the best parts of both of these games revolve around both of those aspects in some way or another. Where they differ in character-building mechanics is how they reinforce the former through the latter. Like rounding out a roster of party members in offline RPGs, it feels more satisfying to make new connections in an MMORPG like FFXI when you know those characters have different specializations even within a specific niche. But those connections only remain as strong as the time you continue to spend together, and while both games have plenty to do on all ends of the casual-core spectrum, FFXIV‘s mechanics are better at keeping players on both ends within reach while still rewarding its most hardcore raiders.

My personal preferences lean more towards XI’s job system (if that fan request for a PS4 port goes anywhere, consider me interested), but a major part of XIV’s popularity and my enjoyment of it hinge on its different focus. My time in Eorzea was full of romps with friends and fun meetings with random players I might have otherwise just ignored. Both are solid philosophies to build an MMO around, but it’s only natural that the most popular ones evolved towards the more restricted shape of the latter. After all, people sticking together is the heart, blood, and soul of an online game… and its publisher’s revenue. That’s also a thing that matters.