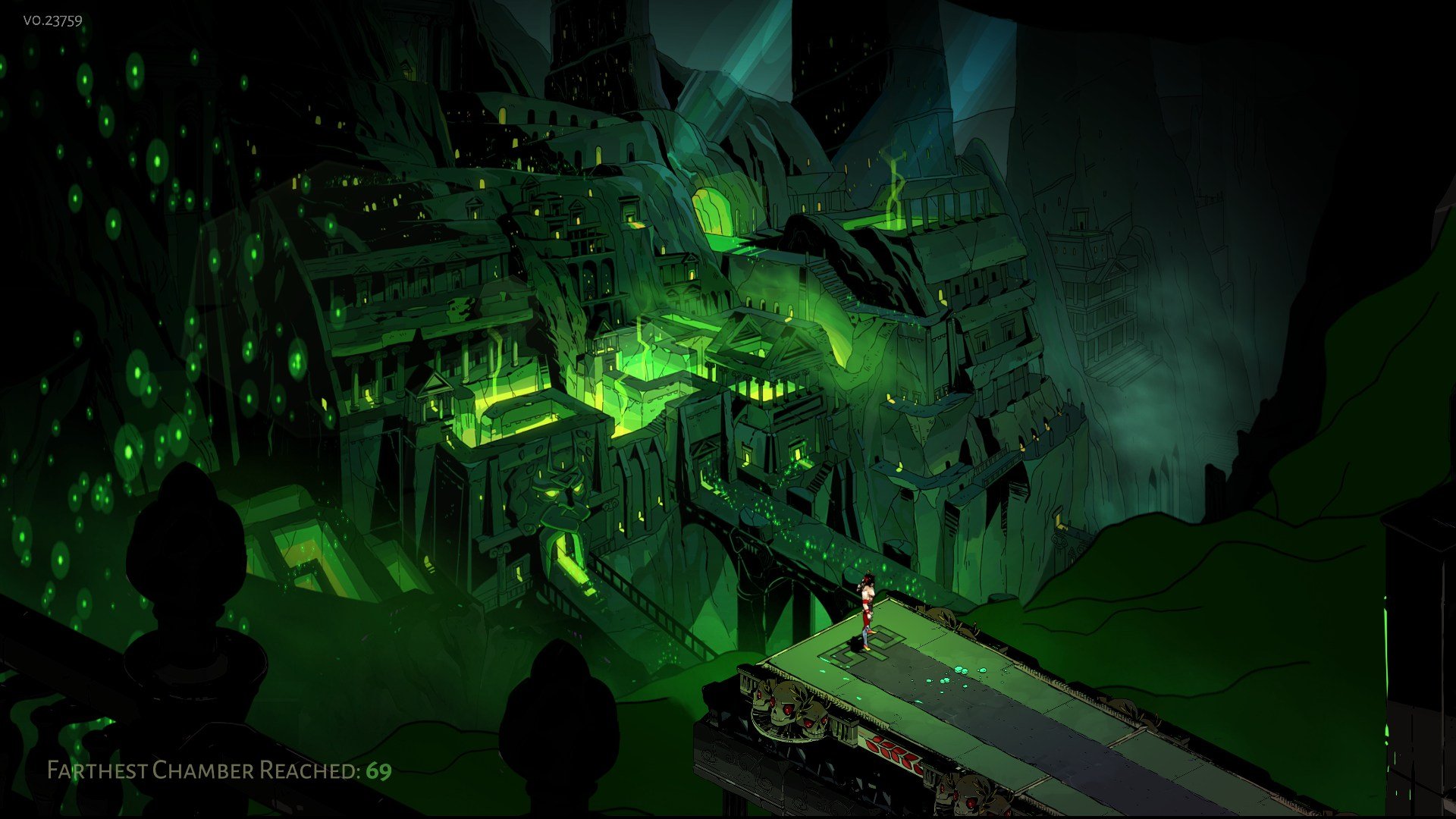 Hades feels alive in a way that previous Supergiant games have not. Bastion, Transistor, and Pyre were all created and released to the world; Hades, however, continues construction. Instead of creating a world to be released all at once, they’ve been actively developing it along the way via Early Access. Supergiant has been using the inclusion of mechanics, features, and entire characters as building blocks for narrative exposition, and it pays off in a way that a single official release could not. Once the game officially releases in 2020, these moments will be gone because its features will be largely cemented.

Hades remains in Early Access despite its recent Steam debut, but that doesn’t mean it’s “incomplete.” Far from it. The opportunity for storytelling here is akin to an episodic release structure but without the linearity, and Supergiant is taking full advantage of it.

Zagreus, son of Hades and prince of darkness, is quick to denounce his father in favor of his relatives on high. Zag’s pursuit of truth and freedom throws players into a boundless realm of randomly generated scenarios set up by Hades to prevent his son’s passage through hell. While Poseidon, Dionysus, Aphrodite, and the like aren’t permitted past the Underworld gates, their Olympian presence persists throughout intertwined moments of gameplay and narrative. While your family in Tartarus can only aid you so much under Hades’ rule, the gods above seek to aid you regardless of your father’s dickish tendencies — so long as you prove yourself. Each god has their own brand of benevolent boons to gift Zag throughout his ascension, but distant relatives aren’t the only source of familial drama.

One way or another, every attempt to leave the Underworld ends where it began: your dad’s place. Each death feels like a family reunion. Various characters fade in and out of relevance with each defeat and subsequent re-arrival to the house, like the renovator stationed next to your father’s throne. While they can be used to upgrade various aspects of the Underworld, their use is an uncommon one.

Most of the house’s occupants serve as an opportunity to explore exposition without many ramifications on gameplay. Characters like Achilles and Orpheus perched in Hades’ quarters compliment Patroclus and Eurydice, characters you’ll find resigned outside of Tartarus along your travels. But Achilles didn’t always have Patroclus to define him, and Orpheus never used to be as open and honest as he is now. When I first played Hades in Early Access, Orpheus was little more than a hooded shade. He had some personality, sure, but because he was introduced to me in such a meek manner, his current explosive passion about newly introduced characters like Eurydice hold a lot more weight. If you run into Eurydice while you’re out and about, you’ll surely have something new to say to Orpheus when you inevitably return.

Family’s good at working together to achieve a common goal — well, usually. Sometimes the gods will offer Duo abilities that exemplify the power only godly cooperation can achieve. Other times, they bicker and intrude on each other’s time with Zagreus. Within a single escape attempt, your interactions with Athena could lead her to warn you against Ares’ penchant for inappropriate behavior.

Ares’ response is telling of his true nature: “You interrupt me again, dear sister. You know I do not care for that. I warn you to stay out of my affairs. I shall aid my kin as I see fit.” Whether through fate or chaos, my ideal boon Ares offered would replace the boon I had just been given by Athena. There was a clear opportunity for them to work together, but their bickering lead to player suffering. Instead of amplifying another god’s existing work or imbuing me with a buff all their own, one overwrote another. Accepting Ares’ gift felt like slapping Athena in the face.

Not only does each escape attempt feel different through deadly Olympian boons, but its randomly generated nature fosters a randomized delivery of narrative moments when you return home. This order can alter the context of character interaction through exploring their relationships with one another.

As the protagonist, Zagreus does well to reflect the player’s mindset. One moment felt particularly well-timed while using the rail gun. A certain combination of godly gifts lead to a particular room towards the end of the run—instead of zipping around like literal lightning, I hunkered down in one spot with infinite ammo and cleared the room. After a few seconds rooted in place keeping myself safe by staggering enemies, Zag let out a small, cocky chuckle acknowledging the effectiveness of the build. It was the smallest remark, but a notably powerful one.

The Pact of Punishment used to be a little different than its current incarnation. It still allows players to adjust the game’s difficulty, but it used to be found in Zag’s bedroom. Now a list of fates lays upon the desk, and jumping back into Hades now was made memorable by a small interaction with Skelly, the talking skeletal target dummy. The idea that a character in-game could be written as responsible for a change in gameplay echoes exactly what the rest of the gods do in attempts to help you escape the Underworld. It’s a small opportunity to use change as a way to explore characters, and something that won’t be seen as much come next year’s official release of the game.

Each scheduled update expands upon its cyclical nature, providing new layers of depth to every attempt to escape the Underworld. This not only allows Supergiant to effectively shine a spotlight on individual characters and their own narratives, it gives a unique role to Hades‘ Early Access period separate from its official release down the road.

If Hermes can suddenly decide to help Zagreus escape his father’s domain, appearing to players as a new set of boons, who else lies in wait? What other mythical icons could come into play? But as exciting as new Olympians are, it’s not the number of gabbing gods or the gifts they offer that make Hades so interesting—it’s the prospect of the future. Getting in now lets you see how its unfolding affects the world and its inhabitants moving forward. Hades‘ fate will come to rest sometime next year, but that doesn’t prevent Supergiant from exercising character development in the meantime.

Seeing characters like Nyx and Charon still donning the hooded look like Orpheus once did makes me hopeful for whatever lies in store for them. Maybe one day they’ll open up enough to show themselves, whether that’s through dialogue, art, or even a new feature altogether.