They had to fit that giant pin in somehow

You better believe that I was racking up Mario missions so when the day came that they would come in handy: I would be ready.

That day did come after all, when Nintendo announced the second anniversary pin set. You also better believe that I was refreshing that mess of a rollout constantly, and eventually was able to place an order for one.

Behold, the fruits of my labor! 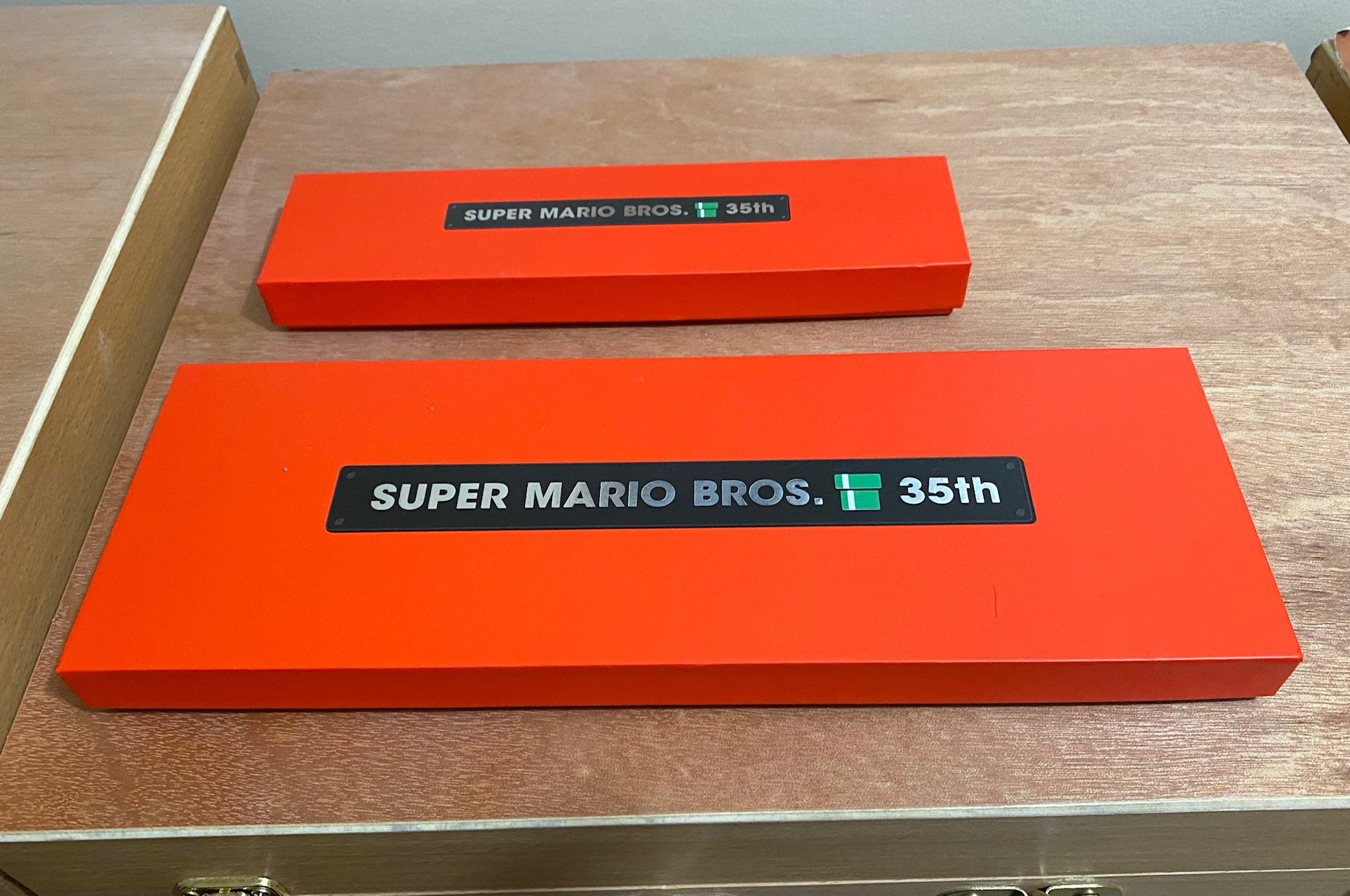 As you can see above, the box for the original 35th anniversary pin set (which Jordan detailed here) was much smaller and sleeker. The original set came with five pins, which honored the series from Mario 2 to Mario 3, to Super Mario World, to Mario 64.

The second set comes with six pins, with representation from more modern games, like Sunshine, Galaxy, 3D World, and Odyssey. But Nintendo also put a little more pizazz into this set, as it comes with a 35th anniversary giant pin with love for the fab five (Mario, Luigi, Toad, Peach, Bowser).

The way Nintendo distributes these is far from ideal, but if you can your hands on them, it makes for a nice little collector’s item.