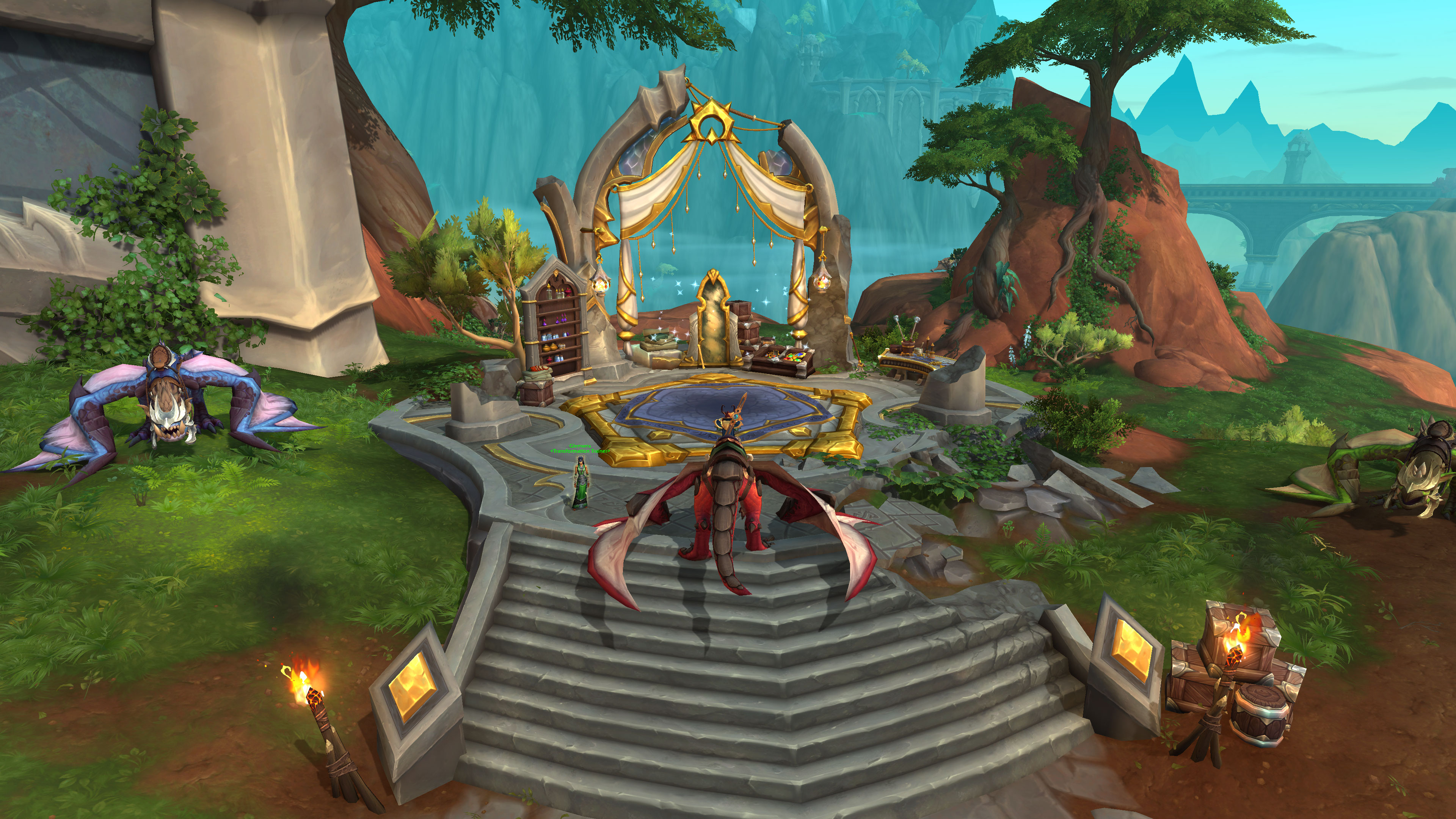 A player with tons of time and an eye on the prize.

The longest gaming session I have ever had was six straight hours of Cult of the Lamb. This may not be a huge feat for many of you, but I am in shock that for six hours, I didn’t drink water, eat food, or even use the bathroom. My entire day flew by while I gathered followers and tended my garden.

Was it fun? Yeah. My camp looks really good, and I sacrificed my first dissenter. But my neck hurt after, and I was jittery like there were bees in my brain. I can’t even imagine the dedication it took for the first player to achieve max renown in World of Warcraft: Dragonflight.

Reddit user Tobias-the-Fox posted his accomplishment under the title, “Am I popular yet? World First Max Renown!” The post came within a week of the expansion pack’s release date, which is just mind-blowing. According to the OP, it took “7 days 13 hours” to do this. Some of the commenters did the math and estimated about 18 hours each day were spent grinding away at the tasks for each faction!

For some background, the Renown system lets the player earn rewards by performing tasks. There are four factions in WoW: Dragonflight, and each will have a series of quests, challenges, and events to complete to gain reputation points with each faction. Once you have earned 2,500 reputation, you get 1 Renown for that faction. Achieving max Renown means that the OP has no more levels to clear.

The OP posted his score as proof, so you can see each faction goes up to Level 25 or 30, so 25 or 30 Renown. That is so much gameplay. He said he completed the tasks for Valdrakken Accord first before moving on to Dragonscale Expedition. Then he completed Maruuk Centaur before spending three days working on Iskaara Tuskarr.

The comments on the post are a mix of congratulations, envy, and even a few negative quips about the OP’s assumed lack of social life. While a few people wondered if they were underperforming in the game for not being nearly as far, others expressed concern about that much time spent playing the game. It’s fair to be a little weary of encouraging unhealthy amounts of sedentary screen time. Sitting still for that long is not something one should be aiming to achieve. A fact that even Tobias-the-Fox has admitted.

He responded to a few of the comments with the explanation that his disability gives him more time to play games than people who need to leave for work or take care of their children every day. He also mentions that he doesn’t suggest anyone do the same. This was just a fun challenge he set for himself and achieved!

In that case, I think congratulations are in order. He set a short-term goal and ended up being the first in the world to reach that goal. As an adult, he’s allowed to spend his time however he wants, and at least he isn’t goading others into going that hard.

That being said, gaming is a ton of fun, but let’s not forget to get up and stretch. Go for a walk. Do some yoga. Eat good food that we cook for ourselves. Then hop back in! I’m thinking of setting a timer next time I play Cult of the Lamb, just so I know when to pause the game and, you know, move. What’s the longest session you’ve ever played?

If you haven’t played the game yet and want to know if you should, here’s Destructoid’s review of World of Warcraft: Dragonflight.