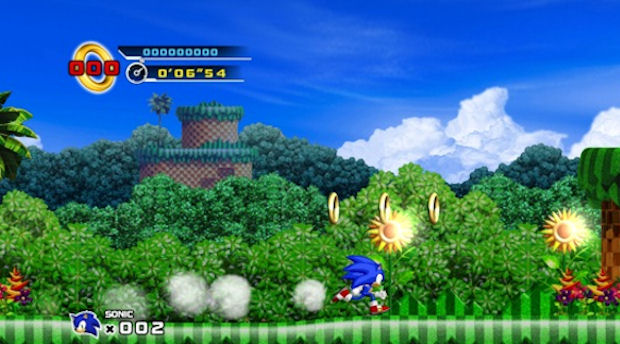 The irony. A day after I post an article about how miserable “fans” should shut their mealy mouths, here comes the Sonic Furry Brigade to ruin everybody’s day. In what is perhaps one of the most pathetic fanboy petitions I’ve ever seen, a group is urging people to buy the original Sonic the Hedgehog on the day of Sonic 4‘s release, as a show of protest against Sega’s franchise reboot.

The group, having only seen several seconds of leaked, unfinished gameplay, now declares that Sonic 4 is not exactly what they want out of a game, and are buying Sonic 1 in a bid to show Sega that they basically just want a remake and not a new game at all. At least, that’s the message they’ll definitely be sending. Here’s their ridiculous statement:

Fans of the sonic series are like most sega fans, we want their old games brought back to the glory days when sega was pretty much the power in video games. Seeing the gameplay of sonic 4 has made many of us realize what we already knew, Sonic 4 will simply not be anywhere near as good as the original sonic games. Either way, We will decide to finally show sega what the fans truly want. A real sonic 4, as long as sonic 4 stays the way it is, we will not buy it, we will in fact buy sonic 1 on release in protest of sonic 4, till we end up with a re tool, or change, we want sonic in hd, not sonic RUSH HD. We will not buy a future sonic game, till we get a true successor to sonic 1/2.

The gameplay released so far does not make Sonic 4 look like Sonic Rush at all. It looks closer to Sonic Advance than Sonic Rush in terms of pacing and that game was, in my mind, a true successor to the old school games. I’ve seen nothing in the leaked footage or screens so far to tell me that this game will be anything like rush. As always, self-proclaimed fans of a series display that they know dick-all about the thing they claim to love. These people should hang up their furry costumes in shame.

Will buy SONIC 1 on SONIC 4 release [ipetitions, thanks Jer]