It’s been one and a half months since Monster Hunter: World released and I think it’s safe to say it’s been a hit. It’s standing side to side with other games as a popular choice for highlights and Twitch streaming. The time of Deviljho’s return is nigh as we await his arrival in the New World to thrash around Great Jagras or feud with Bazelgeuse. Now that we have a glimpse of World‘s post-launch plans starting with Deviljho on March 22 and the Spring festival in April, it’s time to bring out all of Dtoid’s hunters to ask which monsters you’re hoping to see return in World‘s fully realized, HD landscape. 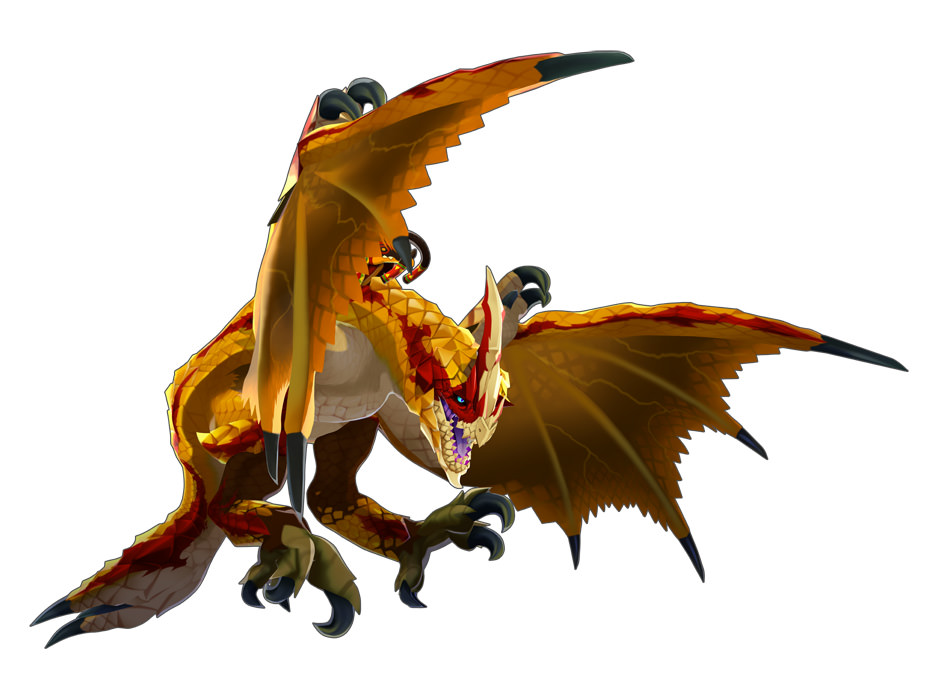 They say the flagship monster of the game you started on will always hold a special place in your heart. That’s why I’d love to Seregios return in MHW. This fierce bird-like wyvern is covered in razorsharp scales, which it throws at enemies with a flap of its wings. I always loved hunting good old Steve in Monster Hunter 4 Ultimate not only for its razorsharp weapons but because I always found fights with him to be very dynamic and unpredictable. A close second would be Amatsumagatsuchi, introduced in Monster Hunter Portable 3rd but making its western debut in Monster Hunter Generations. Elder dragon fights in general are fun, but I always loved how learning to correctly avoid his one-shotting hurricane vacuum was the perfect crescendo to Amatsu’s hunts.

So I asked the community which monsters they’d love to see return. Some of the answers may surprise you. Like Khezu.

I wanna see people flounder against this.

SrChurros suggests Duramboros, among others:

Nargacuga, Shagaru Magala: both my favorite monsters, very aggressive and fun fights.
Duramboros: he is dumb and have waaaaay too much HP but I like it.
Gigginox: another favorite. Love that flabby buddy.
Brachydios: the only monster I never managed to kill as a solo gunner. Fun to fight using the IG on 4U though.

Brachydios would be on the top of the list of monsters I’d want to see back, fighting him with gunlance was superfun, learning how to angle yourself to block his combos really felt good. Really liked his color scheme for armor too and of course explosions are always okay with me.

Najarala would be a close second, also a very fun fight back then which I’d like to repeat, as a fan of paralysis weapons his gear was also pretty nice (we have Girros weaponry for that now, but more variety is always good^^).

Monsters that can go to hell and stay there: Gigginox and Khezu, please never remake those. 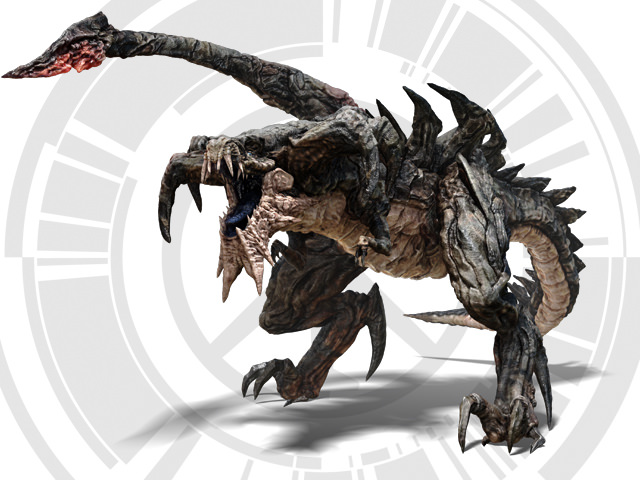 TheZeroOne has spent many hours hunting his favorites, clearly:

Both monsters I spent an inordinate amount of time trying to fight and had to really learn how to dodge (Zinogre in MHGEN Arena and Nargacuga in MHGEN demo).

I miss my Snarly Cat-owl and Thunder God Wolf. Seeing Zinogre gather thunder bugs in HD would be glorious.

I have to take this chance to correct Chris Hovermale, Lagi is a leviathan, not a piscine wyvern:

Like you say, the flagship from the first game you play is special to ya, so I’d like to see Lagiacrus back. We don’t have a lot of piscine wyverns nor electric monsters in the game yet.

Occams knows what a good monster looks like, and its name is Zinogre:

That blue and yellow lightning dragon. 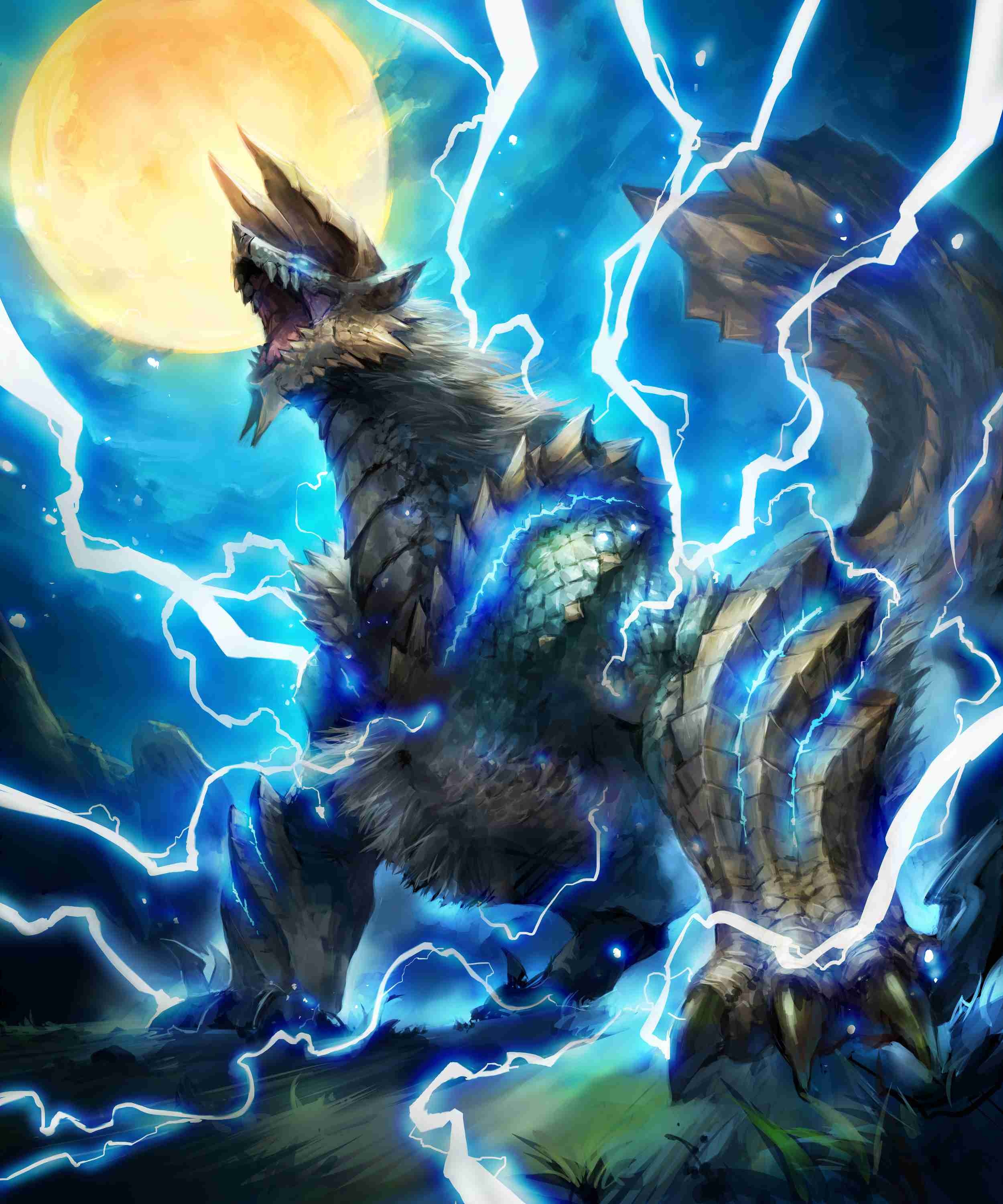 Tigrex has always been my favourite, Narga a close second. I’d also like to see Son Goku and Purple Chicken, just for variety and to mess with the newbies (and they have cool equipment). And I can’t imagine we won’t see Fatalis eventually..

Zinogre is my number one choice. He’s my favorite monster.
I also want to see Gore Magala and Seregios since I also really started with 4U, and would also love to have Rogue Sedition again.

Also, I hate the Khezu but want him to make it in just so new players can suffer too. <3

L3stat is one of the only people I’ve seen to make these suggestions: 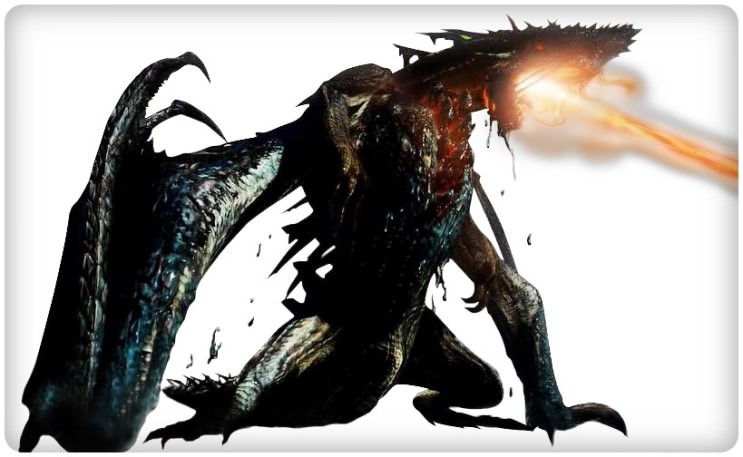 CaimDark can’t decide, so he picked them all:

ALL OF THEM! The More the merrier! I didn’t see every Monster in 3 and 4, never played generations or any of the older games, so I’m all for meeting and greeting and slashing them in glorious HD.

GetNekKid has chosen some of the toughest fights around:

Zinogre, Tigrex and Rajang are what I am really hoping for. Duramboros would also be a hilarious fight to relive!

Goemar loves the Matraca Hammer, like many good Seregios hunters:

Seregios made a damn good hammer, so yeah would love to see him back. Sure it was rumoured it’s opposite sex looked different or something as well :/

Would love to see Gore Magala come back, specially as his shedded scales could effect the other monsters in the area.

And for the sake of ridiculous quests, Rajang. 2 Rajang, Jho and BeetleJuice – pretty fun quest…

Oh – and Gobul. Like, the game is made for him. Even has baby Gobuls in it…

I told Major Tom that Nargacuga would be awesome with Tobi-Kadachi’s wall cling move:

Give me my fucking bat panther narg!

I can’t even Greenhornet214: