So, Dark Souls III, guys! Pretty dang good. Not enough creepy trees (Cursed Greatwood was such a creepy boss, loved it), but still dang good. And it’s selling like fire right now. I played it on Xbox One last month by hacking Japan/buying Microsoft Points with Yen that I bought in a Starbucks in Los Angeles. As such, I’ve been waiting for my man Jordan Devore to finish his first playthrough so we could talk about it. Today we started thinking back on The Know’s early Dark Souls III leak.

Most of the screenshots in that video from last year are close to what we ended up playing, aside from minor variations: Iudex Gundyr was once fought indoors, the Dancer of the Boreal Valley looked like an NPC at one point, and there used to be a foggy castle area that wasn’t Irithyll. But Jordan brought up this picture, and it definitely was nowhere to be found in the game: 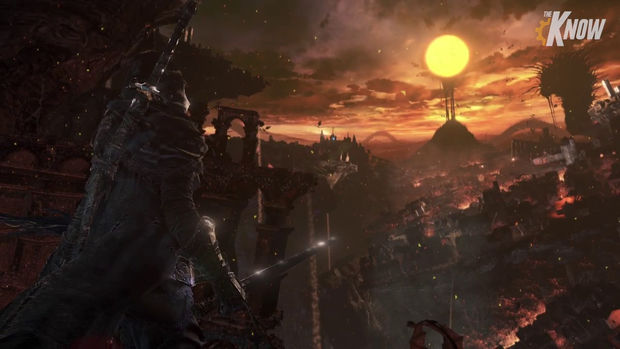 The area in the above screenshot looks like the Kiln of the First Flame, but with the addition of a catastrophe literally tearing the world asunder. And what the hell is the spooky ghost on the far right of the screen? Is it related to the black dragon goop that kept making an appearance throughout the game that I won’t understand until two months from now, when VaatiVidya makes a lore video about it?

Most likely, we’ll see more of this when the DLC comes out later this year, but it’s going to be a long wait. Let’s hear all of your best speculation.

Irithyll of the Boreal Valley