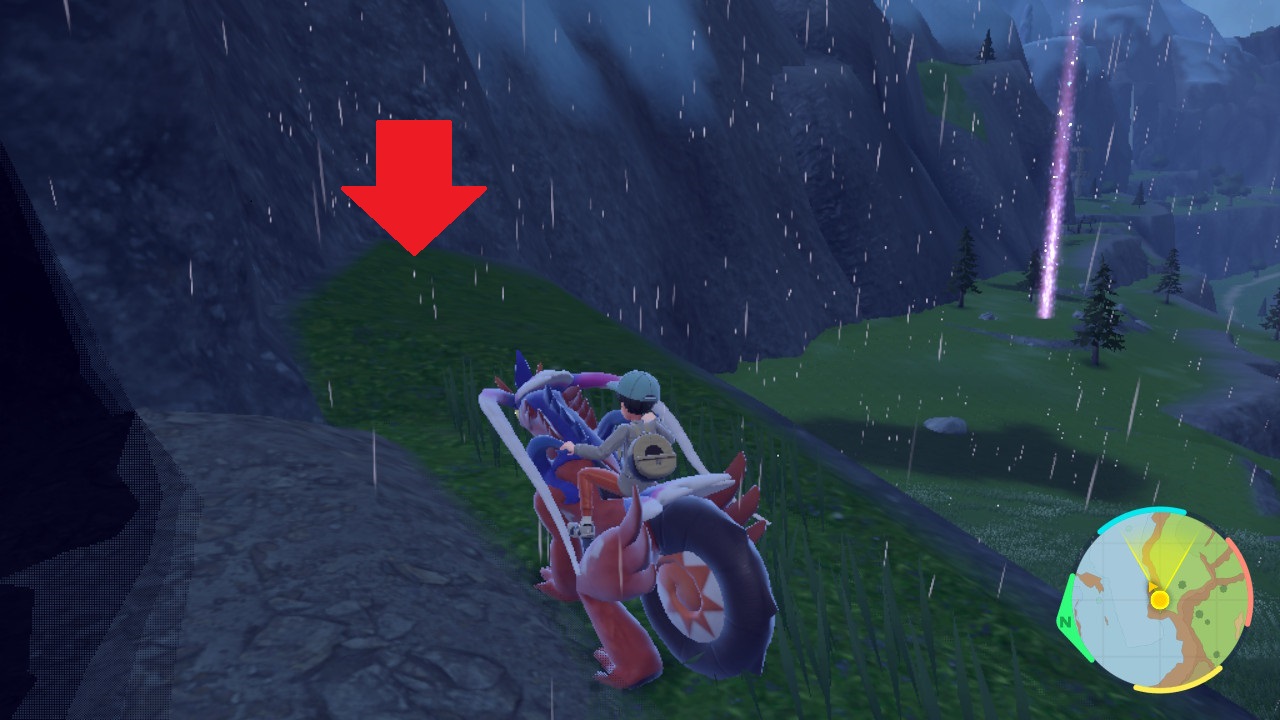 While most of Pokemon Scarlet & Violet‘s TMs are strewn about the overworld, some of them are found through other, more esoteric means. Iron Head happens to fit both those bills!

There’s two ways to get the Iron Head TM 099, so feel free to choose!

Option 1: Find it lying around the open world

You can find Iron Head TM 099 item pickup in the northwest corner of the map: east of the Socarrat Trail, and north of Caseroya Lake.

Take either the Caseroya Lake or Caseroya Falls flightpaths, then head north to the cave pictured in the image above. The TM will be to the right of the cave entrance.

Option 2: Get it through the Team Star storyline via a TM Machine recipe

Depending on how you approach the Team Star storyline, you’ll fight the fairy team (far north) at some point in the core narrative. After defeating that Team Star base, you’ll be granted TM Machine access to TM 099. This happens as one of the several TMs you’ll be gifted from the “supply drop” story sequence after the main boss fight.

You can find the location of the Team Star fairy base and the requirements for crafting TM 099 in the gallery above.