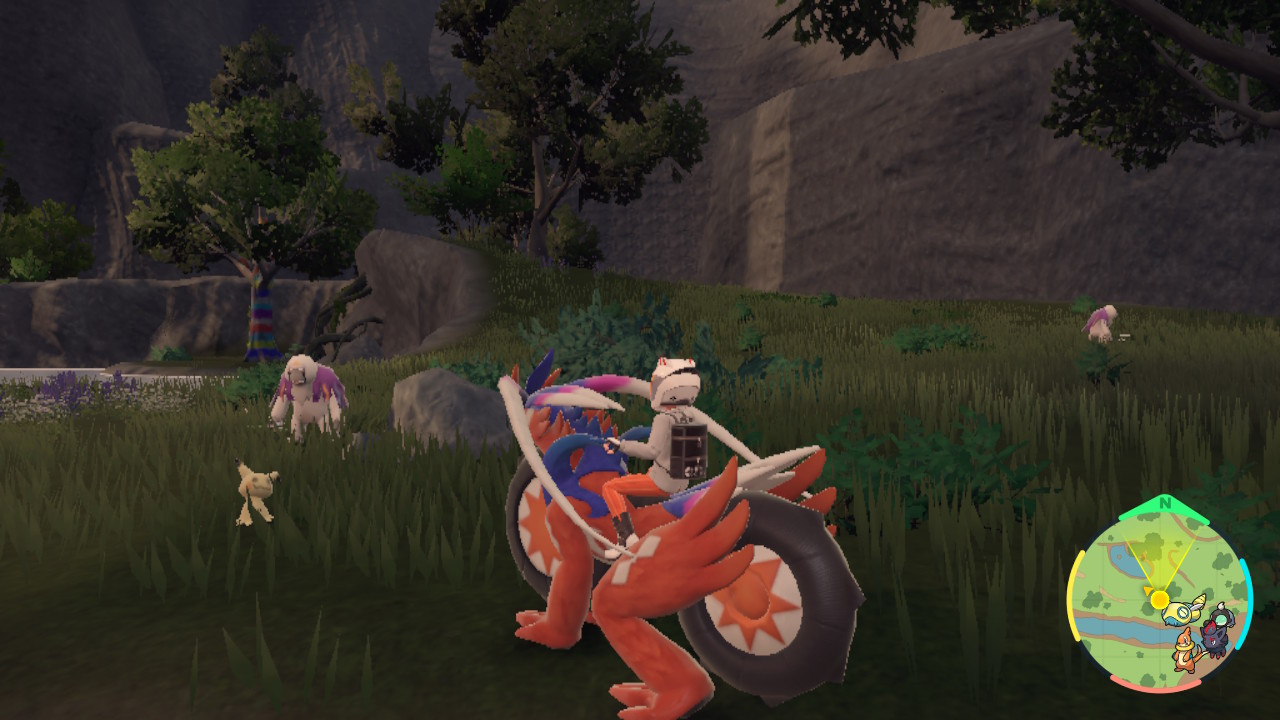 This popular Pokemon is easy to find

Ah, Mimikyu. The source of endless amounts of fan art and crafts. It’s easy to see why Mimikyu would be so popular, especially after learning about its dark nature and terrifying indescribable true form. Well, you can get this mysterious and cute creature in Pokemon Scarlet & Violet, and it’s not going to be a tough to find it. Here’s how to get it.

Where to find Mimikyu in Pokemon Scarlet and Violet

While Mimiyku appear in several areas of Paldea, their main habitat is Tagtree Thicket. Specifically, you’ll have better luck finding a Mimikyu on the northern portion of Tagtree Thicket, where the river runs through the center.

You might need to pay a bit more attention compared to other Pokemon you’re looking for at a glance: as Mimikyu is very small, and only comes up to roughly knee-high height when compared to your trainer. Just look for the yellow outline, especially if there’s bushes nearby.

It’s a bit awkward to perfectly line up on the map, but we’ve provided several references you can use. You can find a pinpointed location of the most plentiful Mimikyu locations in the gallery above.