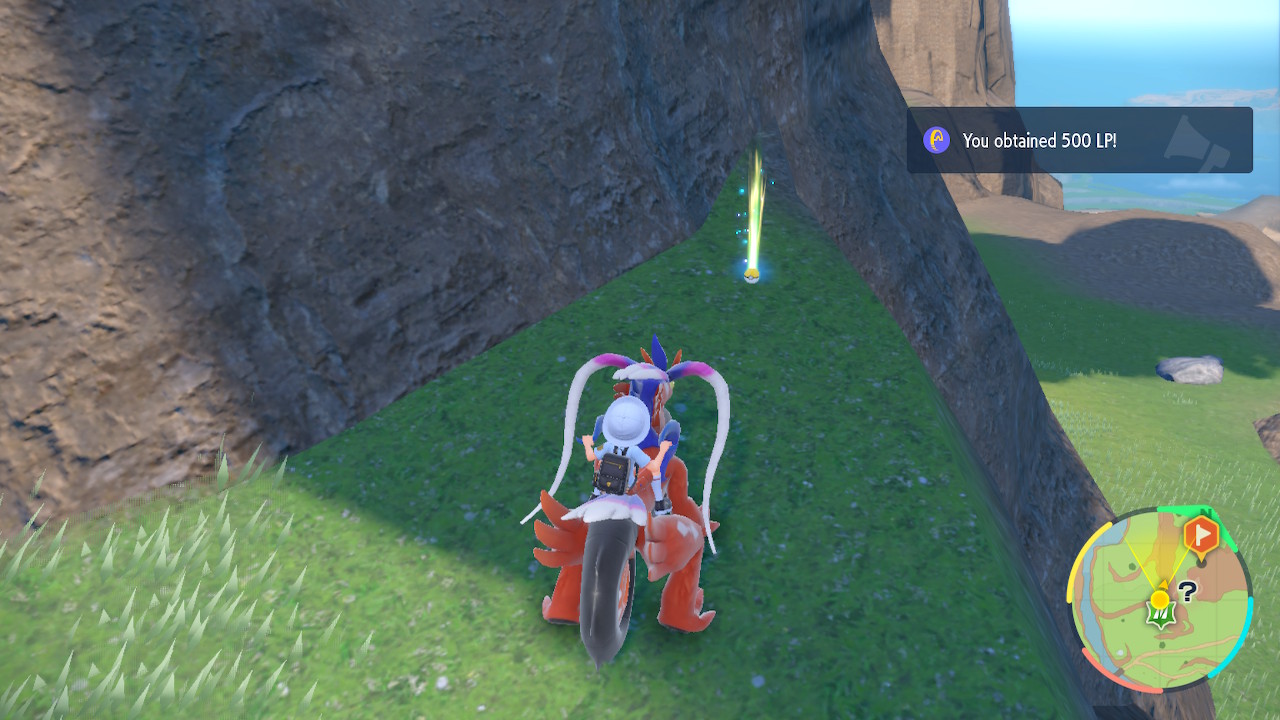 If you’re taking on Team Star first, you can do this on the way

After leaving the academy town, in which I base most of my directions in Pokemon Scarlet and Violet, Metal Claw is just a mountainside away to the west.

Where to find Metal Claw TM 031

If you’re wandering through Paldea naturally, you’ll likely want to go for Metal Claw after you’ve finished off the first gym in Cortondo.  Just continue heading west, and make your way across the bridge on the path directly below the “A” on the “Area One” map text.

You’ll come across a mountainside: head northwest and run up the mountain until you see a ridge like the one pictured above. It’s also a decent place to visit before taking on the “first” Team Star baddie: Giacomo and his crew of dark type Pokemon. In any case, it’s accessible, and doesn’t require any locomotion abilities for your mount. Once you’re done, you can jump down and continue your journey north.

Metal Claw, a staple Pokemon move for many years, does the following: “The target is raked by steel claws. This may also boost the user’s attack stat.”