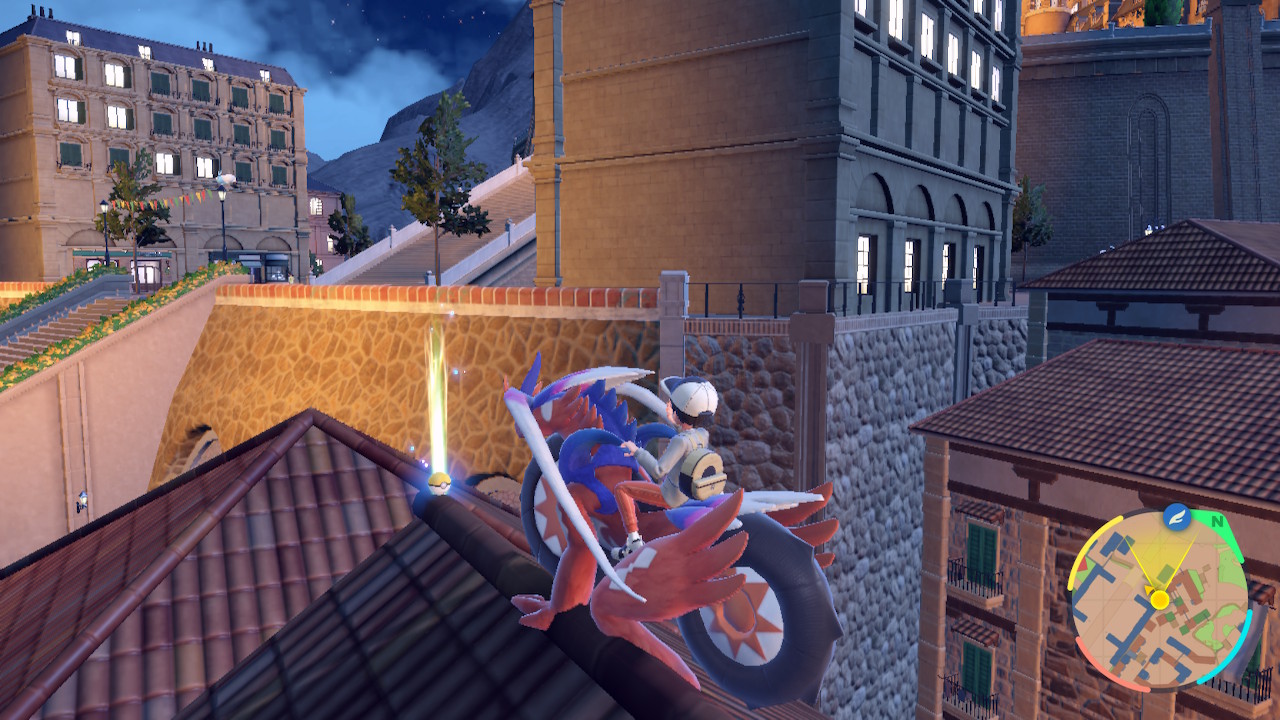 This was one of the more fun ones to hunt

When I first triggered my mount in the capital city of Mesagoza in Pokemon Scarlet and Violet, I knew I was in for a good time. Running around on rooftops and discovering all sorts of hidden nooks and crannies is exhilierating in open world games, and thankfully, there are a few things to unearth here.

You’re not exploring out in the wild with the risk of running into random Pokemon: this TM hunt will be done entirely within the safety of Mesagoza.

You’ll find the TM on a rooftop near the central part of the city: right above the “Z” in Mesagoza when zoomed into the map. Some rooftops are connected by boards, which will make traversing them even easier to do. Thankfully there isn’t a maze to navigate for Ice Fang, as it’s on one of the buildings nearest to the main road.

Jumping around the rooftops is much easier when you unlock the Titan path upgrade for your legendary mount: which allows for bigger leaps.

Once you get up there, here’s the description for Ice Fang: “The user bites with cold-infused fangs. This may also make the target flinch or leave it frozen.”