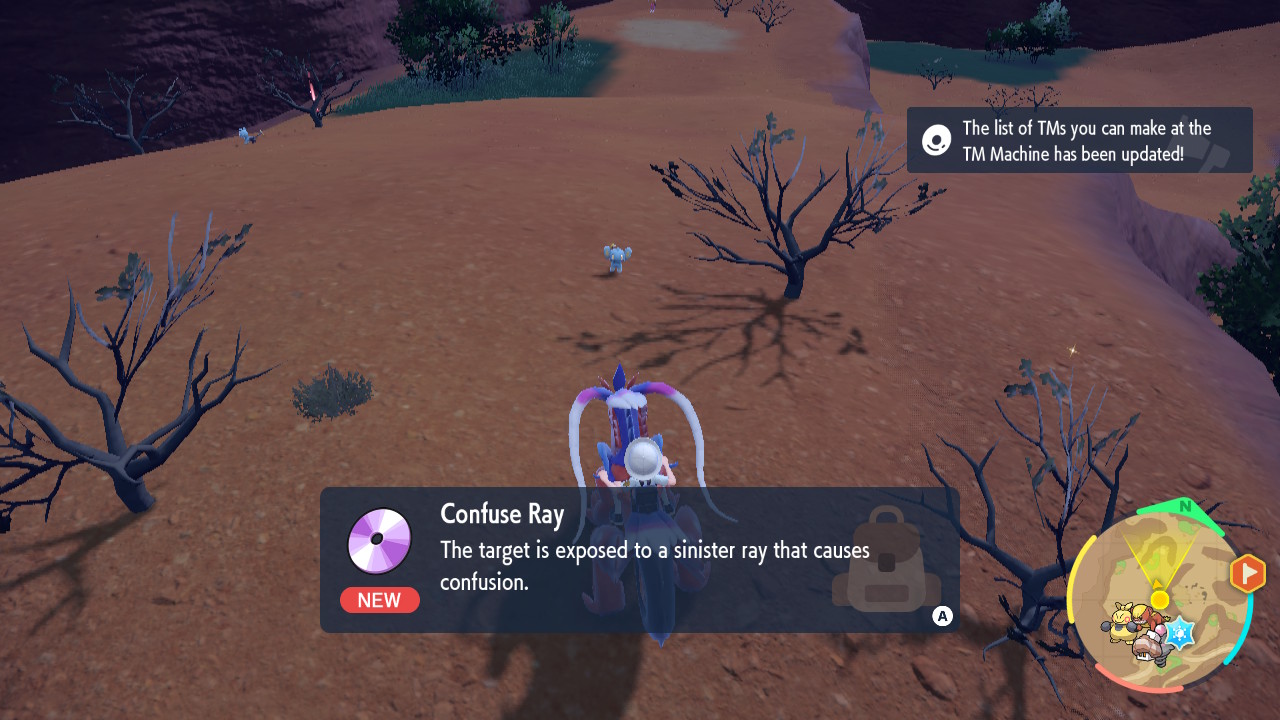 Confuse Ray is an exceedingly useful skill when playing Pokemon, including runs through Pokemon Scarlet and Violet. It can not only cancel a move outright if the confuse sticks: but it can last multiple turns and force a Pokemon to deal damage to itself. Value!

Here’s where to find the classic TM in Pokemon Scarlet and Violet.

Where to find Confuse Ray TM 017

In yet another issue of “you can get this TM early,” all you need to do to get Confuse Ray is head out of the main capital academy and go east. From there snake up north in the mountainous paths of area three, and make your way to the location on the map above. Directly on a raised platform, near a collective of Shinx Pokemon roaming around, you’ll find Confuse Ray sitting out in the open in a yellow glowing Pokeball.

Here is what the official description is for Confuse Ray: “The target is exposed to a sinister ray that causes confusion.”

It does exactly what it says on the tin. While many moves have a chance of inflicting confusion, or may also deal damage while they’re at it: this one is specifically built to inflict confuse with accuracy.