Harvestella is the next in a long line of modern farm simulators, but there’s some extra RPG elements baked in.

Here’s a quick rundown of how to get around and make sense of the map. 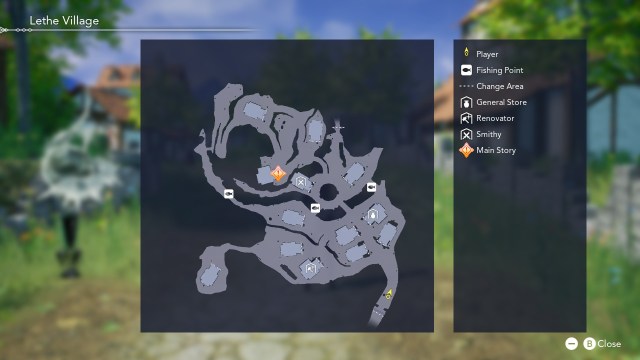 At the beginning of the game, you’ll start off in Lethe Village. Consider this the tutorial hub of sorts, as you’ll gain access to the storage system (which is magical and grants you access to each chest across the universe), and the introduction to the “main story” beat.

If you’re ever in doubt, or load up the game months/years down the line, you can rely on the main story exclamation mark icon to get to where you need to go. The icon itself is present in the main map menu (opened up via the “-” button on Switch), and is also visible on the minimap compass in the upper right hand corner of the screen when roaming about. The system is pretty friendly and omnipresent, and the icon will even show up outside of a door for a specific building you need to enter to progress the narrative. Here are some other beginner tips for Harvestella: