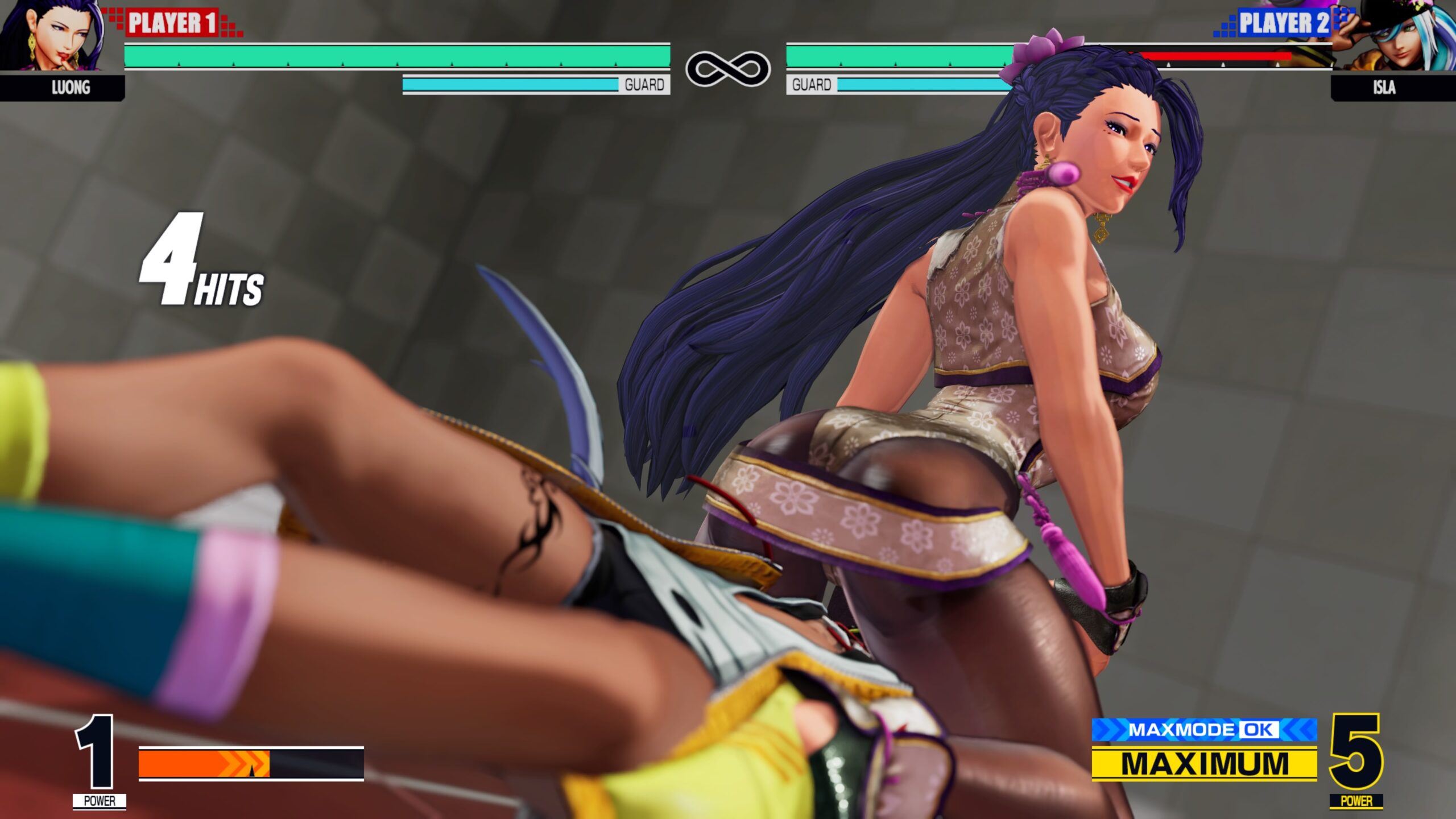 It’s been a very Luong week

Yep, that’s Luong from The King of Fighters XV, and yep, that’s her Climax Super. I mean, I know SNK basically created Luong as bootleg Juri, but I doubt even Street Fighter‘s Taekwondo assassin would be quite so bold in her… erm… “suggestiveness”. Regardless, it’s Saturday, and welcome to Whatcha Been Playing? I’m exhausted. We’re all pretty exhausted at the good ship Dtoid. There are a lot of big releases out this month, there is much happening in our real lives, and we all got a surprise Nintendo Direct and a surprise Sony PlayStation… indie… something. Anyway, we’re all working super hard right now.

Courtesy of short lead-ins and shifting embargos, my week was a wild collision between two titles: The aforementioned KoF XV, and Team Berzerk’s violent tribute to ’80s NES adventure, Infernax. As you might have seen from my recent reviews, they are both pretty durn radical, so maybe consider jumping into one or the other. Of course, your February bread might already be buttered — we still have Elden Ring, Horizon Forbidden West, and many other games en route. But spare a thought for the underdogs too. Many of them will be left trying not to drown among the AAA heavyweights.

The biggest February in gaming ever?

Anyway, I’m tired and I need to take a break today. So I’m gonna crash out and, hopefully, you are able to do the same. Either way, don’t forget to dive into the comments and let us know what titles are currently in your Top-Tier. This might be your last chance to tell us Whatcha Been Playing before we’re swamped with mighty, mighty releases and potential GOTY contenders… It’s only February! eep. Thanks for stopping by, and I look forward to reading about your current gaming escapades.