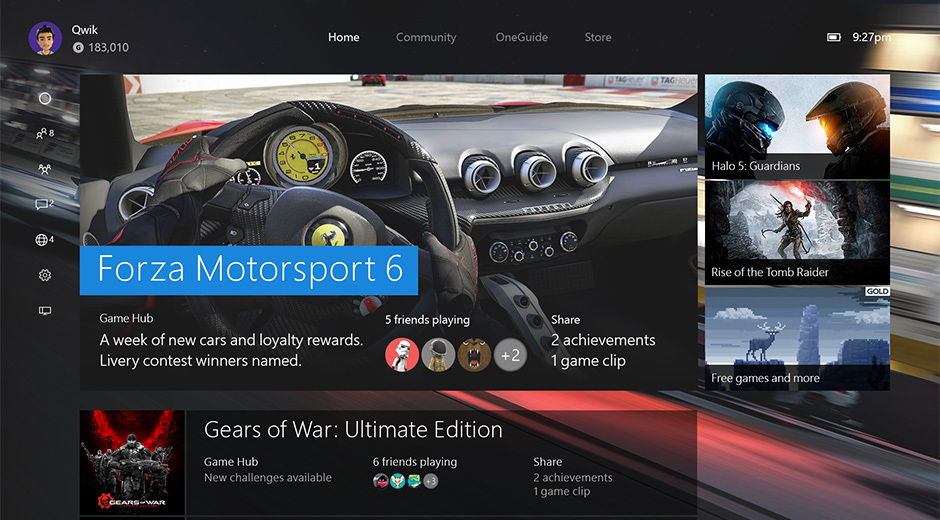 Preview invites are going out soon

In November, Xbox One will undergo a user interface overhaul. It’s a substantial change. The new dashboard is powered by Windows 10, which Microsoft promises will help “get you to popular gaming features up to 50 percent faster.” It also enables you to chat with Cortana using Kinect.

Most important of all, though, there will be 100+ Xbox 360 games playable on Xbox One at launch, with more to come. We’ve already gotten a taste of backward compatibility with games like Banjo-Kazooie and Viva Piñata in Rare Replay, and it’s a big deal for the console.

Xbox One preview members will get to test out the update soon. Microsoft plans to roll it out in the “next couple of weeks” to members “who have historically submitted the most feedback,” then grow the group from there. Opt-in by choosing “Preview – New Xbox One Experience.”

The company also outlined the update:

This November, Your Xbox One Gets Faster and More Social than Ever [Xbox]