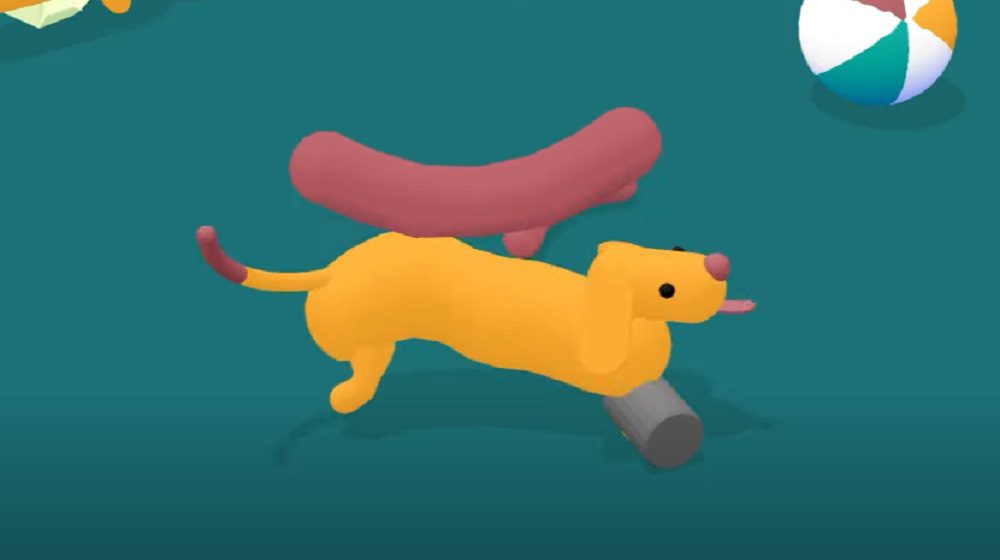 Triband’s very cool and very silly title What the Golf? has received a new update, adding a ton of new courses, a new campaign mode, new music tracks, and much more to the chaotic, physics-defying game. Best of all, the new update is available to download on Apple Arcade absolutely free! (The DLC will drop on PC and Switch in a few weeks’ time).

A Hole New World adds approximately 1000 new holes to What the Golf?‘s loony links, along with 50 new levels and revised classic stages. There’s more mad mechanics in order to keep your golf game as blunt as a bowling ball, alongside an expanded soundtrack and, perhaps most importantly of all, sausage dogs. It’s probably best you just take a look at the trailer below, as I doubt I can really offer all of this silliness the credit it deserves.

Originally launching on Apple Arcade back in the fall of 2019, What the Golf? immediately won over critics and fans with its simple mechanics and compelling gameplay, whilst also offering plenty of laughs due to its increasingly bizarre concept and daft “anything goes” style. A PC port followed in 2019 with a Nintendo Switch edition following in May of this year. Just last week the Switch edition of What the Golf? received a DLC update a little earlier than intended, following a technical slip-up by the developer. Of course, Triband just leaned into its mistake, befitting of What the Golf?’s Chaotic Good.

What the Golf? is available now on PC, Switch, and Apple Arcade.