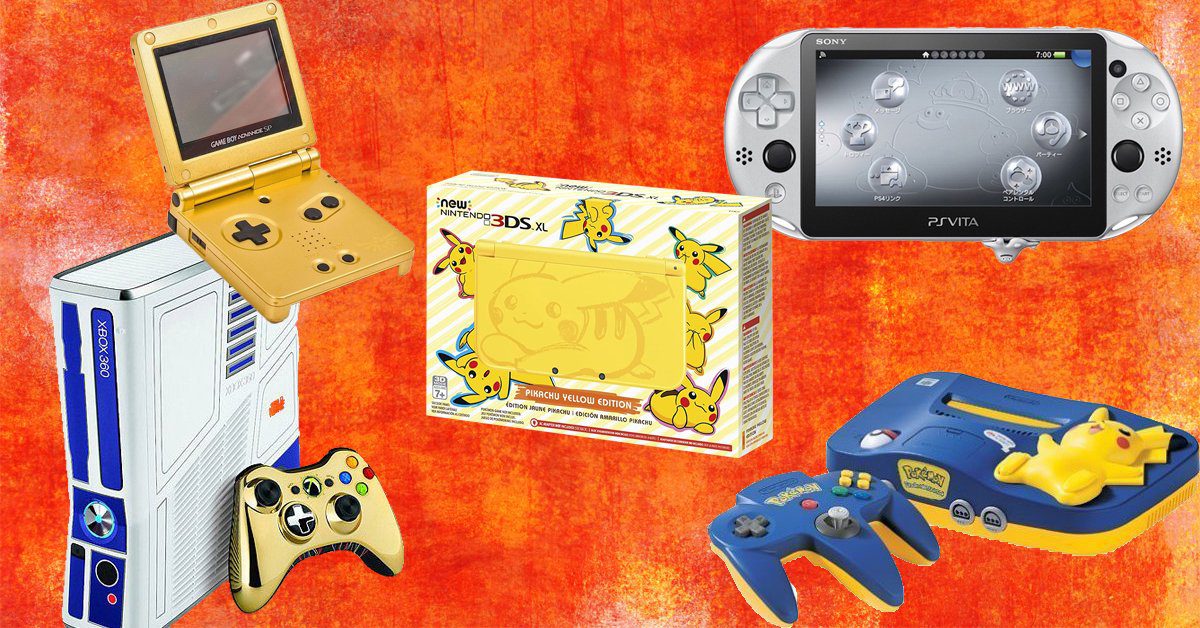 So many great GBA SPs that passed me by

Super Mario 3D World launches this Friday, and I am quite excited to get this on my Switch. The Wii U version is easily near the top of my personal “Best Game Ever” list, and while I’m not sure if Bowser’s Fury will fit in with the rest of the game — or if it will be a loose appendage that’s still a joy to play — you can bet your #dogecoins I’ll be adding it to my collection posthaste.

Launching the same day is the Mario Red & Blue Edition Switch, a new limited edition version of the console that’s decked out in Mario’s trademark colors. Opinions have been split on it for the most part. I personally like the look of it all, dull gray kickstand aside, but I don’t think it’s special enough to push me to move away from my OG Switch. If I’m going to upgrade, it’s going to be for something really dynamo.

I’ve been thinking a lot about special edition consoles and handhelds in the lead up to the release of the Red & Blue Switch. This week, I spent an unfortunate amount of time scouring the internet, looking for all those limited edition units that passed me by. That Pikachu Yellow Edition 3DS in the headline photo is one I didn’t even realize existed until it popped up in my Google search.

I never really got into special edition console collecting until Nintendo started dropping limited edition 3DSs like it was having a fire sale on them. That’s when I realized for basically the same price as an ordinary console, I could get an extraordinary one. When the New Nintendo 3DS was announced, I traded up to the beautiful Majora’s Mask edition of the handheld. As stunning as it was, it was horribly designed, and eventually, I switched over to my current Poké Ball New Nintendo 2DS.

I do wish I had started going for these limited edition consoles earlier because there are two from more than a decade ago that I can’t help but kick myself over not picking them up. And they’re both retro variations of the Game Boy Advance. One is the NES Edition GBA SP, and the other is the Famicom Game Boy Micro. God, if only I had the sense back then to pick up these consoles when you could get them for relatively cheap.

I’m a huge fan of retro aesthetics, which is why both of those limited edition handhelds are right in my wheelhouse. They’re so goddamn sleek, and if Nintendo could find a way to recreate the look of either of those on the Switch or Switch Lite, I’d switch my Switch in a heartbeat.