Nearly two years since hitting the streets, the saga of Grand Theft Auto IV seems to be nearing its end. The two exclusive DLC adventures Rockstar committed to have been released, and while rumors persist that some form of additional content may be coming to the PS3, it’s safe to say that things have run their course — it’s time to look towards the future.

There is no doubt that Rockstar is hard at work on a new installment for their flagship franchise. Long known for pushing the envelope with the next game often wildly divergent from the last, there’s an expectation of innovation from the series.

Where can Rockstar look for inspiration? To paraphrase Pablo Picasso, “great artists steal,” and there are plenty of examples within games released in the time following GTA IV that are worthy of theft. From crafting a more convincing city to a better approach to multiplayer, here are my suggestions on how to push the next installment to a whole new level. 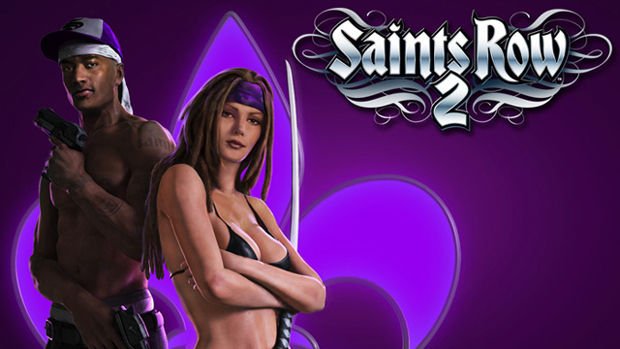 Volition’s answer to the Grand Theft Auto series, this sandbox franchise has placed a greater emphasis on having a ridiculously good time over creating a compelling narrative. It more closely resembles the GTA of old with an excess of needlessly crude characters and downright silly missions. But when it comes to introducing mechanics that make the game more playable, there are a couple of ways it stands above its inspiration.

The first, and most important from a realism and convenience standpoint, is cruise control. It’s baffling why this feature that has been present in automobiles since the late 1950’s still hasn’t found its way into a game where you spend such a considerable quantity of your time driving. While it would be unrealistic to take it to the extreme Saints Row 2 does by implementing the feature on every vehicle you can pilot, putting cruise control into cars would eliminate much of the frustration of attempting a drive-by shooting or just have one less thing to worry about when weaving in and out of traffic.

Another useful feature is the more functional GPS system. Being able to get to where you want to go at the very moment you’re traveling towards it is something GTA has done well for a very long time. But what about when I’m on your way to the objective I have laid out and spot something out of the corner of my eye that I’d like to take a look at later? I must either stop what I am doing and check it out right then or risk forgetting where it was while handling a more pressing matter.

Saints Row 2 eliminates this problem by allowing the player to place multiple waypoints on the map. In addition, these waypoints are numbered so you can prioritize or just keep track of what was where in your head through association with the number. The system works well, and while it may not be something I always need to use, having it available saves time and kills frustration. 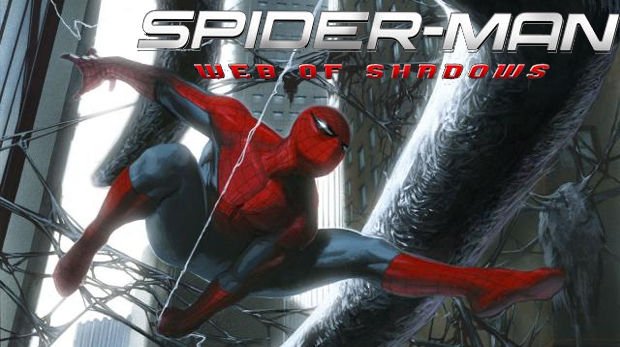 Collectible items are a huge part of the sandbox genre and GTA has been using them forever. Find all of a certain type of item hidden throughout the city and you’ll be rewarded with weapons in your safehouse and other benefits. But they’re all but pointless for anyone who isn’t obsessed with attaining 100% completion in the game. While many games feature these collectibles and manage to make them more attractive as a mechanic than Grand Theft Auto, the most recent Spider-Man title is one of the better examples.

Web of Shadows provides incremental benefits to the player as they collect tokens around Manhattan, as opposed to nothing in GTA. Collecting these makes Spidey swing faster and do more damage as you acquire certain quantities of the items. This gives a sense of progression far more appealing than receiving congratulatory bubble text.

While the benefits to the player’s abilities in Spider-Man may not be the way to go (as GTA IV abandoned the experience-based stat system present in San Andreas), unlocking guns individually in the safehouses upon attaining a portion of the overall goal could convince me to take advantage of the feature and extend my investment in the game. 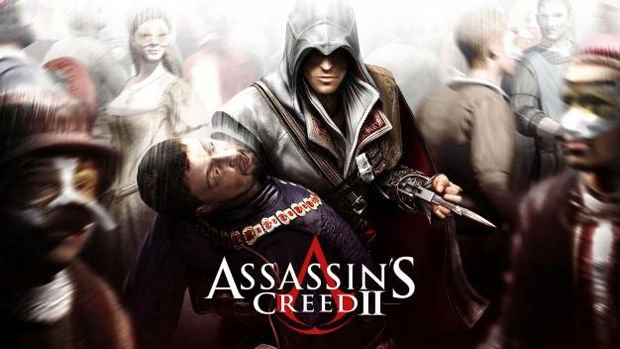 It’s clear that two of Rockstar’s biggest priorities since Grand Theft Auto III have been (1) creating a world that’s believable and (2) giving the player freedom to commit any act they can imagine within the confines of that world.

The emphasis on realism has grown over time and creating a city that feels bustling and alive is a strong point for the series. The problem with these “living cities” in GTA is that they come off as a bit soulless, limiting themselves to randomized dialogue and some scripted engagements between NPCs who approach one another on the street.

Any sort of interaction with the world outside of a mission instance is reactionary to the player. Police respond to crimes they’ve seen you commit. Civilians flee in terror upon having a gun leveled at them or fight back when punched. These put the impetus on the player to make the world react to their actions, instead of the environment directly engaging the player without provocation.

By contrast, the cities in Assassin’s Creed 2 fill the streets with people who can come into conflict Ezio. Passers-by might pickpocket Ezio and give me an opportunity to track them down and take back what’s his. The lute-playing bards get in his way and draw attention to his actions and I have to decide how best to deal with the minor inconvenience1. These provide a sense that the city is truly alive and would carry on its way unhindered had I never entered into it. If you’re going to make realism a priority, the goal should be to make your main character the center of the story, not the universe.

In Grand Theft Auto, this could be executed in countless ways. Anyone who has spent time downtown in a major city probably has a story about an aggressive panhandler. Why, in a city as crime-ridden as Liberty City, has GTA IV’s protagonist Niko Bellic never been involved in an attempted mugging? How can he, not once, be a witness to a random criminal act which makes him a target of violence? The possibilities are nigh endless and can make even the most mundane tasks more interesting.

This one comes with a warning, however. These events need to be applied judiciously to ensure that we’re not constantly beset by interference whenever taking a stroll down the street. What appears novel at first could quickly become an annoyance. 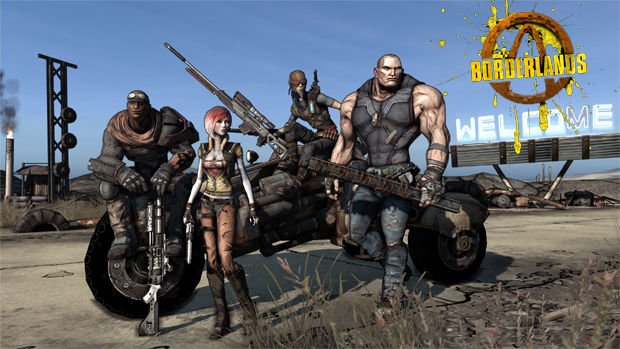 Players of Grand Theft Auto games long wished for a multiplayer component, a wish fulfilled by GTA IV. Somewhat. The multiplayer didn’t reflect anything interesting, different from the offerings of most online games. While the Free Play mode allowing groups of players to explore and just wreak random havoc on the city was closer to what many desired, it felt a bit half-hearted, a pale shadow of the real Liberty City in the single-player experience.

The “drop-in/drop-out” aspect of Borderlands, allowing the freedom for players to join a game in progress and participate in the actual missions, is not a new concept at all but it’s one that GTA would benefit from if handled with care. If I’m going to participate in a heist, for example, one of the things I’d like to do is formulate a plan all my own, put together a team of people and execute. NPC characters don’t allow for that opportunity, however, and you must simply carry out the designer’s plan for how things must proceed.

Sadly, out of all the suggestions made here, this is the one which resembles a pipe dream. GTA’s mission structure and emphasis on narrative would make it difficult to offer players the chance to bring more people in on it, as many missions simply need to be performed solo to have the appropriate challenge level or impact.

That said, this problem could be avoided simply by making some missions single-player only and unavailable when others are a part of your game. The opportunity and desire for it is there to make this successful, provided Rockstar believes that they can effectively implement the concept. 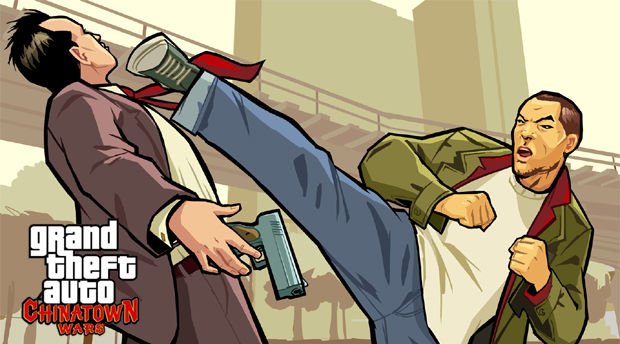 Not every idea has to come from without, and the Nintendo DS adventure was an excellent title in its own right. The game has the general feel of a classic, pre-3D Grand Theft Auto, it contains a number of innovations that might have an excellent impact on a console release.

Stealing cars in Chinatown Wars can be a much more involved process than in other games from the series. Stationary vehicles have a variety of security systems that must be circumvented in specific ways in order to take control of it. While the mini-games used in the portable title might be a bit less fun to perform with a controller in hand, why not apply a simple quicktime event? If I want that really fast car on the street to escape the cops, I would expect have to do a little bit of work to get it running. And with the fuzz on your heels while you do so, the tension to get it right could be delicious while failure need not necessarily equate with death like so many examples of the mechanic.

The economic system present in Chinatown Wars is another excellent feature, one which could be brilliantly expanded upon in a full-featured console game. The drug dealing system was great fun, but why stop there? Creating fences where I could dispose of guns, valuables or other stolen goods might be a fun addition and need not even be tied to a mission type at all. Let me walk into a building, find something of value and try to profit from it. 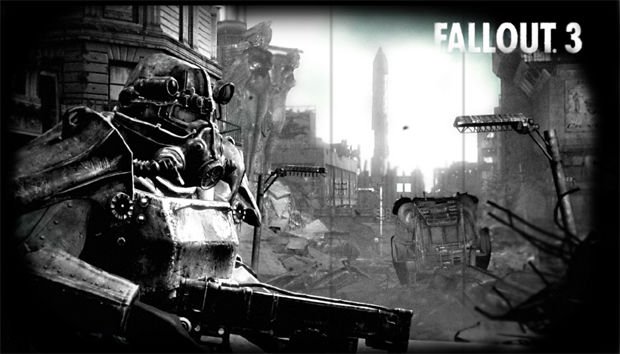 A lamentable fact of the GTA IV downloadable expansions is that so much time passed between the release of the main game and the new content. Both “The Lost and Damned” and “The Ballad of Gay Tony” were excellent additions, but I suspect that most people were, as I was, considerably less interested in GTA IV after so many months and so many other games to capture our attention.

Fallout 3 handled this particularly well, I thought. None of the game’s add-on content had the same sort of polish as that which came for GTA IV, but it didn’t matter. Extra content was released in a window of time when the game still felt relevant and desirable. While you may be able to get away with a “when it’s done” approach to development with retail titles, it only becomes harder to keep any but the most devoted fans of that game on the hook the more time you wait to release DLC.2

This is less of a mechanic than an appeal. It was a big mistake which needs to be learned from. If I am made to wait nearly an entire year for another DLC add-on again, I will not buy it. The series’ target demographic grew up taking Ritalin like they were Tic-Tacs, for God’s sake. We don’t have that kind of patience!

1 You do remember that you can throw money on the ground, right?

2 If you want to make the argument that Valve is doing just fine with Half-Life 2 Episodes, I refer you to that statement about devoted fans and ask that you examine the nearest mirror. Come on. You know I’m right.