The rich get richer!

Nintendo’s second foray into the mobile gaming market seems to have a bit more panache and aggression packed into it. Loads of freebies to get started, a rotation of characters to earn, and just a few weeks after launch we got a new selection of characters introduced into the mix. Of course, full disclosure, I’m enjoying it in the short bursts I’ve been playing it in primarily because I’ve managed to earn several five-star characters without spending a dime on microtransactions. 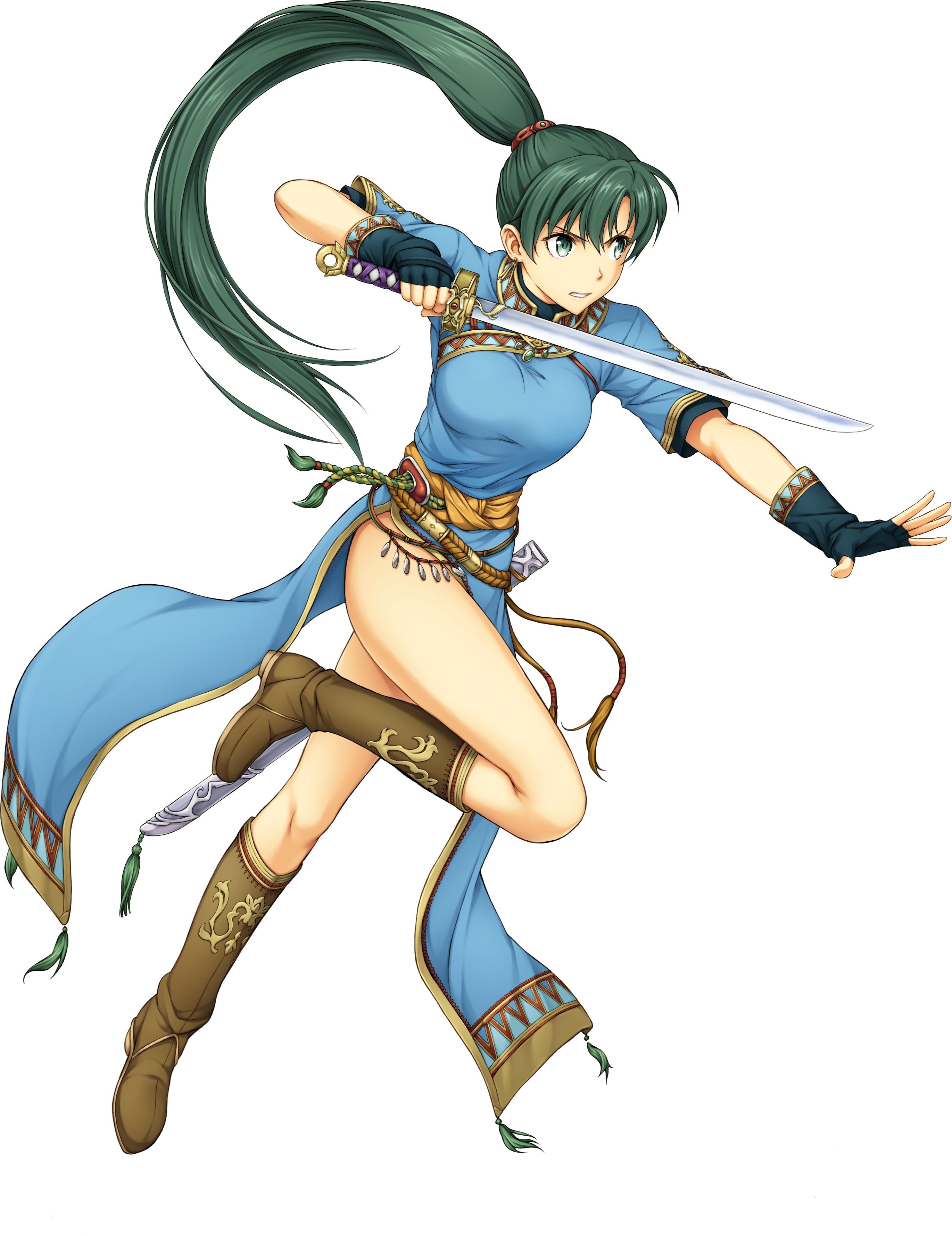 There will inevitably be differences in how people enjoy a free-to-play games, so I asked the community what they thought so far after bragging about how I got a five-star Robin from my second pull of the game.

First I had a back-and-forth with TheBlondeBass.

It’s a pretty standard gatcha mobile game, right down to the atrocious energy system (lunatic missions take half your max energy for a single mission that takes like 2-3 minutes), but the visuals are nice.

I’m not sure if I’ll stick with it, but I don’t regret clearing the entire campaign and objectives on normal and hard.

Also, the lack of representation of older FEs is a bit disappointing, but I’m still fairly happy with the team I ended up being able to use. Merric and Hinoka are 5 stars, Eliwood and Gaius are 4 stars.

Beyond the numbers, most games in the series are missing. I suspect they went in with the smash characters in high priority, but even then Path of Radiance and Radiant Dawn don’t have any representation.

There’s Marth’s game, Roy’s game, Lyn’s game, and then a lot of Awakening/Fates stuff. The rest isn’t in yet.

Torchman has a special thing going on with FE Heroes.

Literally have two teams going. Marth/Arthur/Shanna/Niles for story, and then Marth/Cherche/Waifu Corrin/Clarine for event stages. Like, I can already tell that, when more special stages roll out, 3 star and under characters will struggle if at level equivalency, and 4 star and higher teams will be needed, and that’s why I have a second team, partly influenced by the early tiers going around, being leveled as well.

SrChurros is quite enjoying the experience and he isn’t even a longtime FE fan!

So far I’m enjoying it a lot, having tons of grindy fun. At first I was quickly progressing through the main story, but I stopped around Chapter 7 to level up the heroes from my latest roll, but I feel guilty about wasting time with these kids instead of gathering orbs for new rolls.

The funny thing is that I know almost nothing about the Fire Emblem series, just played for about 15 minutes one GBA game once. So I don’t get as excited as you guys do when you roll a favorite, but I don’t get frustrated when I don’t. And I’m starting to have my own favorites now!

So my favorite ones so far are Beruka and Jakob). Beruka is cool and rides a dragon and beat the shit out of people, and Jakob is a very useful support character and also sexy. Oh, also Jagen is a beast, and Gwendolyn is a concrete wall. My first 2 rolls were kind of good, but on my last one I got only 5 star heroes.

Also, the skill system is pretty neat, and the game got waaaay more interesting when I started buying those to my units.

Overall, I’m enjoying it a lot. It is simple but fun, my stamina is almost always full, the AI is kind of dumb which is good cause I suck at strategy games and I like to take care of my babies. The only things I’m not enjoying so far are the almost complete lack of interaction with your friends (why bother to have the ability to add friends when you can’t interact?), heroes got from the daily maps are garbage and the price of the orbs is waaaaaaaaaaaaaaaay too much in local currency (3 orbs = BLR 7.00, which means I’ll never spend a cent on it). 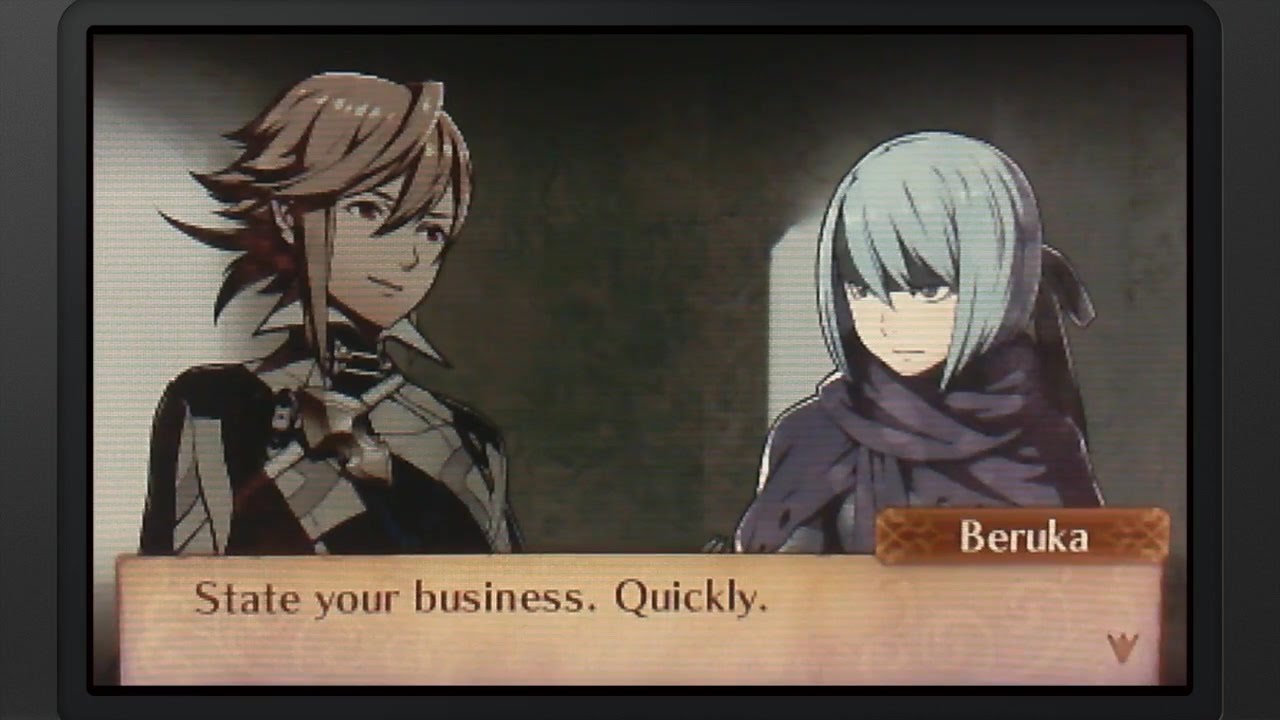 Gamemaniac3434 managed to get a five-star Camilla.

I have summoned 3 times so far, and on the second time I got a gold 5 star Camilla-the only character I actively wanted (because boobs, purple hair and a lack of series familiarity as well as the axe and dragon combo being badass).

Other than that nothing of note, but I’ve been having a fun enough time with it so far. I can see it eventually getting grating but for right now I’m having a decent enough time and I’ll keep poking at the summons here or there to get better characters. Don’t foresee spending money but who knows – I might grab one of the older Fire Emblems or even one of the newer ones (hears wave of grumbling and teeth grating in the distance) okay maybe the older ones at some point, to get a feel for the series.

ZombZ is thirsty for a fix on Fire Emblem.

The game is really hammering home how much I hate myself for refusing to budge and just buy Fire Emblem: Fates digital. I love this series, and while this is a cheap fix, I’m still enjoying Heroes. I have given up on getting Tharja, but at least after about 2 or 3 Summons (=10-15) I started getting 5 Stars. Takumi is an absolute beast. I already got my 3k feathers for this week secured. I suspect I’ll have finished the lunatic missions in 2-3 weeks. The stamina cost is just way too high on high level missions. I’m not going to spend a single dime on orbs, since they are ridiculously overpriced and I hate microtransactions in general.

I’ve dropped…. 20 dollars on it so far?
I’m liking it a bit, but I hope they add more ways to get orbs since the stages are obviously limited and inevitably you’ll stop getting them.
But I’ve only seemed to get 5 star healers. Not that I’m complaining, but I wouldn’t mind a five star Tharja instead.
I like the game. It’s not something I see myself playing long term unless they fix the orb issue I mentioned though, but I’m willing to give it a chance.
I definitely prefer Pokémon Duel for my strategy games.

So how about you guys? Have you had any luck with the character rolls? Or is it the same old freemium rat race for you?