Let’s face it, the Xbox One has had a bit of a tumultuous lifecycle so far. Right from the get-go, it drew the ire of the gaming community with criticisms mostly stemming from its highly restrictive DRM features, which were thankfully scrapped prior to its launch. It also launched with slightly weaker hardware than the PlayStation 4, which was only further hindered by its then-mandatory Kinect support.

Microsoft’s console is still the subject of criticism to this day, most notably of which revolves around a lack of meaningful exclusives when compared to the likes of Sony and Nintendo’s offerings. Despite this, the company’s E3 showings have nonetheless been pretty solid in recent years. The reveal of the Xbox One X, for instance, was one of the more exciting announcements of last year from a hardware perspective.

To its credit, I have to say that I’ve loved the Xbox One’s offerings in terms of features and services, most notably the ability to play older games via backwards compatibility. It’s a huge point of differentiation from the likes of Sony and Nintendo — both of which have eschewed the ability to play prior purchases in favour of newer games and enhanced ports.

While it may not have as many console-exclusive games as the PlayStation 4 or the Switch, I have also enjoyed the hell out of the likes of Sunset Overdrive and Forza Horizon 3. Then there’s Cuphead, which went on to become a much-beloved indie darling.

What I’m trying to say is that all Microsoft needs to do to win E3 for me is to have Phil Spencer walk up on stage, announce that Metal Wolf Chaos is coming to Xbox One either as a remaster or via the aforementioned backwards compatibility, then immediately strut off while whistling merrily.

Oh, and I guess Microsoft could further flesh out the Windows 10 Store in order to make it a viable alternative to Steam. That would be nice to see. As would newer instalments from its roster of IPs, such as Fable or Banjo Kazooie. The former has always been somewhat of a guilty pleasure of mine.

That’s just my (probably terrible) take, though. What do you want to see from Microsoft at this year’s E3? We posed this question to the Destructoid community, and here’s what they had to say: 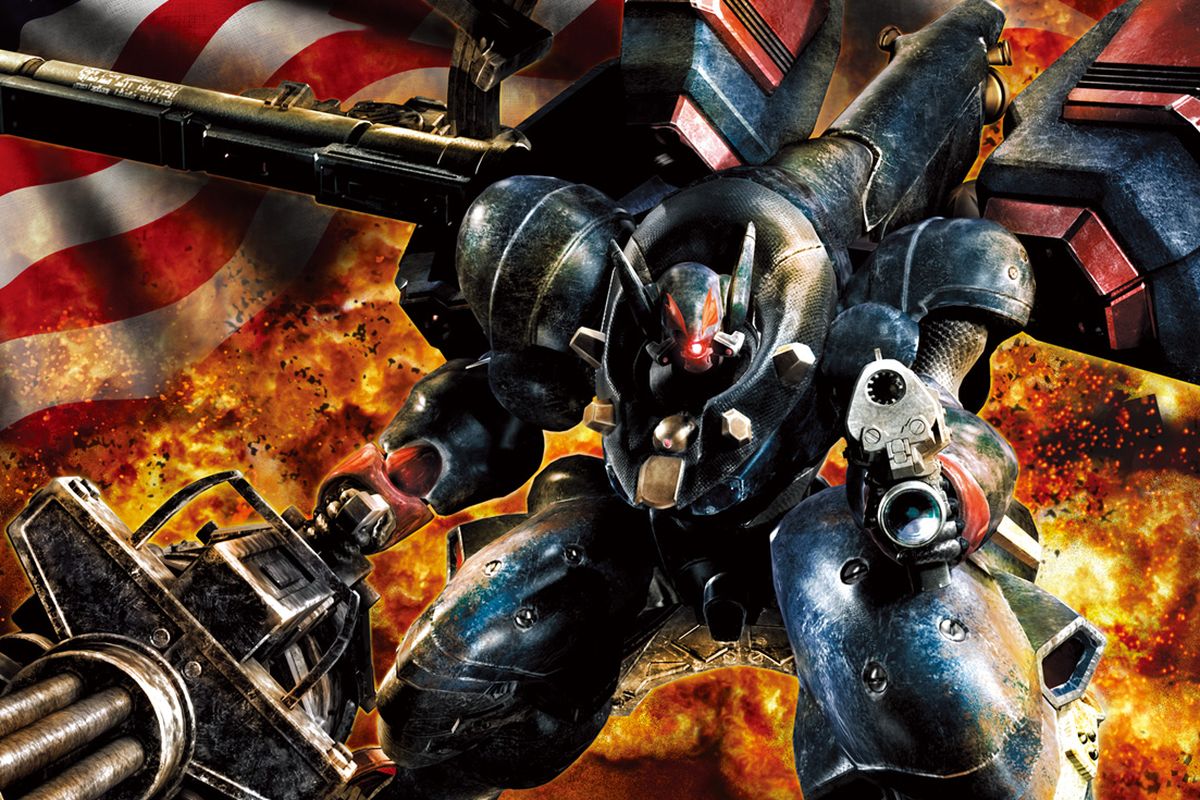 First off, Chris Bradshaw has a prediction about Microsoft’s plans for the future:

“Microsoft is going to bet on a game service for all platforms I feel.”

RiffRaff just wants to see the Xbox One stand out in the console space:

“I’m not a user of MS but I would like to see them get a win somehow. New IP or a crazy new innovation that gets them to stand out instead of being the other console that does the same thing as ps4 but with less games. I’d like to see them go full Nintendo and announce some crazy new technology that will push the concept of interactive entertainment. Basically I’d like to see the three players give me very different reasons to use their products. Would be real healthy for the industry.”

A final release date for Ori and the Will of the Wisps is all it would take for Microsoft to ‘win’ E3 for ScionVyse:

“Give me a release date for Ori and the Will of the Wisps. One that’s done, they can shut the show down, as they’ve won.”

ScionVyse isn’t the only one who’s excited for Ori, it seems. Rasori also wants to see Microsoft show it off some more:

“Ori and the Will of the Wisps, for sure.”

Dango sure has something to say about Ori, I think. I’m not even sure. But here’s their comment, anyway: 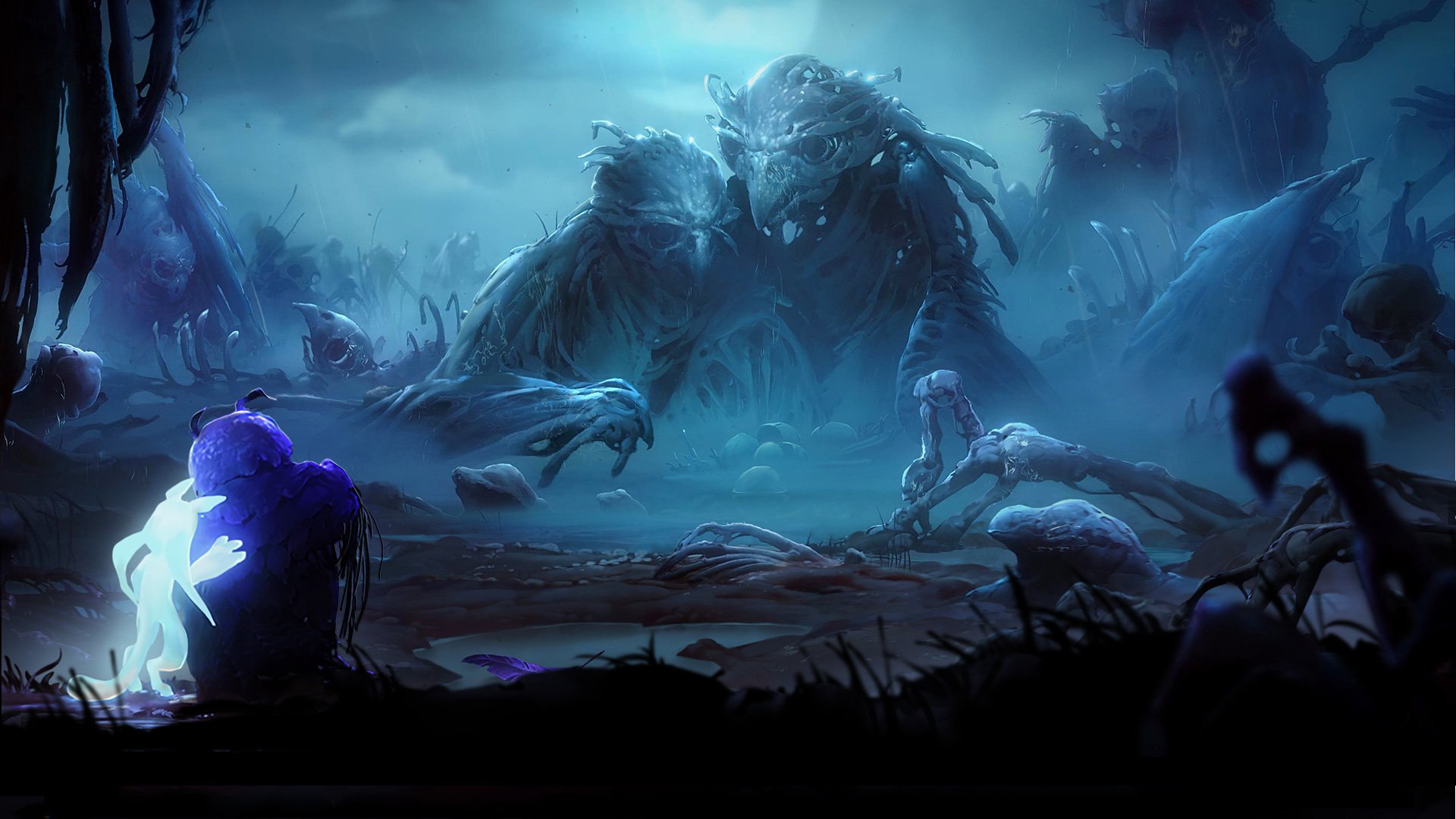 “Anything which makes xbox owners happy. I have so many friends who own one and dont know what to do with it and that’s such a shame…”

dephoenix would like to see Microsoft put its roster of IPs to good use:

“I’d like to see them actually use the IPs they own instead of sitting on them. New Banjo, new Battletoads, new Perfect Dark, etc. What’s the point of owning all these games if you don’t actually make new entries?”

TheLimoMaker has a comprehensive wish-list, including the likes of Fable 4, Halo 6, and a new IP:

“So I want this:
– Start off super strong with the announcement of Halo 6. Then, couple this announcement with HD re-releases of ODST, Reach and Halo 4

– Next, have Rare announce their plans for Sea of Thieves. Full disclosure, have them own how bare bones the game is and tell the public all of their ideas for the coming months.

– Have this lead into: Perfect Dark. Now is the time for Microsoft to mine older IP. Perfect Dark deserves a new developer and a new release.

– Showcase a new indie game. Whether this be a platformer or a walking simulater.

– A New IP. Preferably an action RPG in a similar vein to Nioh. Give it a Western-developer twist and maybe even go whole hog and make it horror themed.

– Fable 4. Have it worked on by a new developer and have it feature a fully realised open-world Albion. Set it on another continent if you prefer. Learn from Breath of the Wild, Horizon, The Witcher 3… Make Fable feel like it’s improving and evolving.

– A New Gears game. Have it follow it’s original roots as a more personal story about a small group of people trying to make a difference in a wider conflict.

– Conkers Bad Fur Day remastered or a spiritual sequel. This one will sell like hot cakes.

– Last, have Remedy come out and announce Quantum Break 2. People will be excited but not ecstatic.
Then, have them say that it’s not all they’ve been working on and show off their new IP.
Great, people are hooked and love this.
Then close the show by blowing the roof off: Alan Wake 2 has entered development.”

According to Zer0t0nin, Microsoft needs to truly show the world what the Xbox One X is capable of:

“Anything “new game“ related. Granted, they’re filling one particular niche pretty well atm with backwards compatibility, but man, you’re just sitting on a rather powerful piece of hardware with the XBone X, so do something with it. You want to show the gaming world why to choose this over Sony, Nintendo or a decent PC, so give ’em something that requires more powerthan PS4 Pro and Switch can muster and is still fun.”

Wes Tacos isn’t sure what Microsoft can do to get him to buy in at this point, but he does have a nice list of ideas on where to start:

“Honestly I don’t know what MS could do at this point to get me to buy in. A large price drop in the X would help, but even then I already have a PS4 Pro, and none of their games have convinced me to jump over, yet. I do think they’re setting themselves up to really hit the ground running in the next gen (if there is one for them), so maybe all of this work will pay off in the future?

Apart from that, I think they need to get on the Rare IPs they’re just squatting on. With a recent return of mascot platformers, they’ve got a veritable treasure trove sitting underneath their heels. They just gotta use it”

JohnSmith123 also wants a reason to buy an Xbox:

“Something that’ll make me want to buy an Xbox. I mean I have a PS4, a Switch, and a good PC. Why would anyone want an Xbox?”

Ticklefist has one simple request:

“I’d be happy with a PC port announcement for Sunset Overdrive.” 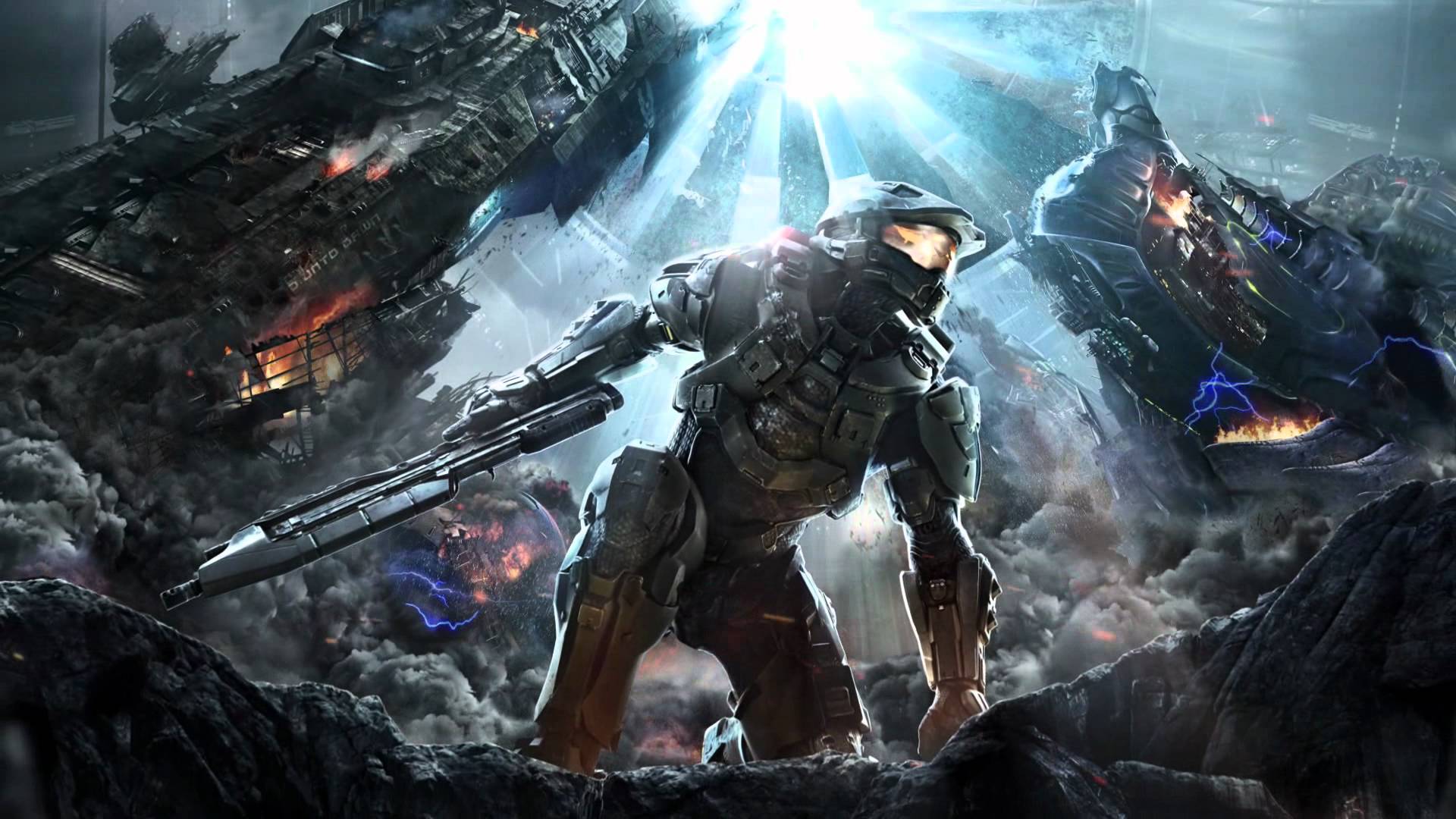 “Some dlc single player campaign stuff for halo5 would be great. Maybe something like an odst, or reach to hold us over until 6, because I doubt it’s coming soon with how tight, and popular 5’s multiplayer is.”

Halo, in general, seems to be a popular pick. CelicaCrazed thinks that it’s time for a new entry in the franchise:

“Halo 6 and literally nothing else for me.”

AbsolutFreak would like to see Halo: The Master Chief Collection make it to PC, as well as a new Gears of War:

“I will be 100% satisfied if I see that Gears 5 is announced and coming relatively soon (this year or early next).

Halo Collection on PC would be a nice cherry on top.”

BigDoniel is another person looking out for the older Halo titles on PC, as well as more footage of the upcoming Age of Empires 2 remaster:

“I’d like to see gameplay of either AoE2 Remastered or even better AoE4. The immediate release of Halo1-5 on PC would be really neat too, but don’t see that happening so I’ll stick with the first option!”

They’re not the only ones interested in the prospect of Halo on PC. Electric Reaper also wants to see that happen, along with some new indie titles:

siddartha85 has a solid wishlist including Halo, Fable, and a modern Banjo Kazooie:

Maybe the Forza franchise can branch off again and do something crazy, like car combat or something.

I’ve never cared about Rare, but I’d be interested to see what a modern Banjo Kazooie would be like.”

Neronium is looking for some more backwards-compatible titles so they can finally sell off their Xbox 360:

“Give me Sonic Unleashed for backwards compatiblity and Tony Hawk’s American Wasteland so I can finally selly 360.” 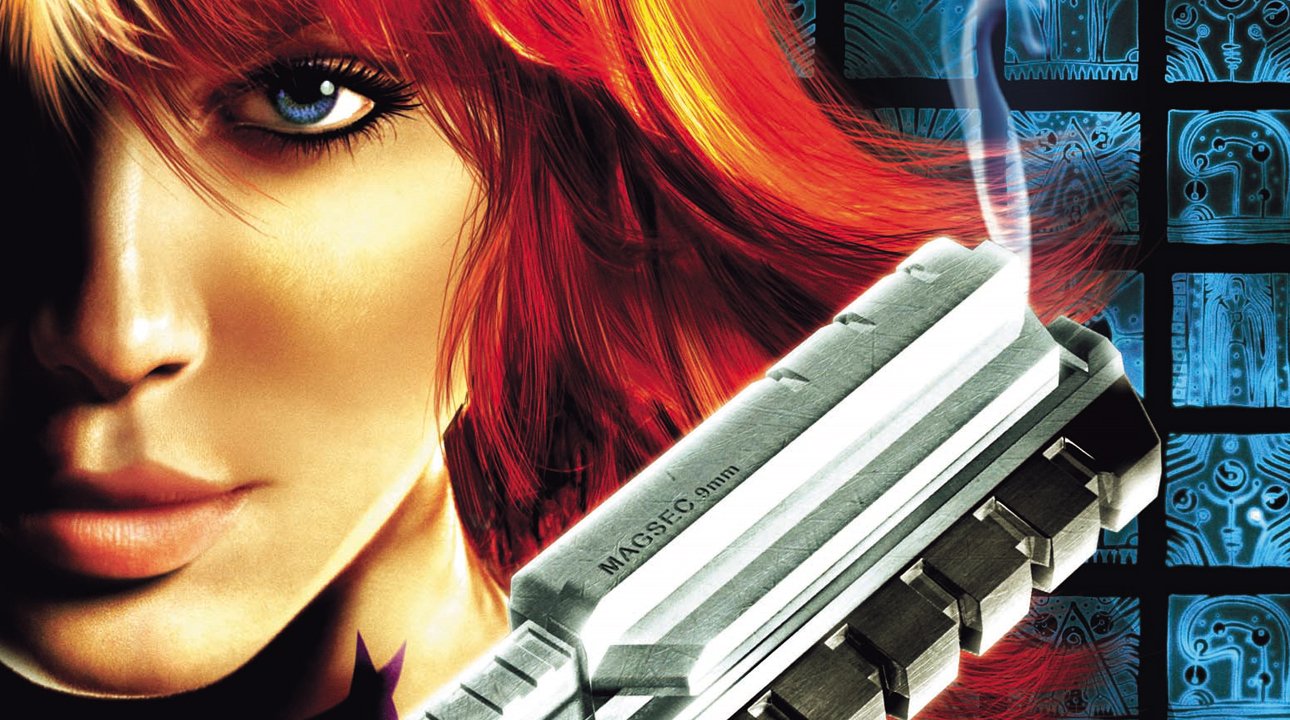 No Pudding Saving for Switch is after the return of an old Rare classic, with a level editor to boot:

“A new Perfect Dark game, headed by Rare. With a level builder and robust bot AI, of course.”

In fact, revivals of Rare games from the Nintendo 64 era seems to be a popular idea. Adzuken, for instance, would love to see a return to form for Blast Corps:

“Blast Corps. I’d give it a subtitle, but if they rebooted the series, I can almost guarantee they’d forgo appending anything.”

Or you could be like Goemar and ask for the return of an even older Rare property:

“Please give me Battletoads. Like all this T-shirt teasing just for a Shovel Knight appearence was just too much…”

Like Raiku Destructoids Champion, I was also looking forward to Scalebound:

“Stubbs the Zombie 2 or remake and Scalebound uncancelled.”