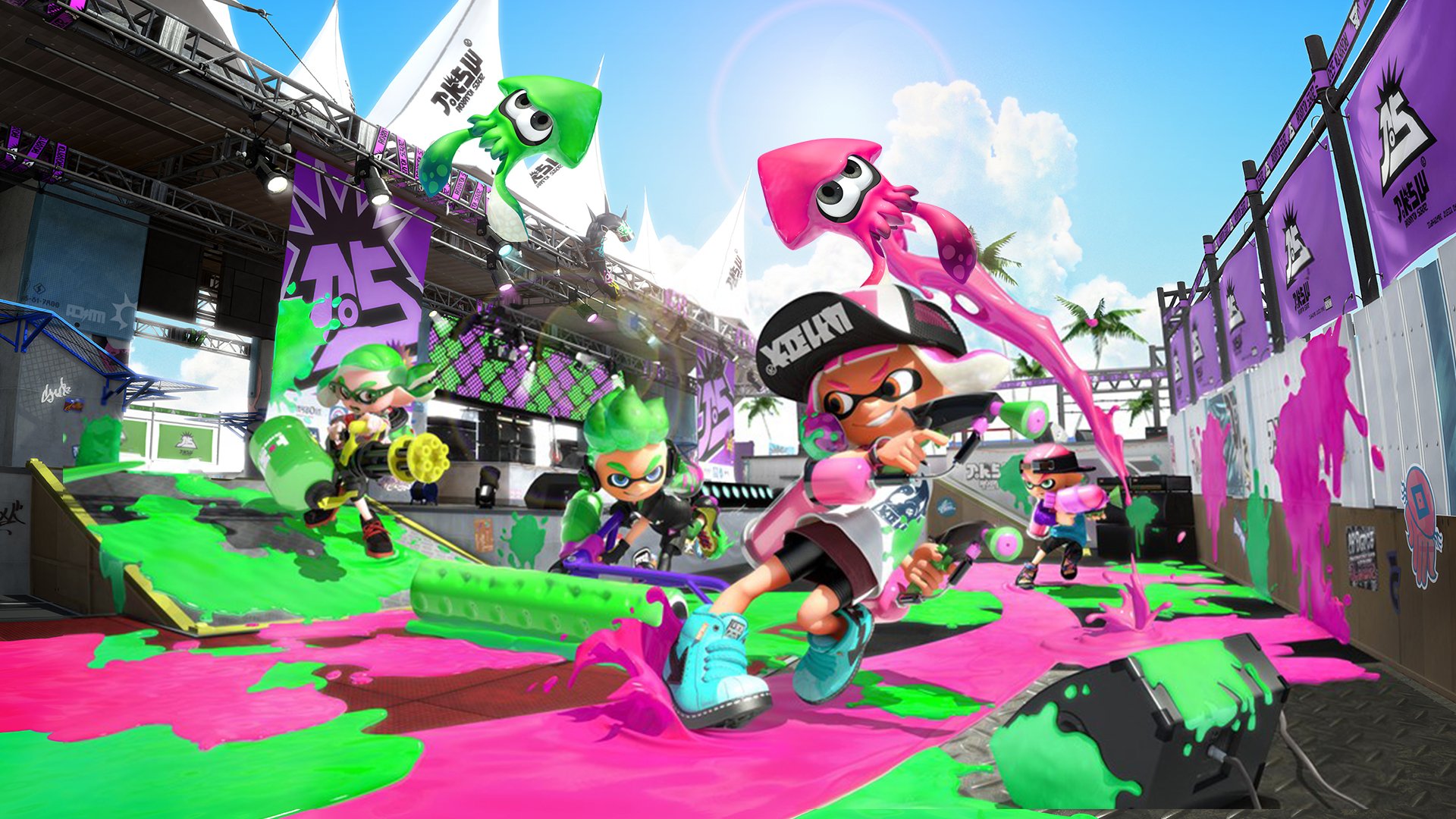 Much like how Nintendo held a limited demo for the first Splatoon on Wii U, this past weekend saw the same thing happen for the upcoming sequel, Splatoon 2. The “Global Testfire” had two maps on offer in a single game mode and was meant to stress test the online service for the game’s eventual launch in the summer. While I can’t make any verdicts for how the final product will be, I can definitely say that I’m not so sure Nintendo should have gone with the “2” moniker.

I played roughly two hours of the demo and, while I enjoyed myself, I was a tiny bit disappointed. I expected something a little grander from a sequel to one of the more creative shooters on the market. Nintendo did a lot to shake up tired conventions and put more of an emphasis on fun instead of kill streaks and glory hogging with the original Splatoon. While that still remains with 2, I’m not so sure that I would want to drop $60 on a sequel that doesn’t change much.

The new weapon available in the demo, the Dualies, is fun, but nothing beats the Splat Roller for me. That thing is a beast and can easily conquer a match when paired with good team mates. Some changes to the HUD definitely improve the experience, though, as you can now see when your team is behind or which player is using which weapon without glancing at a separate screen. I’m not so sure I like the change done to the map (it doesn’t feature touch screen support when used in portable mode), but that is more down to me having prior experience with a different option.

I suppose Nintendo thought it wise to not tinker too much with the formula as the Wii U wasn’t exactly the best selling piece of tech around. Splatoon sold nearly five million copies, but that doesn’t equate to a massive number of people having actually played the title. Maybe the decision to slightly improve aspects was more to not scare away people who haven’t tried the original? Then again, I feel like dubbing this Splatoon Reinked or something similar would have been better.

I know remasters are a sour subject for a lot of people, but most games on Wii U never really had a chance at success. Nintendo initially tried hard to push its unique vision of dual screen gaming, but that didn’t resonate with most people. There are a bunch of gems that will go untouched simply because they are Wii U exclusives. It is obviously too early to tell if that 2 denotation will hurt this game, but I feel Nintendo might be limiting its reach by calling this a sequel.

Then again, I am making this judgement based off of a simple demo with a limited map and gun selection. There is still a campaign mode in the full title along with other multiplayer options. The campaign in the first Splatoon was very reminiscent of Super Mario Galaxy and was damn good fun. I’m sure the wizards at Nintendo have cooked up something grand for this game.

So, that is my reaction to the demo. How about you guys? Did you have fun with it? Did you completely miss the time slots for play? Do you not have a Switch and hate Nintendo for its manufactured scarcity? Let us know in the comments!