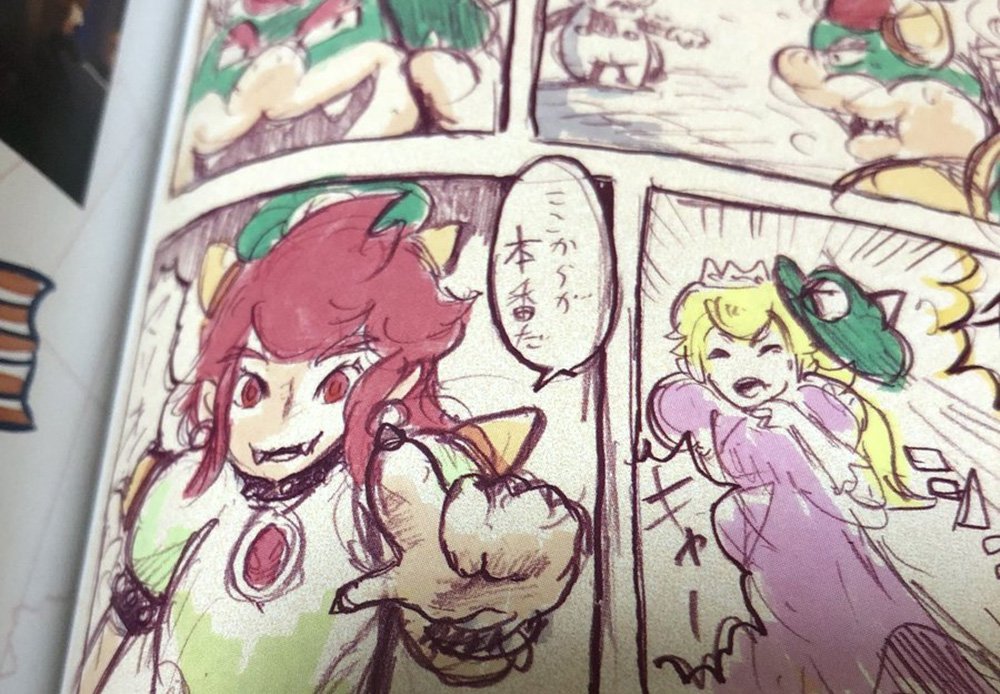 The Art of Super Mario Odyssey

Talk about uncanny timing. Just as the princess fan art movement ensnares the internet, a new art book called The Art of Super Mario Odyssey released this week in Japan. There are already a few notable discoveries in its pages, but it doesn’t get much more double-take-inducing than this: Nintendo toyed around with the idea of Bowser using a cap to take over Princess Peach’s body in Odyssey.

That’s right. There’s a Princess Bowser concept straight from the minds at Nintendo.

So in THE ART OF SUPER MARIO ODYSSEY that came out in Japan today, there’s an scrapped concept of Bowser taking over Peach’s body with his own version of Cappy.

Kind of surreal how there could have been an “official” Bowsette long before the fan one took over the internet. pic.twitter.com/gSMOqNDKKf

I’ve said it before and I’ll say it again: I want to see Nintendo use this stuff in a game.

Odyssey was overflowing with creative ideas as is, so it makes some sense that the Princess Bowser scene from this concept art didn’t make the cut. I mean, you have to save something for the sequel.