We were going to get here inevitably. The moment I started writing about kusoge, the clock was ticking to when I’d finally hit Superman on the N64. Well, here we are, and I once again have to preface by saying that I don’t think Superman 64 is the worst game of all time. I still hold that Carmageddon 64 is worse. I’d probably even argue that Transformers: Beast Wars Transmetals, while being slightly less painful to play, has less right to call itself a video game. It can be more accurately categorized as a misfortune.

Still, it’s bad, I won’t argue that. It has its reputation for a very good reason. If you want to be charitable, you can argue that Titus was up against some strange restrictions from hostile Warner Bros. execs, but the end product probably shouldn’t have been sold without a disclaimer. I’m not sure how good it could have been, even under the best conditions, because Titus was the developer. It’s like I always say: “It ain’t no fun if there’s a fox on the box.” 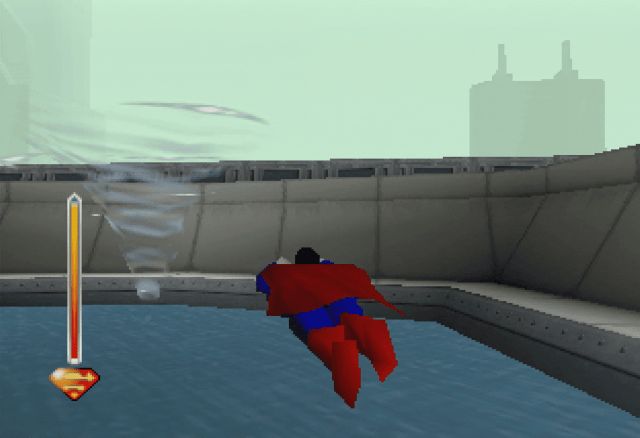 Superman 64’s reputation is pervasive. When I bought the game, it was because spending an extra $20 at the game store would get me a free T-shirt. The clerk there looked down at what I had brought to the counter and, with concern in her eye, quietly asked “why?”

There are many reasons for this, and they’re hard to miss. Half the levels are “chase” missions, which requires you to guide Superman through a series of rings abruptly interrupted by short objectives. Some people seemed to find these borderline impossible, I actually thought they were the least painful part of the game. You fly around a 3D representation of Metropolis submerged in fog thicker than an autumn squirrel’s butt, and it’s sort of peaceful. If you fail at the mini-objectives enough times, it stops forcing you to repeat the ring sequence leading up to it, so at least it’s not deliberately trying to torture you. I mean, beyond reason.

The other part of Superman 64 looks more like a video game. You enter a level and try to finish objectives while fighting these shadow noir dudes. They stay planted in place and shoot at you when the fog recedes enough. The most effective way I found to deal with them is to just fly into them until they die. They’re not terribly good at hitting a speeding bullet. 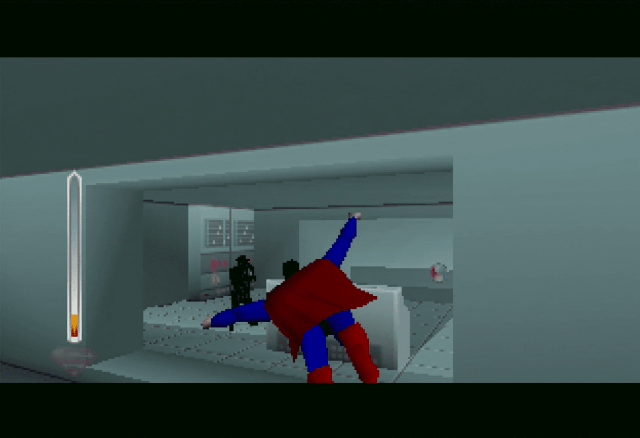 With that in mind, it’s probably better just to ignore the enemies. If you know where you’re going because, say, you keep dying at the end of the level, it’s safer just to fly past the enemies and activate whatever switch is waiting for your super-powered grip.

The only times you truly need to fight is when a boss needs a good slapping. Typically, fights with them devolve into two people throwing vague gesticulations at each other. The punch animations are all kinds of hilariously impotent and the hit detection isn’t paying attention. It gets better when heat vision comes into play because you can just stunlock the boss until they fall over.

It’s all a big mess. Even finding objectives in Superman 64 can be difficult, because the level design is so butt. It expects you to be clairvoyant since it loves opening doors in places you’ve already been. As I said, it gets easier when you have the foresight and know what’s coming up. 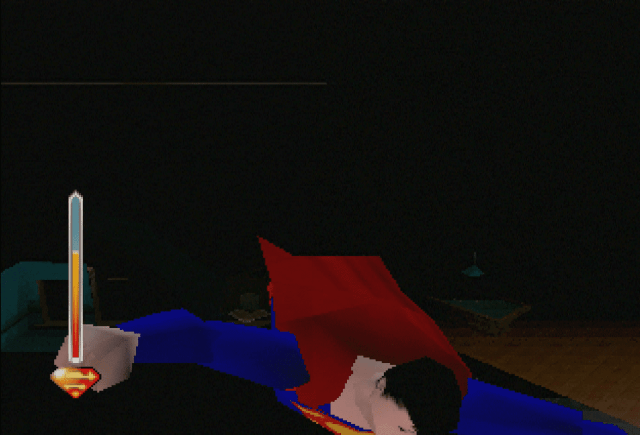 The story is barely there but manages to reach new depths of suck. Superman is drawn into some sort of virtual environment to save his friends. Despite nothing being real, however, Superman has to save citizens from danger and stop Lex Luthor from manufacturing weapons.

One of the most bizarre moments is when you take out Darkseid in a parking lot and have to turn his unconscious body over to the police. I don’t know how much you know about Superman: The Animated Series, but Darkseid was a mix of space Hitler and Satan. He was used in the finale because he was the baddest of the bad. So, I’m not sure what Superman thinks a pair of digital police officers are going to do with the embodiment of evil.

It’s probably stuck between the original concept of “make a Superman game” and the DC vision of “that, but somehow without violence.” Like, they had Superman saving people, they were told he couldn’t hurt anyone, so they came up with the virtual reality angle, but couldn’t just strip out the parts that didn’t make sense. I can’t believe I’m theorizing on excuses for Titus. 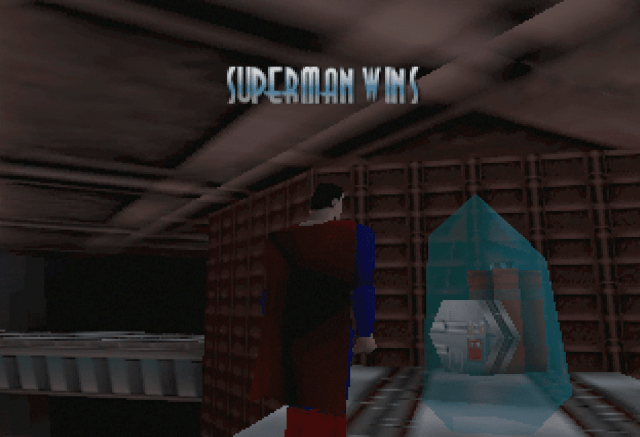 That would be bad enough, but the game is also completely screwy. Most of the times when I had to restart the level, it was because I clipped through into the matrix, and couldn’t get back out. Lex’s virtual Metropolis was obviously programmed on the cheap because the number of times that Superman experienced infinity was countless.

It also has the gall of forcing you to beat the game on Hard to get through the ending. Yeah, I didn’t know this when I went through it the first time, so just imagine the expanses of my disappointment when I progressed far enough into the game, just to be told I had to do it again.

It is pretty fitting that one of the most notoriously bad games in existence happened to press on one of my personal pet peeves. Its thoroughness is almost commendable. 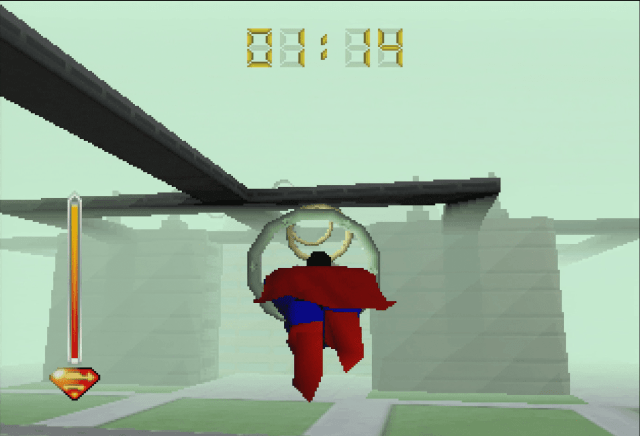 There’s actually a two-player mode. I didn’t realize this until a friend visited and immediately regretted mentioning it. It’s this bizarre dogfight between two characters in hover chairs. I’m going to assume it’s just there so they could add the two-controller logo to the box.

There’s not much as far as redeeming qualities go. Let me think. The music didn’t make my ears bleed. Oh! It’s playable from start to finish. The only limitation is your tolerance for the gameplay equivalent to the smell of sulfur.

If you’re wondering why I’m not as hard on Superman 64 as some critics, it’s because I rate them based on how much pain they cause me. While a game like Carmageddon 64 is comparable to my appendectomy, Superman is more like when I burnt my arm taking a pot pie out of the oven. Both of them are going to leave permanent scars, but only one of them required me to stay in a hospital for three days.

So, congratulations Superman for not requiring stitches, I guess.