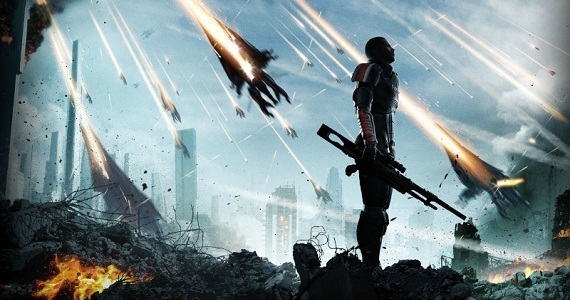 I noticed that recently there have been a number of articles regarding the ending of Mass Effect 3, but most of them don’t take both points of view into account. Some community members feel like their concerns aren’t being addressed, and their arguments are being shoehorned into “it’s not happy so it sucks”. Because a number of gamers have been invested in the series for around five years now, there’s no doubt going to be an emotionally charged discussion on this, which makes it that much more interesting.

Personally, I’ve beaten the game twice, obtained a 100% Galactic Readiness level, and completed the Infiltrator iOS app, so I’m fairly invested in the game, and would love to hear your thoughts. One friend of mine actually restarted the game halfway through because one minor non-playable character, who you only see a few times over the course of the game, died. That’s dedication!

Similar to my Vita community Feature, we want you to speak up and give your reasons for or against Mass Effect 3’s ending. After a few days, I’ll compile the results. You never know — Casey Hudson could take your idea and make it DLC!

Of course, spoilers are going to be abound in the comments — continue reading or click at your own risk.