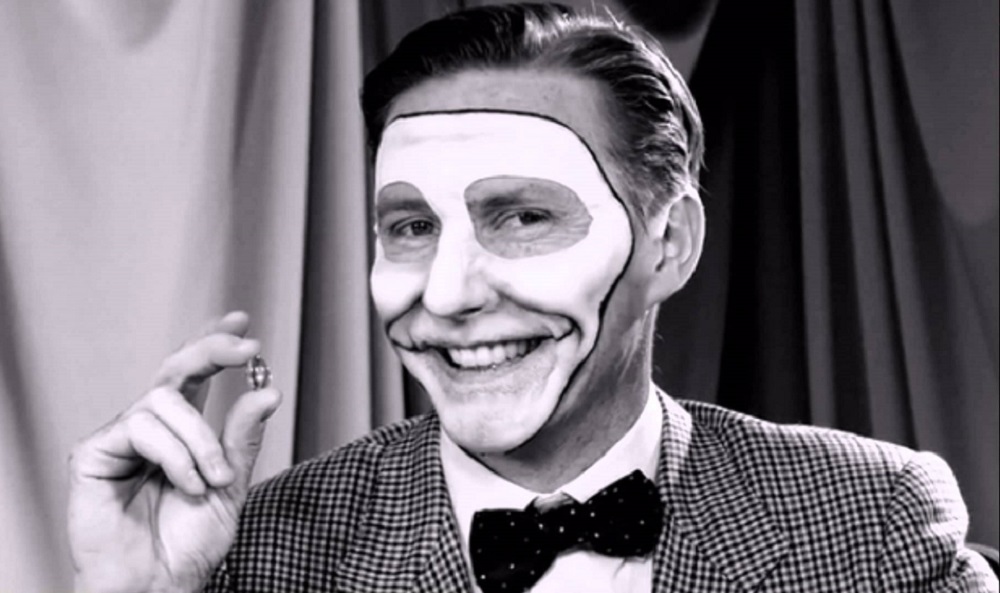 Compulsion Games’ dystopian adventure We Happy Few launches tomorrow on various platforms, but those wishing to jump into the cheery world of Wellington Wells today can do so, thanks to a free VR adventure exclusively on PlayStation VR.

Uncle Jack Live sees the player working in a propaganda television studio, where they produce the broadcasts of England’s favourite celebrity, Uncle Jack. As a producer for the Joy figurehead’s show, players can follow the doctrine of censored news being delivered to the people, or they can mess with Uncle Jack’s script in an attempt to throw him off his performance. Go fuck yourself, San Diego.

Unfortunately, there also appears to be an outbreak of Downers in the station, so players will also have to deal with those rampaging folks who just don’t seem to understand that Happiness is a Choice. Uncle Jack Live also features an archive where players can watch all of We Happy Few’s trailers, listen to its fantastic soundtrack, and watch a whopping 40 episodes of Uncle Jack’s show. Guaranteed to make you feel great about life. Or else.

Uncle Jack Live is available today free on PSVR. We Happy Few launches tomorrow on PS4, PC and Xbox One.