What’s in the box, Xbox? Series-ly

The time has come to unveil both new consoles in all their unboxed glory, which means we can take comparison shots.

Despite having “box” in the name, the Xbox box is surprisingly not as big of a box as the PS5. In fact, the Xbox box fits inside of the PS5 box. 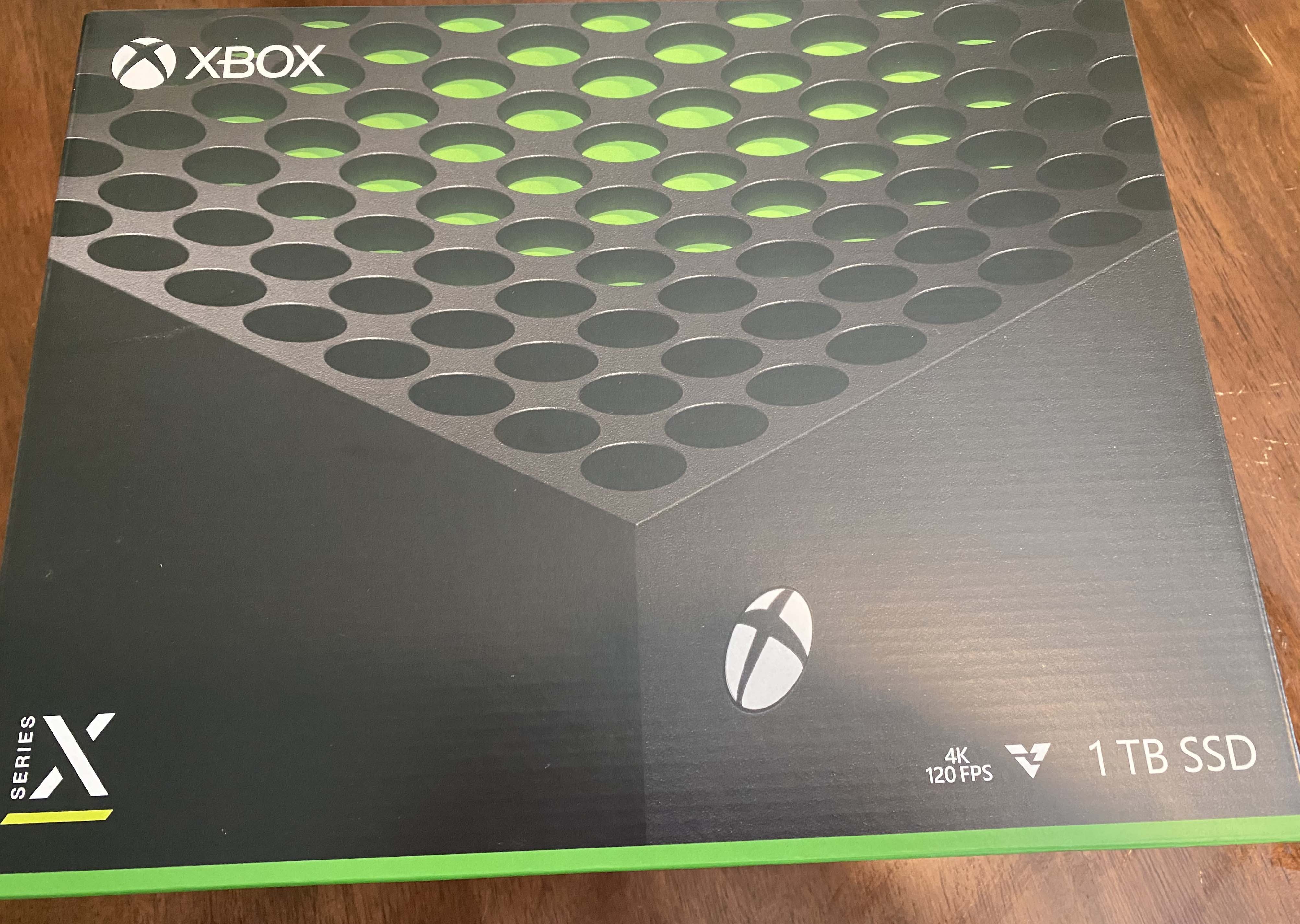 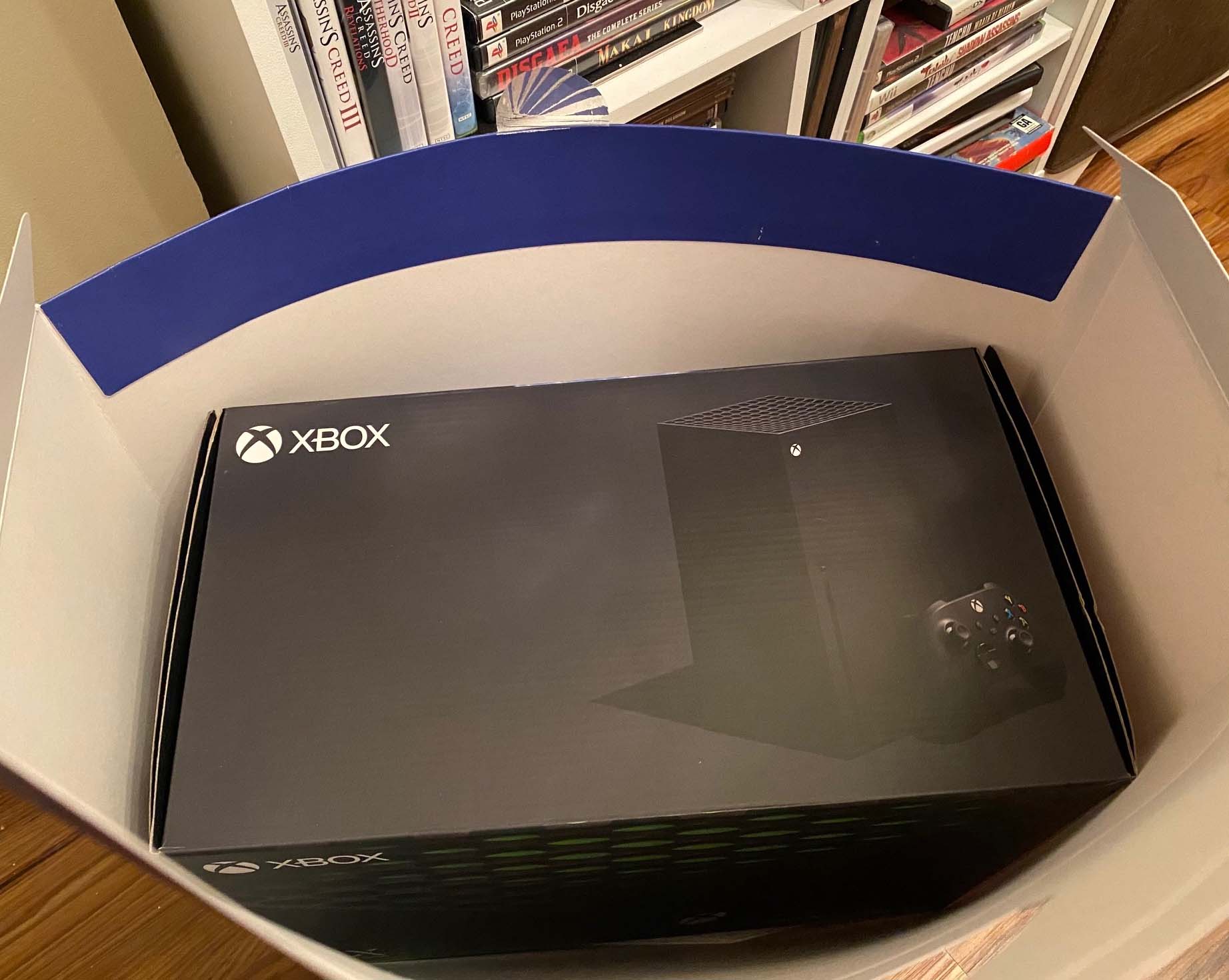 And here it is inside of the PS5 box, as promised. 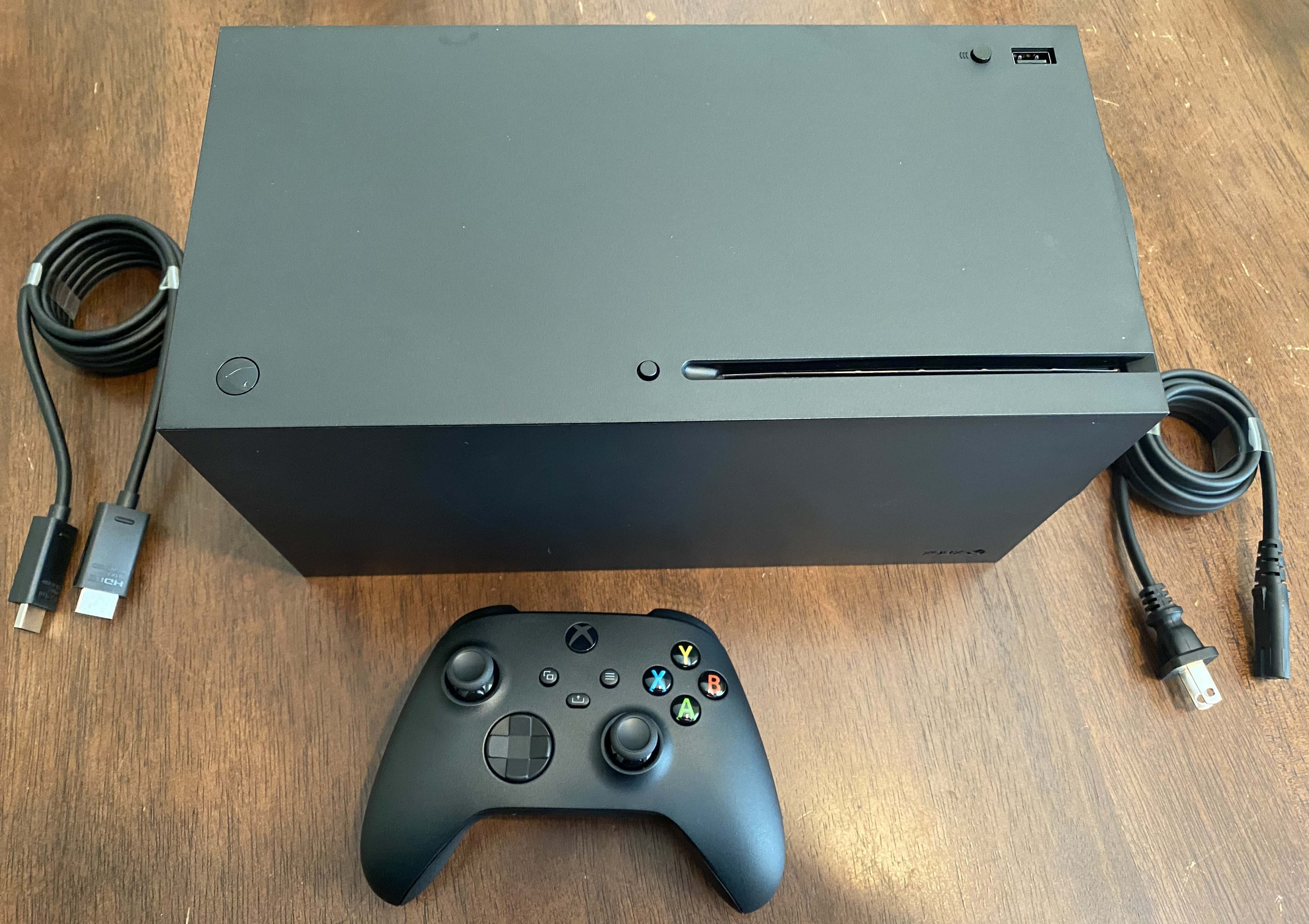 This is the front of the Series X. Note the one USB port, the ejection button (very clear and easy to find), the power button, and the sync button to easily pair new controllers. Cleverly, the sync button also doubles as a sensor to allow backward compatibility with entertainment remote hardware.

The system also comes with a power cable, an HDMI cable, and a new Xbox controller. While the look and feel is very similar to the new era of the Xbox One S line, there is one notable addition: a new “share button” below start and select (sorry, I’m still not saying “view” and “menu” if I can help it). You may also recognize this functionality from the PS4 and PS5 controllers. 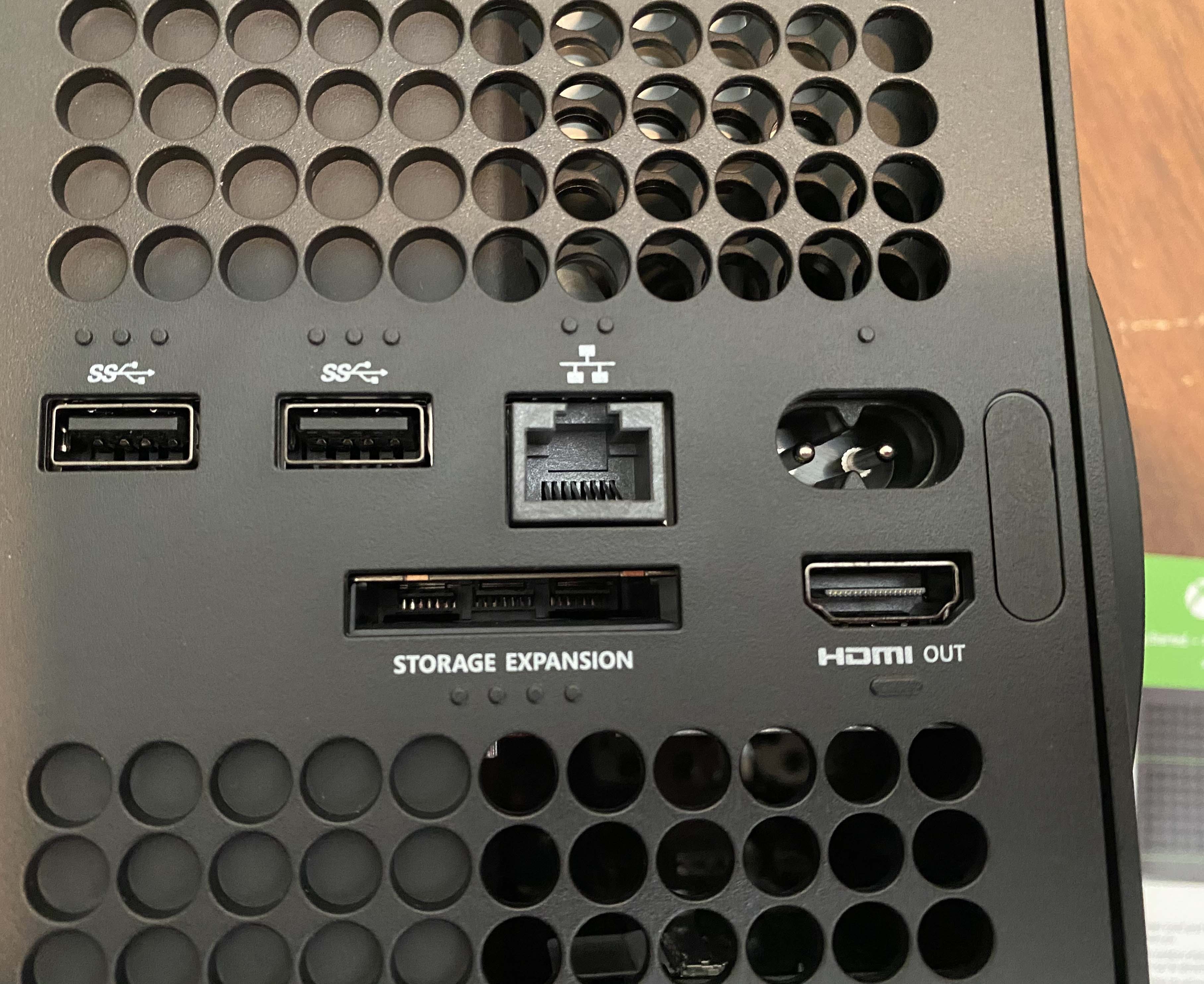 Here’s a closeup of the back of the Xbox Series X. Note the little ridges on each port. Genius! Life-saving! I can no-look hook things into the back of the unit without having to pull the entire console out of my entertainment center.

On the back of the Series X you’ll find two USB ports, an ethernet port, the spot to plug in the power cable, HDMI out, and a storage expansion slot.

That’s it! It’s a pretty simple design that doesn’t take up a lot of space. We’ll have a lot more to say on the Xbox Series X closer to launch.