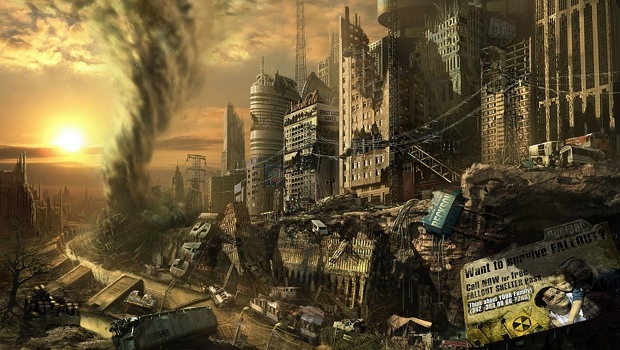 Want a Fallout television show or movie? That may happen. Joystiq recently spotted two Bethesda Softworks trademarks that indicate that the studio behind Fallout 3 and Oblivion is looking to take the Fallout in two very interesting directions.

The first trademark, the television related one, says quite simply that Bethesda desires to use Fallout for “entertainment services in the nature of an on-going television program.” The other trademark is for “motion picture films about a post-nuclear apocalyptic world.” Both trademarks were filed in early February.

I’ve been thinking deeply about these two trademarks for the last seventeen seconds and I firmly believe that anything Fallout Bethesda creates or pitches in a non-videogame related capacity should be animated. I like cartoon doggies … and corpses. Make it happen, Bethesda.