Odds are if you started World of Warcraft in the last few years, you may not have even seen several of the zones — or entire expansions for that matter. Old content has long been a burden or a boon for MMOs, and when you’re knee deep in six expansions, the prospect of starting one up can seem insurmountable.

Patch 7.3.5, which dropped earlier this month, changes that with a complete world overhaul, introducing level scaling into the mix. I talked to Paul Kubit (senior designer) and Shani Edwards (producer) about how the community has been taking to this shakeup. 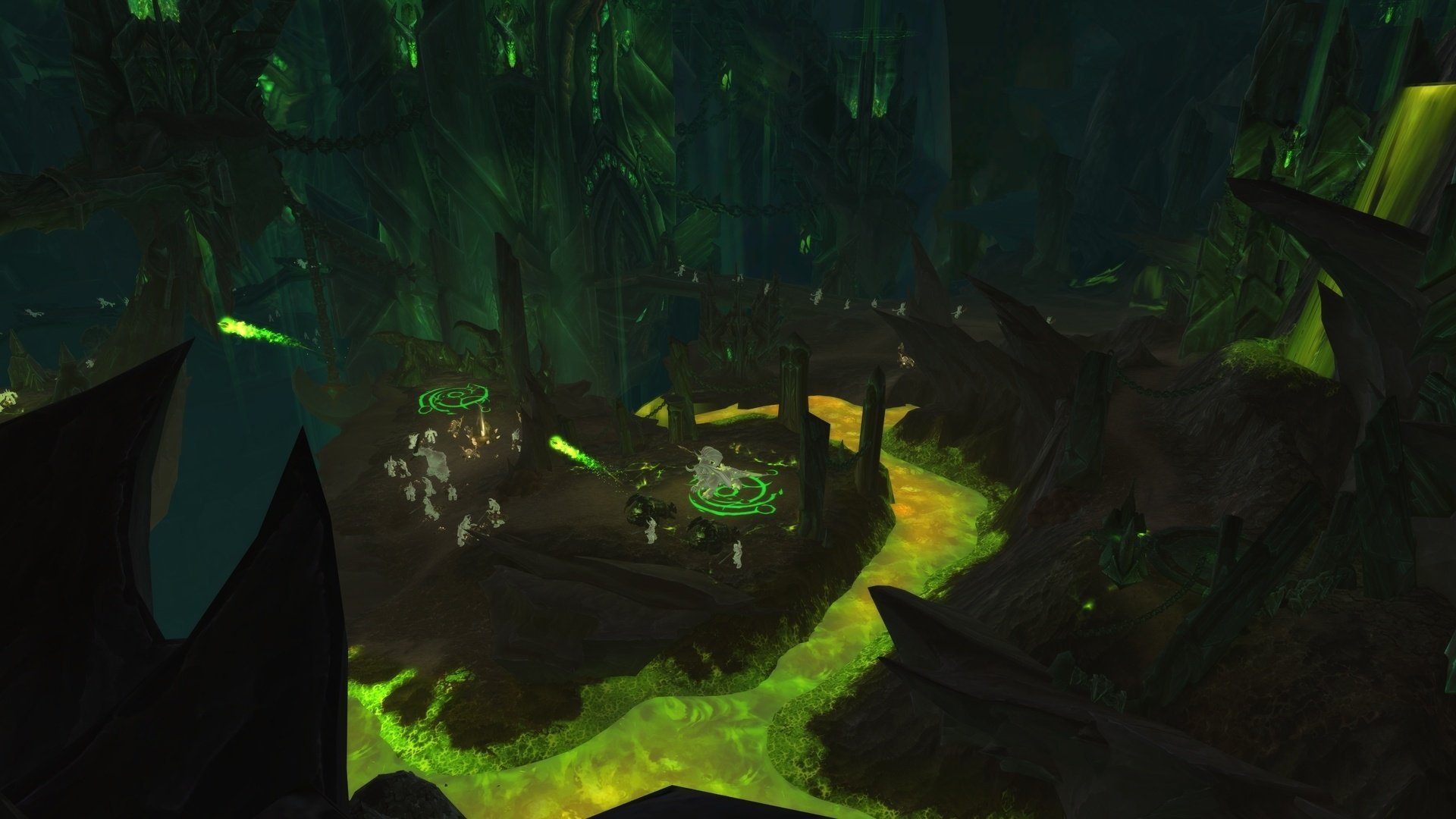 As always, the team is taking in and assessing a lot of positive and negative responses from the level scaling. I’ve seen the myriad posts that are decrying it, but I wanted to see how it was going internally. Paul Kubit chimed in, noting, “We’re really excited about the feedback we’ve seen from our community about how they’re rediscovering the old world, finishing out zones and revisiting favorite storylines, or jumping to another part of the world that previously may have felt unrewarding or inefficient. It’s been a lot of fun for the team as well—the other day, we were just leveling characters in Eastern Plaguelands and could really enjoy watching that story play out, whereas before, we’d be outleveling the zone just as the story was ramping up.”

Explaining their position further, he explains, “our goal with the level scaling was to provide more ways for players to carve out their own story in Azeroth, whether that’s focusing on certain storylines in favorite zones or choosing which expansion to go to next. As you can imagine with a system this big—and with recruitment for Allied Races opening up early for players who have bought Battle for Azeroth—we’re keeping a close eye on players’ experiences and making any necessary adjustments as quickly as we can.” Edwards also adds that the new allied races portion should encourage players to go back through the game with the scaling system in place, as they’ve added new details to their storylines, like why they end up being a part of either faction — pragmatically and thematically.

Some people are particularly upset about how scaling impacts instanced content, like old dungeons or raids. It was commonplace for players to go back and solo old content for fun, and there was a particularly nasty bug involving raid scaling that reared up at the launch of 7.3.5. It’s since been fixed, but Kubit fields this one: “We’re definitely watching how players are engaging in the level scaling. One of our goals was to make it so players have reasons to use more of their available abilities while leveling up—but we also don’t want people to feel overwhelmed, and we have made several adjustments to older dungeons and raids that were more challenging to run than intended. Most of the outliers should be fixed now, but we’ll continue keeping an eye on the feedback and will make any changes necessary.”

I was also curious how boosts stand in the current leveling “meta,” as it were. For those who are unaware, back in 2014 with the Warlords of Draenor expansion, Blizzard started selling $60 level boosts so that you could immediately start playing new content without going back through the old world. It’s a system that makes a lot of sense (some of your friends might not want to go back through five expansions worth of leveling just to play with you), but I asked the team how it fits with the scaling system meant to incentivize leveling. 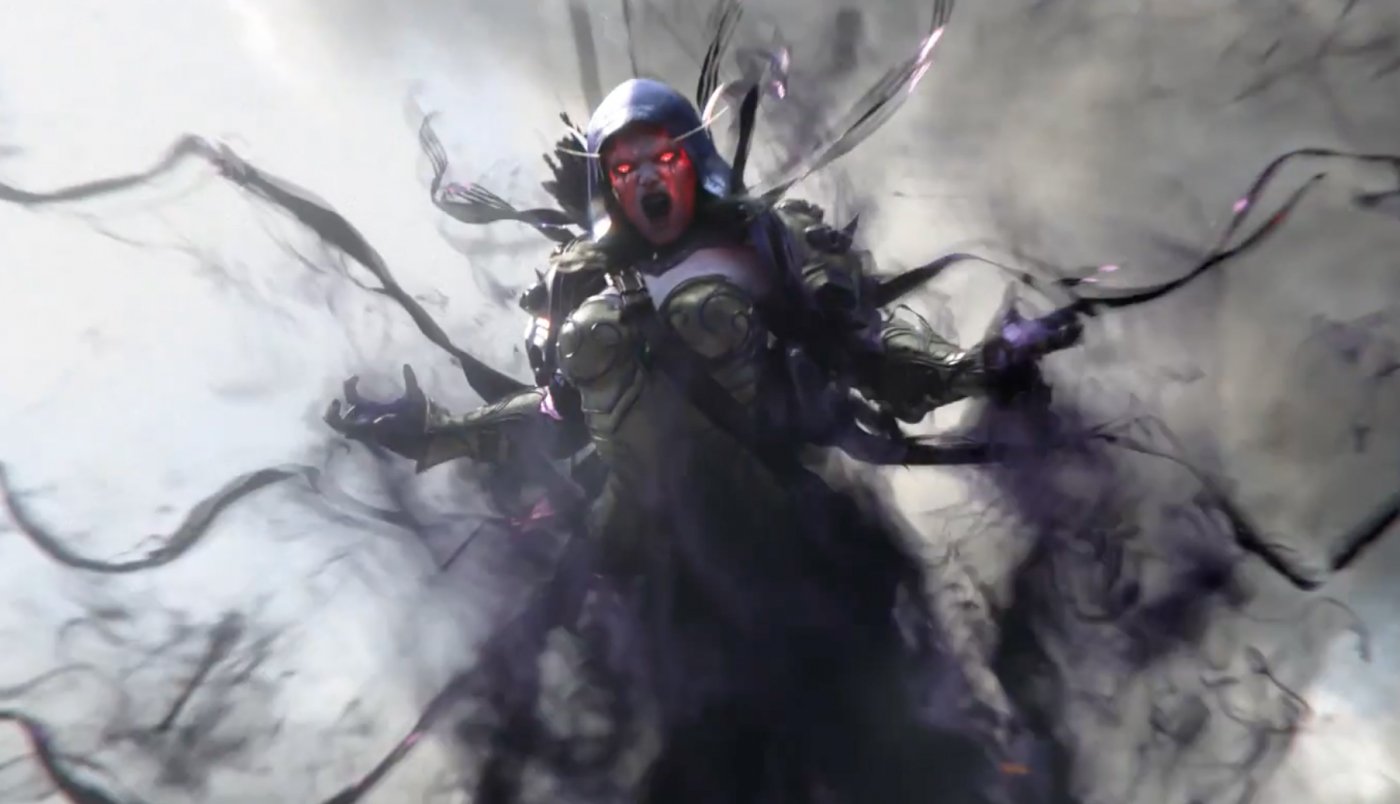 Edwards retorted: “We want to give players options. If you want to have the experience of leveling a character, the new level scaling provides more choices as you journey in the world. If you want to immediately get to the latest game content, then maybe the boost is for you. If you’re a new player, leveling another character, or have recruited an Allied Race and are on the way to unlocking their Heritage Armor, the new level scaling opens up all of those adventures so you can make it even more your own.”

As we start to move out of Legion (the current expansion) and into Battle for Azeroth later this year, it’s important that both players and the team reflect on what worked and what didn’t. Speaking to the game’s director Ion Hazzikostas a few years back, I got the sense that they really knew they had messed up with Warlords of Draenor, and vowed to get that trust back with Legion — a mission I feel they succeeded at. Kubit and Edwards spoke a bit about how they’re going to keep that train going when Battle arrives.

Kubit kicked off the conversation, stating, “One of our goals with Legion was to continually provide a wide range of engaging content for players, whether it’s taking them to new epic new places like Argus or adding in fun recurring micro-holidays. Just recently, we released the final Raid Finder wing of the climactic raid on Argus – Antorus, the Burning Throne. Many players are continuing to work on earning a number of Legion accomplishments, and we have a new Battleground on the way as well as additional story beats to connect what happens at the end of the fight to Argus to Battle of Azeroth. We also just opened up the Allied Races recruitment journey for our players who have bought Battle for Azeroth, and the new level scaling encourages players to revisit some of their favorite or undiscovered places in WoW. We’ve been really happy with players’ response to these different experiences, and we’ve learned a lot that we can build on in Battle for Azeroth.”

Edwards then chimed in with the beat we heard quite a bit during BlizzCon, “The end of the Legion also marks a turning point for Azeroth. One of the things we love about WoW is that faction—Horde or Alliance—is a core part of players’ identity, and it’s threaded throughout the entire game. Now that the threat of the Legion has been dealt with, Battle for Azeroth will place the conflict between the Horde and the Alliance front and center.”

Whatever the future may hold, I came back from a hiatus taken near the middle of Warlords for Legion and have been playing ever since it launched in August of 2016. The level scaling changes, while controversial, are a brilliant way to keep people interested until Battle for Azeroth.