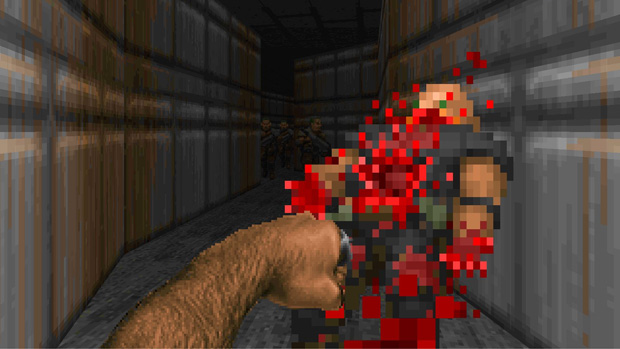 Bethesda said its big reveal of Doom — that is in fact “Doom,” not “Doom 4” — at QuakeCon would be for attendees only, not for us Internet ne’er-do-wells, but I still watched the QuakeCon stream like a sucker, anyway. When it came time for the Doom part of the presentation, id Software’s Tim Willits waved goodbye and the stream went offline. They really meant it!

Shaky-cam footage hasn’t shown up yet (it will; it must) but people have been livetweeting about the event’s single-player demonstration. No footage, but plenty of details to go on for now:

So far, so good. Doom will launch on PC, Xbox One, and PlayStation 4.