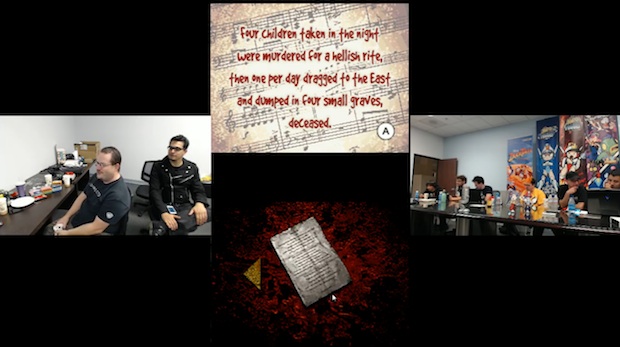 Jump to about the 5:30 mark in this WayForwardTV stream capture to hear about Wayforward’s ne’er released Silent Hill game.

WayForward says that this work pre-dates Contra 4, from 2006 They put it together because Konami was interested in doing a portable Silent Hill back then. They used James Sunderland, some assets from Silent Hill 2, and their love of the series to put together this fully polygonal demo.

It’s short and rough, but I think it looks pretty neat. James looks surprisingly good for DS play, and I like the idea of the first-person bottom screen view. You can see that they’ve used a touch interface for puzzle solving with the piano, too. And even though this is just a demo, they lead with dead children in the first clue. Nice!

As a bonus, stick around to the 24:00 mark and see a second demo running on PS3. This eventually led to their Book of Memories.

Look, WayForward. If you ever end up making another Silent Hill game and forget to call me, I’ll dive into a Scrooge McDuck-style vault filled with broken glass shards. Just listen to my Silent Horror soundtrack for proof that I have the chops for this kind of soundtrack. Jake can do the sound design.