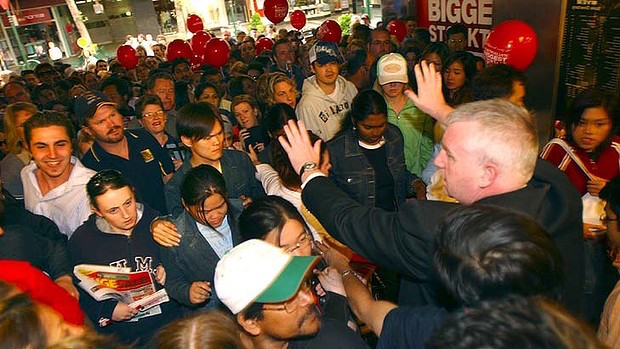 That’s one for every Robin made

The highly anticipated fourth wave of amiibo figures hit stores today and by all accounts sold out within a matter of minutes. This should be good news for Nintendo, but sources within the struggling video game company say management is upset after it was discovered only 10 of its dedicated fans were crushed to death in the stampede to buy the toys.

Michael T. Schelf, a representative from the Nintendo World Store in New York City, said the company was riding high after the bloodstained launches of the first three waves. According to Schelf, going into today all indicators pointed to a death toll that could rival even the busiest pilgrimage to Mecca.

“With Ness and Jigglypuff, we had high hopes for this wave,” Schelf explained. “When wave three launched back in February, it was so cold in the city 11 people died just standing in line waiting to get indoors. 11 people at just our location. With wave four only one person here died, and it was an elderly gentleman whose family tells us had a pre-existing heart condition so we’re really not comfortable adding him to our total.”

While many may balk at the idea of Nintendo getting excited about customers literally killing one another to get their hands on an amiibo, Schelf says those deaths are vital to the company’s success.

“We expect at least 40 to 50 people to die every time we release these things. Not only does it remind us of the ridiculous power we hold over our fans but it also cuts down the number of people bitching about not getting one.”