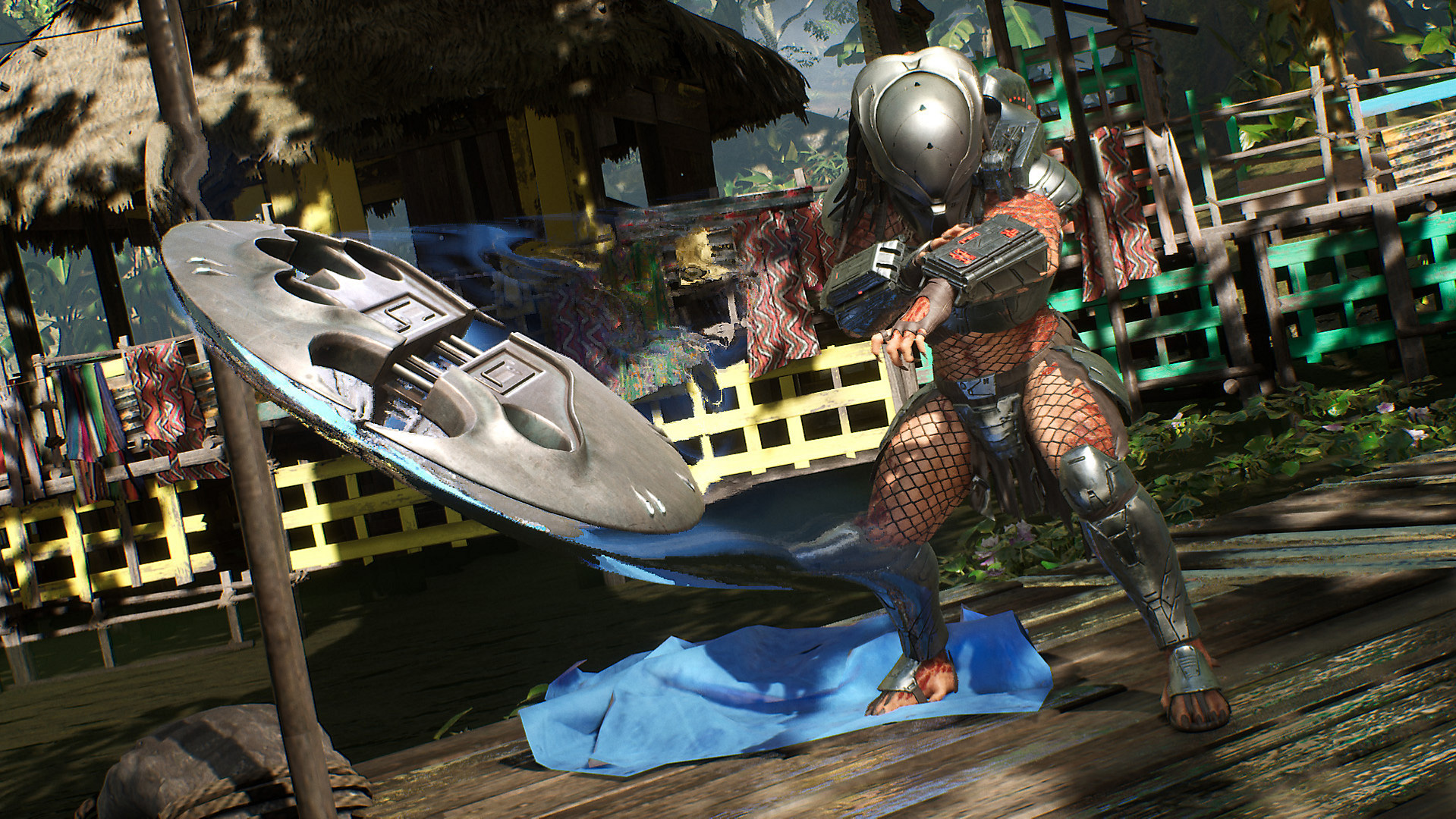 The folks at IllFonic uploaded a near-half-hour-long “developer playthrough” for Predator: Hunting Grounds, and if you missed the 4v1 game’s pre-release trial last month, it’s a good way to catch up.

It can be overwhelming to learn a competitive game when teammates are counting on you to perfectly slot into their plan of attack but you haven’t learned the “unspoken rules” yet, so I appreciate the chance to get some pointers straight from the source. The video’s multi-screen format is super helpful.

“Probably the most important thing about being a Predator is making sure you pick your moments,” lead designer Jordan Mathewson said while perched on a tree. “I could run in right now, and I probably would succeed… but I have the perfect opportunity now for [the Fireteam] to get sidetracked by the AI.”

As I was telling Brett this afternoon, you can cake yourself in mud, and the Predator can win even in defeat with a smart self-destruct sequence. These are the details I care about in a Predator-versus-soldiers game. If IllFonic can continue to smooth out performance and balance issues, I’ll be stoked.

The developers also recently shared the 1.0 patch notes for Predator: Hunting Grounds based on player feedback from the public trial. One of the big changes: the Predator now has stealthier footsteps. The team’s post-launch plans will kick off with a free content update dropping in “a little over a month.”

I’m expecting a good-at-best game that’s brimming with authenticity – nothing more, nothing less.