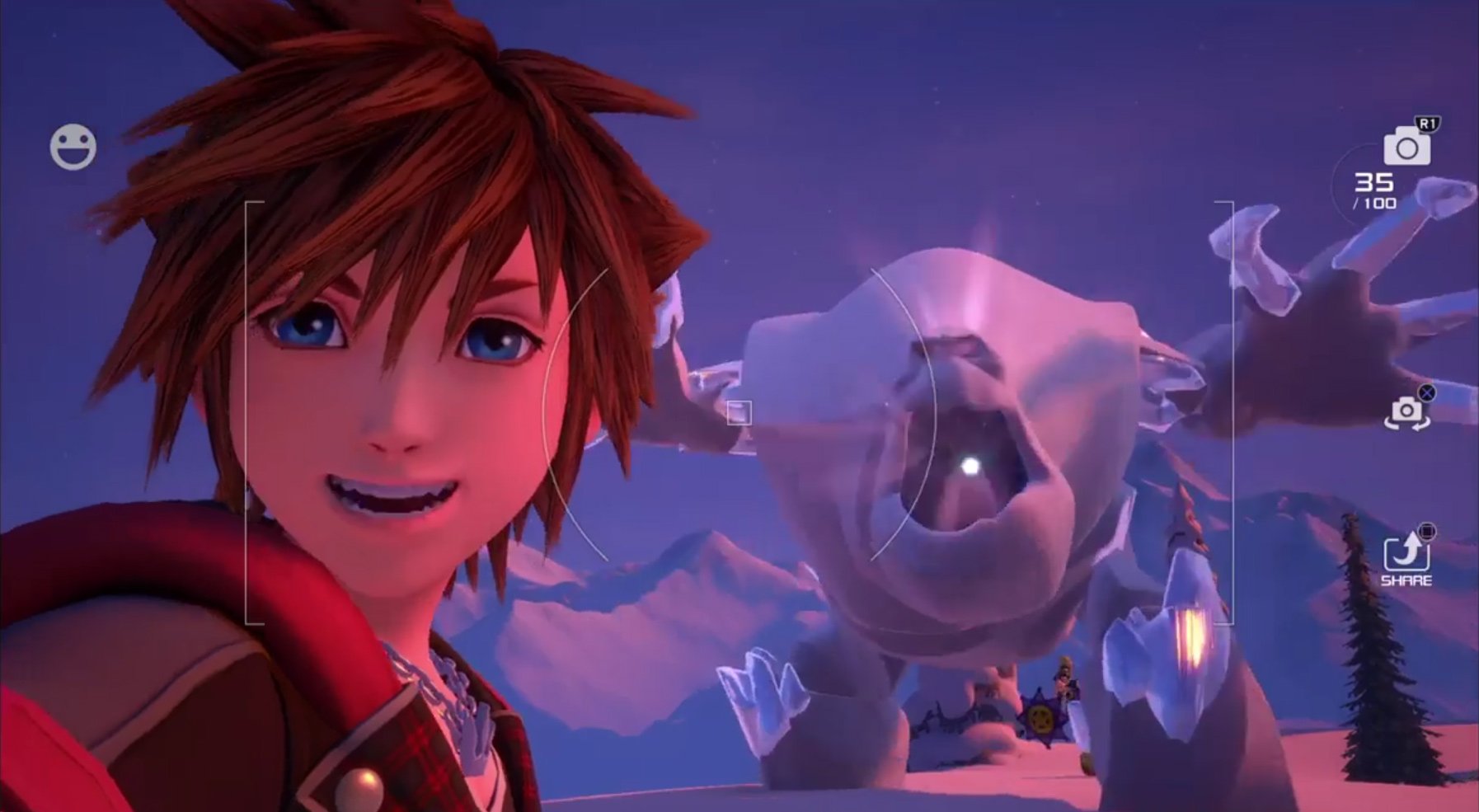 My progress in Kingdom Hearts III has been more slow than steady. It’s my first time diving into the series, so getting a feel for Nomura’s familiar yet also totally bonkers universe has been an… adjustment. The sluggish and expository dialogue can be grating. I’m understandably not invested in every character or plotline. The combat feels like it’s still opening up. But the charm! It’s palpable!

There’s some give-and-take, but overall, I’m glad I took a chance as a first-timer and I don’t see that sentiment changing anytime soon. As a duo, Donald and Goofy consistently crack me up (both intentionally and unintentionally), and the highest high so far — the Toy Story world — felt like being wrapped in a fuzzy blanket fresh out of the dryer. I think I’m even starting to warm up to Sora.

If there’s one aspect of Kingdom Hearts III that I can cherish without hesitation, it’s the selfies. The game incorporates photo taking in a natural way by giving Sora a literal phone, rewards you for snapping pics, and there are plenty of opportunities for silly interactions. Selfies provide much-needed levity.

Sora can be frozen solid, mid-selfie, which is the exact sort of thing that makes me want to stick around and dig deeper into this ridiculous game. Sometimes it’s the little details that matter most.