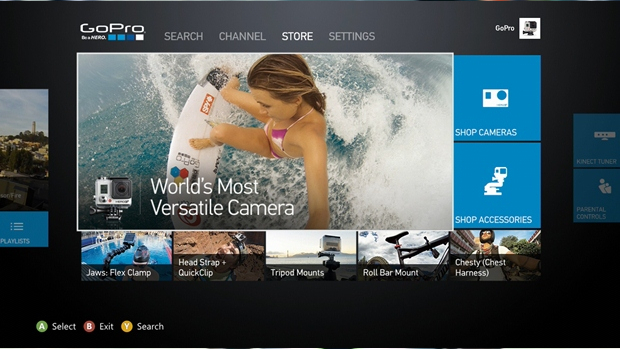 Look, lions are wild animals and you should not endeavor to hug them. This is not a Disney movie.

Camera-maker GoPro is partnering with Xbox to create The GoPro Channel app, through which you can stream curated GoPro footage. You can also buy GoPro cameras and accessories directly through the app, which is a first for Xbox, aside from the Pizza Hut ordering app.

The app is coming to 360 in spring and One in summer for Xbox Live Gold members.

Xbox Live Gold: We let you buy cameras from our partners (after we made you buy a Kinect). You’re welcome.