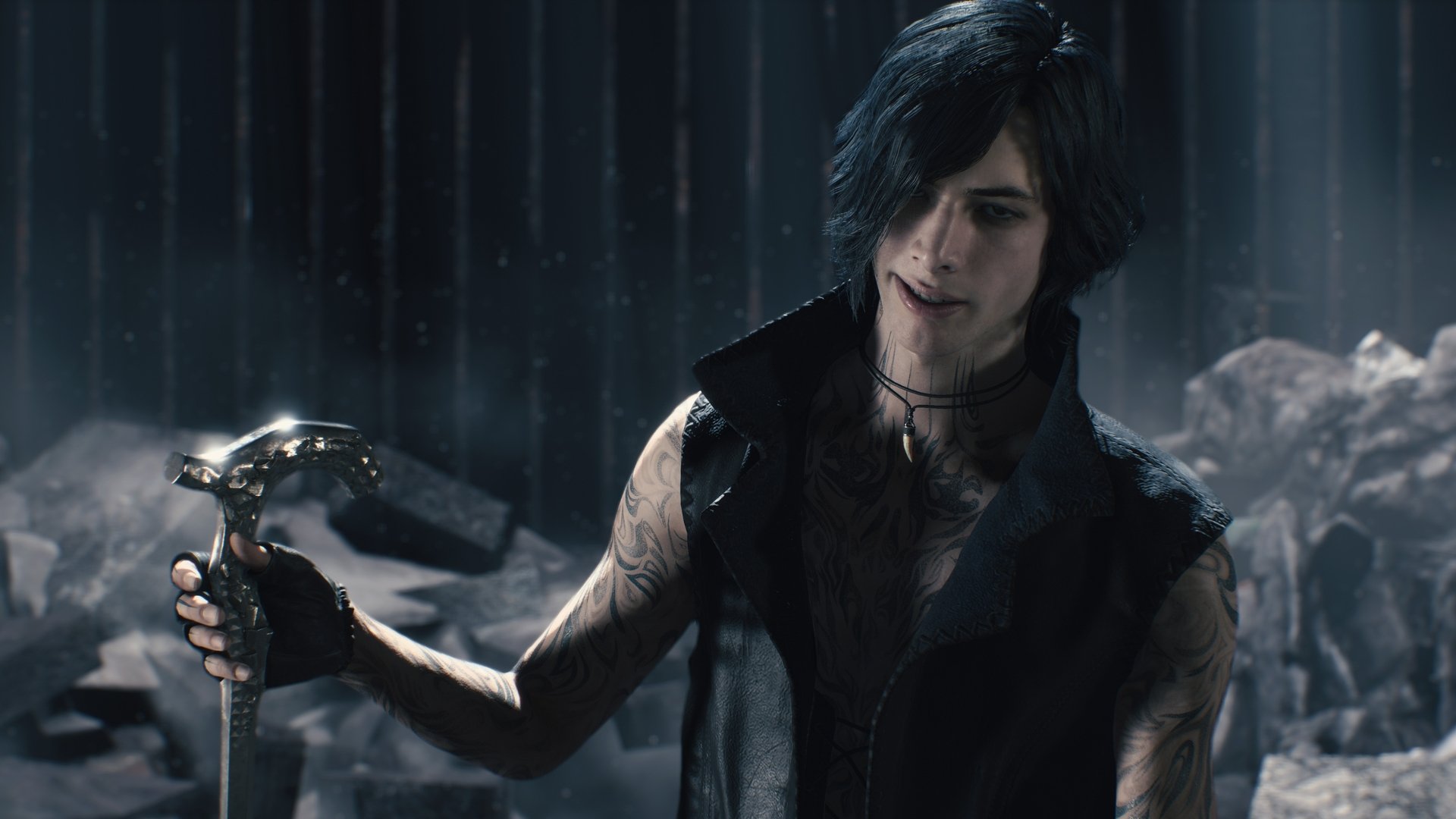 Also watch out for spoilers

Devil May Cry 5 is shaping up nicely, and we’ve seen quite a bit of gameplay since that one relatively short and cinematic heavy E3 clip.

Now we have a good idea of what the soundtrack entails, the style of all three playable characters and even bits and pieces of the narrative. Speaking of the latter: if you want to go in blind you should probably skip this newest V-centric trailer.

As Capcom has already established, V is the mysterious new cast member who summons multiple demons as his primary mode of attack. I’m not super into V, but I really dig the option to play as a third character that uses summons as the focus of his fighting style.