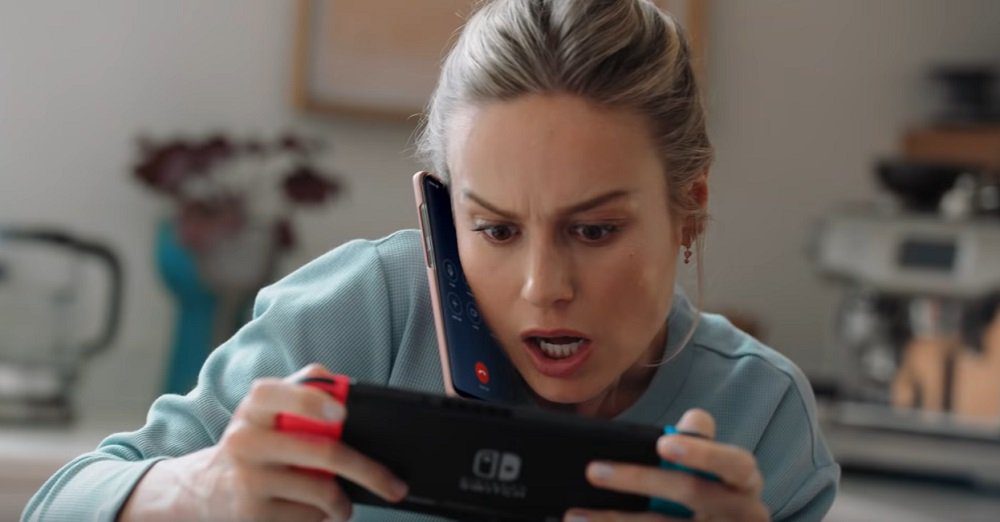 There’s a moment in Marvel’s Avengers: Endgame where we visit the all-new Asgard, relocated to a small fishing village in Norway. There we discover that not only has Thor become your mateâ€™s impression of The Dude, but more disturbingly, Fortnite has survived the apocalypse. Is there no escape?

Regardless, it seems that Thor – along with his running buddies Korg and Miek – are not the only members of the MCU that enjoy a spot of “Where We Dropping, Boys?”. As this new commercial from Nintendo demonstrates, Captain Marvel herself, Brie Larson, can be found cosied up with her Switch, killing time between feeding Goose, head-butting Thanos, and punching out Jude Law.

Also featured in the commercial are popular social sim Animal Crossing: New Horizons, and exercise app Ring Fit Adventure. Now I’m not promising that spending your mornings bending a rubber wheel in front of the TV will afford you the ability to fly straight through The Black Order’s Q-Ship, but clearly it worked for Carol/Brie/Captain, and maybe it could for you too.

Just remember to watch out for “NoobMaster69”, he’s a little weasel.