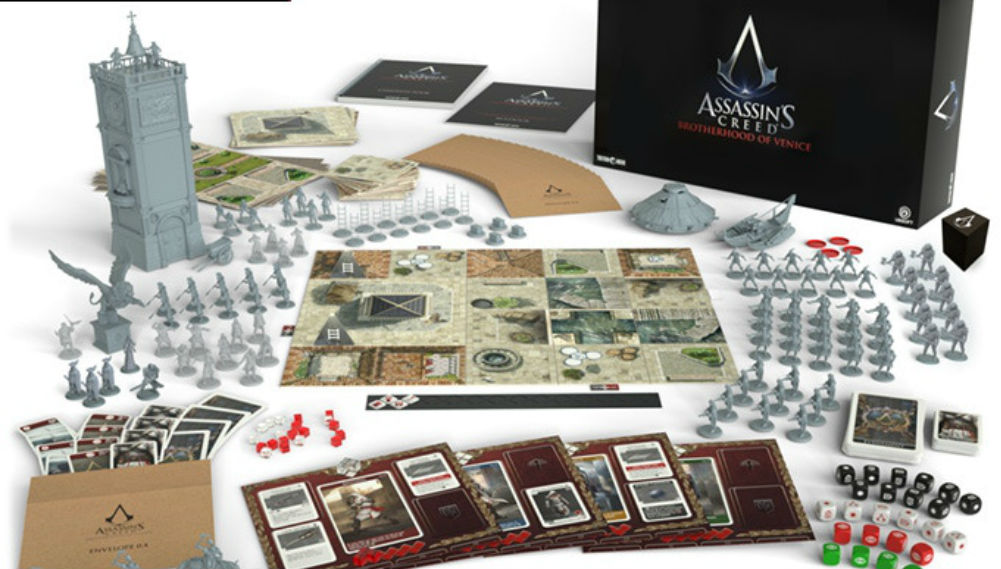 Did you know there’s an Assassin’s Creed board game in the works? I didn’t. It’s being made by a team of ex-Ubisoft developers, and it looks like it’s loosely based on the game V-Commandos, which has been compared to video games like Commandos or Shadow Tactics. Basically, you control of team of assassins, each with his or her own special abilities, sneaking around, stealth killing dudes. Seems like a perfect fit for the franchise, right?

Assassin’s Creed: Brotherhood of Venice is on Kickstarter right now with six days left in the campaign, but it’s already far surpassed its initial funding goal of about $100,000. At almost seven times the goal and still climbing, it has added a ton of stretch goals already. This thing is going to be just littered with plastic figures, including a giant tower! Yes, I will physically push the little people off it during a game.

It’s almost serendipitous that we’re hearing about this today, because the team plans to do a live stream of gameplay using a prototype. That’s going on right now on the Kickstarter page.